Mysore is a heritage city and pride of Karnataka. It is a beautiful city with rich history, legends, monuments, educational centers, kings, palaces, museums, lakes, parks, culture, literature, arts, and abundant natural resources. I am of the opinion that the blessed live in a city like Mysore, not high tech and fast, but real and classy. Mysore is situated at 2,200 sq feet above sea level and the reason why it enjoys a healthy climate. 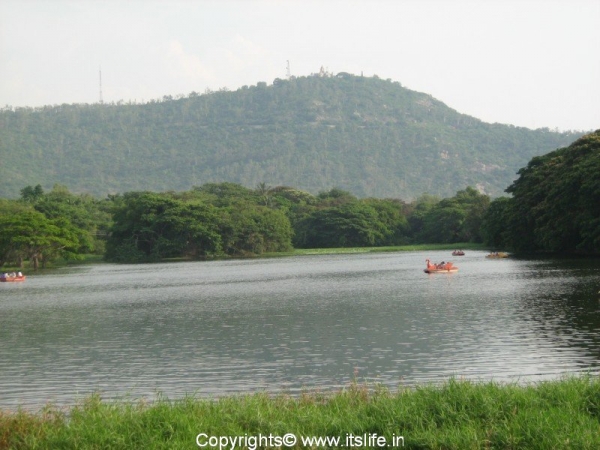 The Wodeyars, who are the direct descendants of the Vijyanagar Empire of Hampi, ruled the erstwhile Mysore state. The state Anthem of Mysore was sung in all the schools before independence.  After India gained independence from the British, Mysore state was merged with a number of neighboring states to form a single state named as Mysore and later was renamed to Karnataka. The last king was Jayachamarajendra Wodeyar and the scion of royal family Srikantadatta Narasimha Raja Wodeyar designer and politician still lives in the private quarters behind the Amba Vilas palace. (Updated on 1st Oct: Srikantadatta Narasimha Raja Wodeyar is no more). 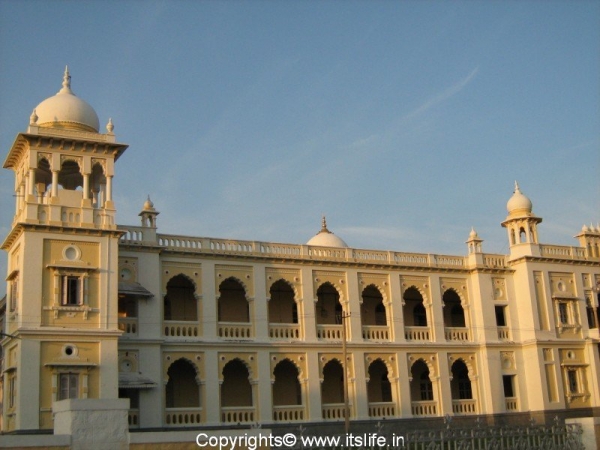 The kings apart from ruling have contributed a lot to the development of the city.  The interests of the people were always on top of the mind of the royals. This is evident in the tree-lined roads, boulevards, educational institutions, dams, parks, lakes etc., etc., 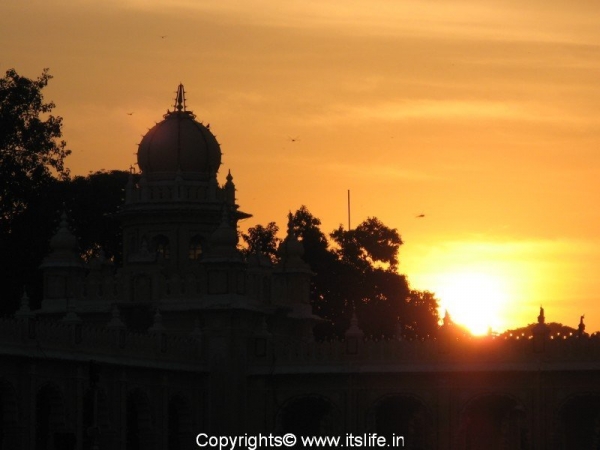 Whether it is Mysooru or Mysore it is on the must visit itinerary of every tourist visiting the state or country. Shopping and eating out is another unique experience in Mysore. Mysore silk saris are famous for the purity of the silk and golden Jeri / brocade. It is considered an asset to possess a Mysore silk sari. Beautifully crafted and naturally scented curios made of Sandalwood and Mysore paintings are a gift to be wrapped for your loved ones. Taste Mysore with a bite of delicious Mysore Pak and Mysore Masala Dosa. 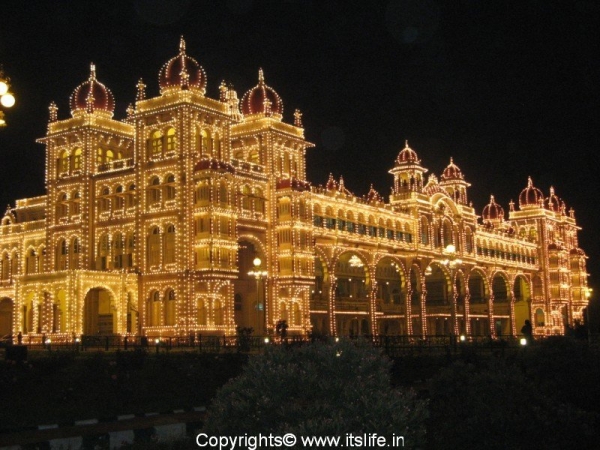 Dasara festival is regarded as the “Nada Habba” and celebrated for 10 days with great enthusiasm. The festivities culminate with an annual Dasara procession and Torch light parade.