You must be wondering how the Nishat Bagh (garden) in Srinagar has landed in Mysuru situated in South India. Well, the imagination of creating such gardens for the citizens of Mysuru city to enjoy was none other than the Mysuru monarch Nalwadi Krishnaraja Wadiyar. How lucky Mysuru citizens were who had an able ruler like Nalwadi Krishnaraja Wadiyar who thought that what he enjoyed in Srinagar in 1931 or 1932 should be recreated for the benefit of his subjects. 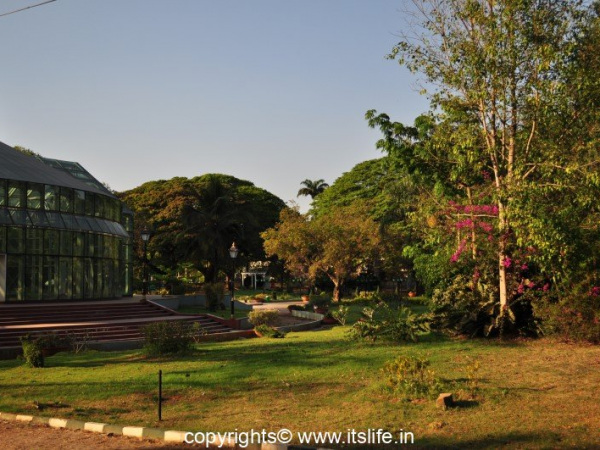 He sent Dewan Sir Mirza Ismail to study Nishat Bagh and other gardens in Srinagar and provided the fund for creating a similar one in Mysuru. Thus, Nishat Bagh came into existence with a beautiful glass gazebo at the center of the garden known as the band stand. Nishat Bagh is also known as Sunnada Kuppanna Park. 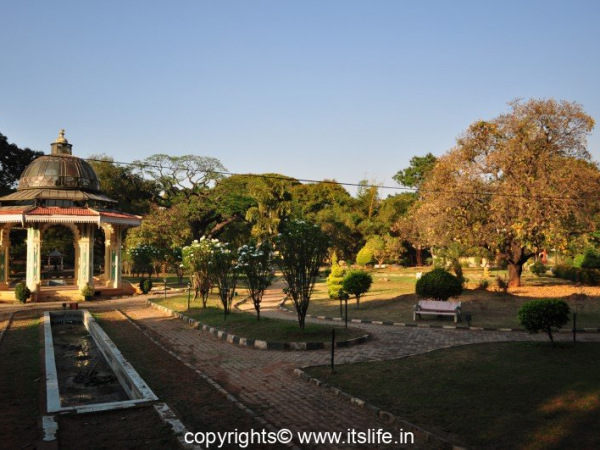 The centuries old trees have witnessed the rise and fall of the garden along with the senior citizens of the city. My relatives remember Nishat Bagh as a beautiful garden with palm trees, rain trees, flowering trees, and the police band playing both western and Indian music in the band stand (gazebo). 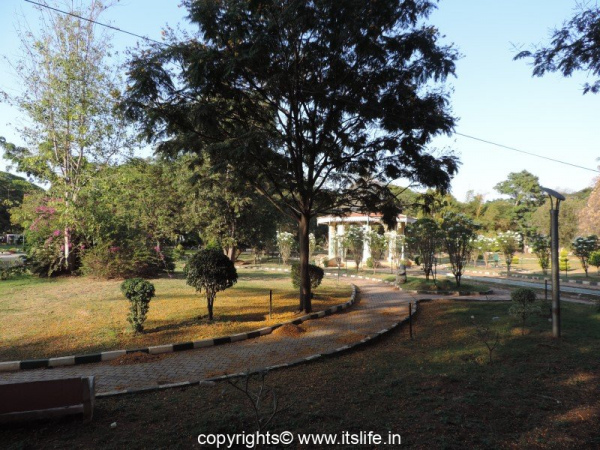 It used to be a pleasant outing for the family in the garden. 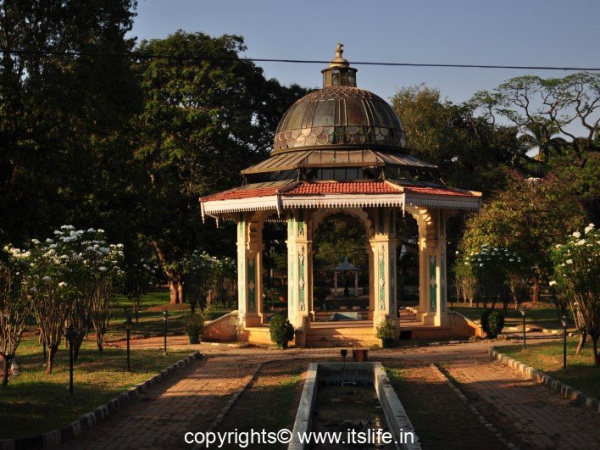 The gazebo or the police band stand is the star attraction in the garden. The dome of the gazebo has glass panes shipped from Belgium. The Dashavatara (ten incarnations of Lord Vishnu) is painted with Mysore style of paintings on each of the glass pane using a burning technique. You can see similar style of paintings in different themes in the Kalyana Mantapa (marriage hall) inside Mysuru palace. 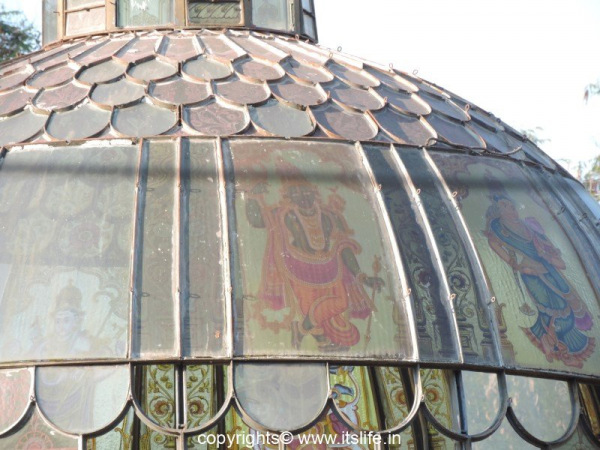 Railings of the gazebo to hold the dome is made of cast iron moldings imported from Glasgow, Europe with intricate designs.  The pillars are shaped beautifully and painted. 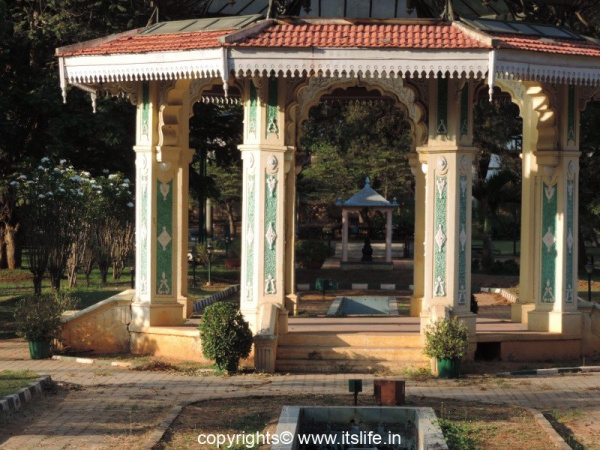 The famous Dasara flower show in held in Nishat Bagh every year.  A massive glass house is constructed in the garden to display flowers. 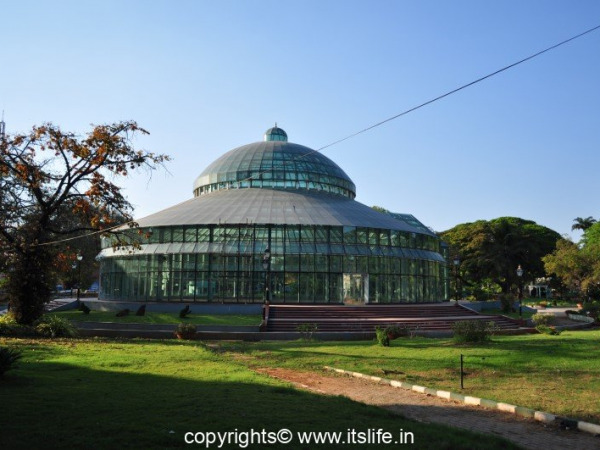 I hope the grandeur of yester years is reinstated and the police band starts playing again at the band stand. 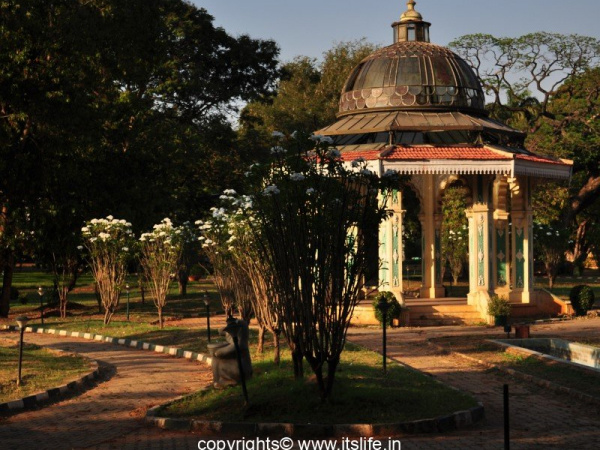 Rekindled my interest in the bandstand and the beautiful gardens surrounding this wonderful wrought iron structure. Reminds of the Moghul gardens. Thanks for the write up with pics.