Every time I have zipped past the strip of a park in front of Landsdowne building in Mysore with the statue of Thataiah, I have wondered who this “Thatha” (grandfather) was? Now I reveal to myself and to you who this important citizen of Mysore was and about Thataiah Park, Mysore. 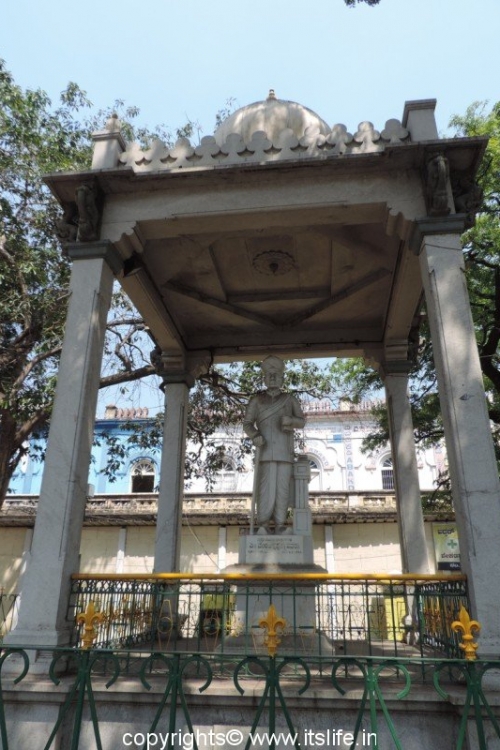 M. Venkatakrishnaiah (1844–1933) was fondly referred to as the grand-old man of Mysore or Tataiah. He was a pioneer of journalism, author, social reformer, educator, civil servant and philanthropist. He was born in a poor family at Magge village, Heggadadevana Kote, in 1844. Ravindranath Tagore, Vivekananda, Jawaharalal Nehru, and Mahatma Gandhi have recognized the selfless services of M.Venkatakrishnaiah. Mahatma Gandhi called him as ‘Bheeshma of Mysore’. He was loved and respected by the people of Mysore and also people in authority.

He was aware of the intelligence of Sir M.Visvesvaraya and was instrumental in bringing him to Mysore from Bombay (Mumbai). Thataiah convinced the then Maharaja of Mysore to appoint him as the Diwan of Mysore state.

Freedom fighter:
M. Venkatakrishnaiah was a member of the Representative Assembly and a buddy of the first Dewan of Mysore C Rangacharulu. He founded the Mysore unit of the Indian National Congress and led the Satyagraha Movement Mysore. He led to establish the Mysore State Railway labor union to fight for the rights of the workers. M. Venkatakrishnaiah wrote thought-provoking articles during the British reign, which helped spread nationalism. 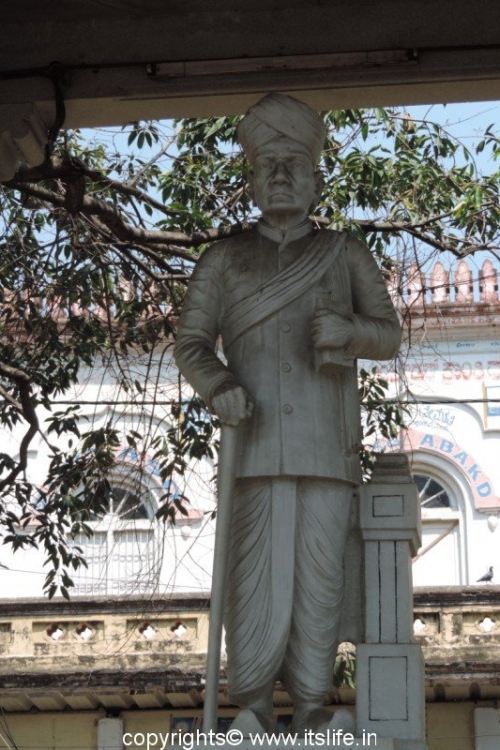 A firm nationalist, M. Venkatakrishnaiah had stated his views against the British and disagreed with the official point of view on various issues. He had criticized the British when Bal Gangadhar Tilak was convicted of treason in 1897.

Tatayya’s contribution to Kannada literature consists of ‘Dhanarjaneya Krama’ (How to earn money), ‘Choragrahana tantra’ (the technique of detecting thieves), ‘Telemacus’, ‘Vidyarthi karabhushana’ (Students manual) and so on. In recognition of its work, he was elected as the president of the Akhila Bharatha Kannada Sahithya Sammelana held at Davanagere.

Social Reformer:
He campaigned for the cause of education for girls and along with Ambil Narasimha Iyengar they started the Maharani’s School. He fought for uplifting the poor and downtrodden. He struggled hard to eradicate untouchability, caste system, and remarriage of widows.

Educator:
He was a teacher in Marimalappa’s school and retired as the headmaster of the same school. He is main contributor to make Mysore the “Shikshana Kashi” (educational capital) and a model city. He was in the forefront of the educational movement though his formal education was only till Matriculation. He taught for four decades in various educational institutions.

Philanthropist:
He was the founder of Ananthalaya, an institute to help destitute and orphans. It is one of the oldest charity institutes in the region. He supported the Pinjarapole, the animal care center.

Park:
To honor M. Venkatakrishnaiah his statue carved out of the marble stone gifted by Maharaja Jayachamaraja Wodeyar and placed in a park in front of Landdowne building. This park is known as Thataiah park. President V.V.Giri who was a follower of Tataiah inaugurated the statue on September 19, 1969.

Hi this is a wonderful article. I am from born and brought up in Mysore. I am very proud to read this.

Lived in vontikoppal with my parents and brothers.

Hi Bhagya,
Glad you liked this article and pleased to meet a Mysorean.
Regards,
Shantha