Having been bought up in a region surrounded by Coconut palm trees, I cannot imagine a day not seeing the Coconut in various forms or hearing the sound of a Coconut being cracked open. 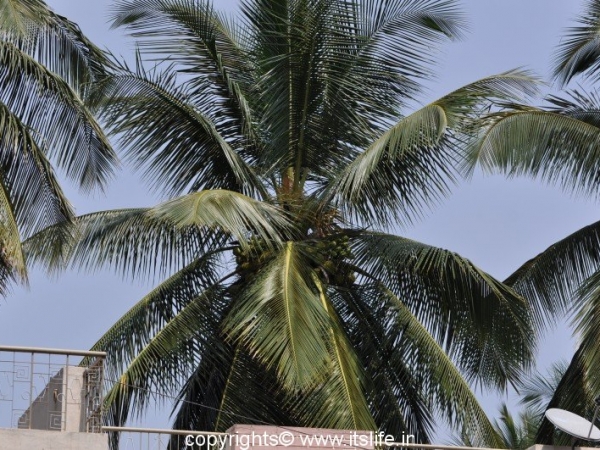 Every time a Coconut is cracked at home, it is offered to the gods and then consumed. This is an age old practice still practiced in many Hindu households. 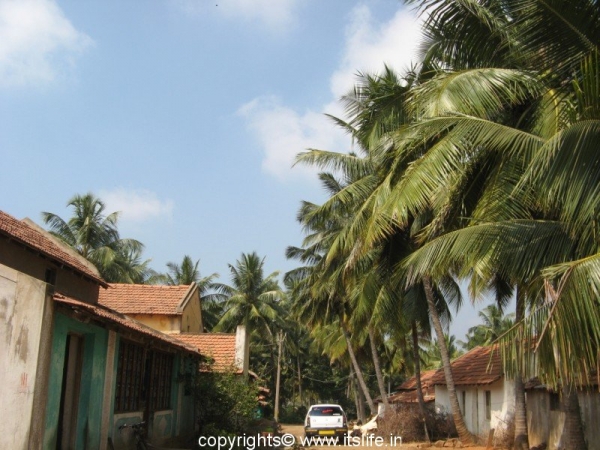 Called as Nariyal in Hindi, Tenginakayi in Kannada, and the botanical name is Cocos nucifera. It belongs to Arecaceae (Palm family). In Sanskrit it is popularly known as Kalpa Vriksha, which means that it is a tree that provides everything for a living. The following South Seas saying sums up the tree: “He who plants a coconut tree plants food and drink, vessels and clothing, a home for himself and a heritage for his children.” Nativity of this plant is still under disagreement. It could be India, New Zealand or South East Asia.  Coconut Palm tree is state tree of Kerala. 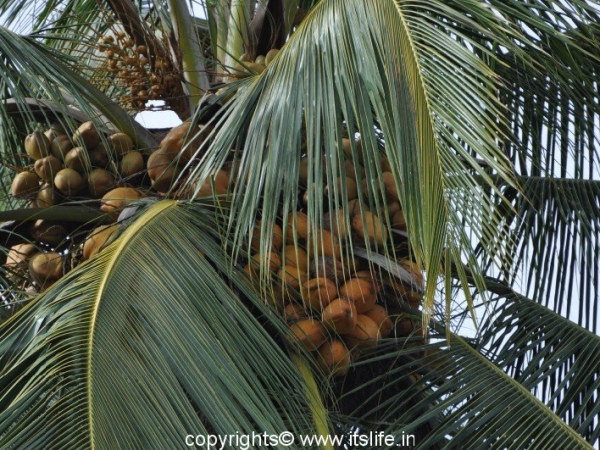 Coconut tree can grow up to 30 meters tall. Trunk is straight, greyish brown and smooth. The trunk has scars from fallen leaves. Leaves are green and pinnate and can be 4 to 6 meters long. The inflorescence contains both male and female flowers and start from the point whether the leaves are attached to the trunk. 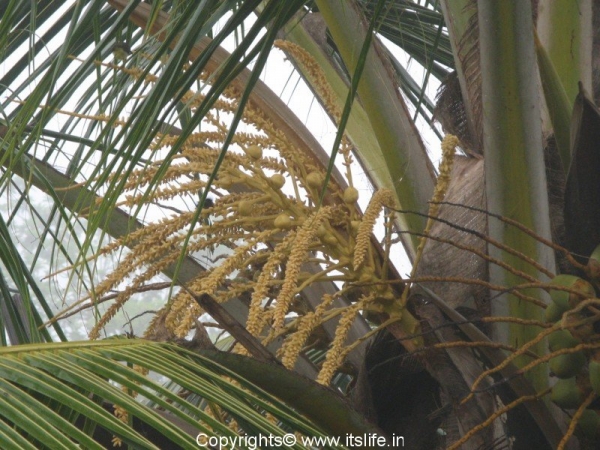 The fruit is green or orange with a calyx. Very small while young and grows to a size of a man’s head. Fiber covers a nut and as it matures, the nut when cracked open with have less water but more Coconut meat. 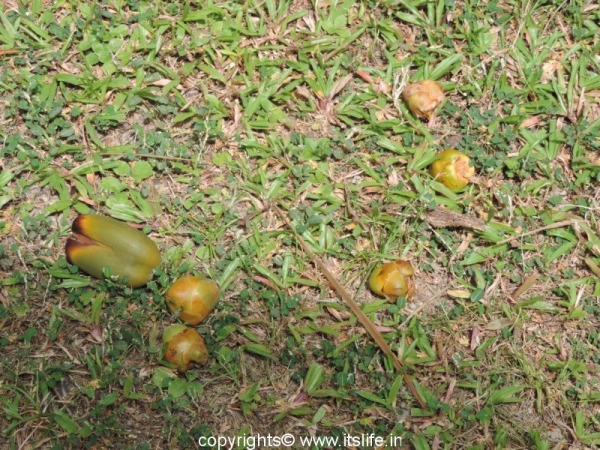 Coconut fruit has the following three layers: the exocarp, mesocarp, and endocarp. The exocarp and mesocarp is the husk of the coconut. Harvesting from the tree is an art well practiced in countries that grow Coconuts. 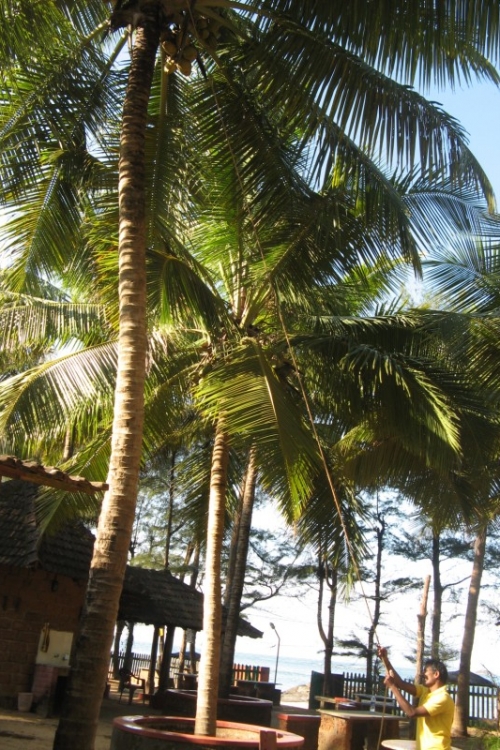 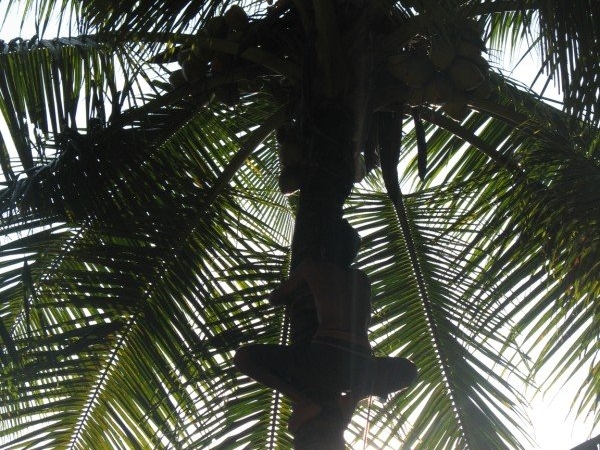 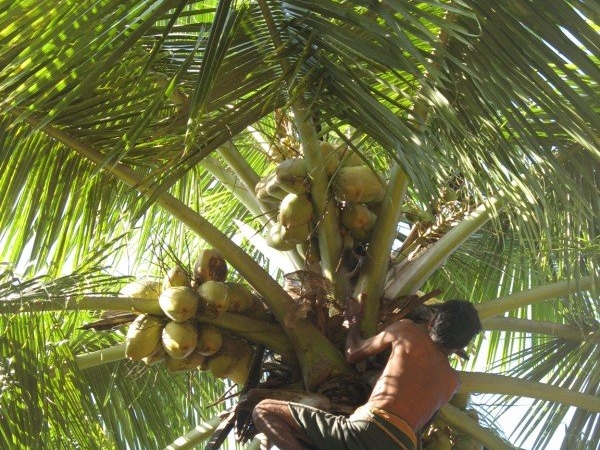 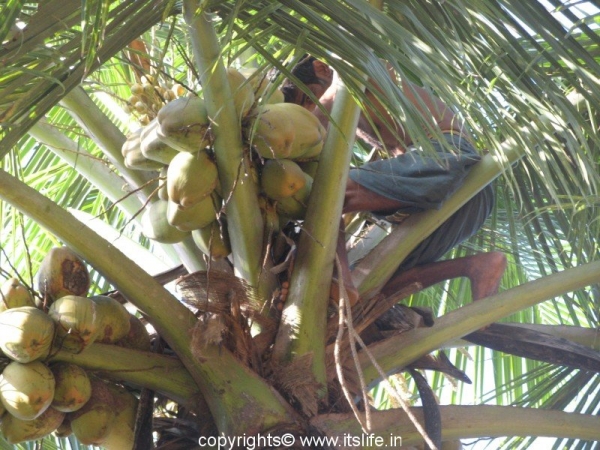 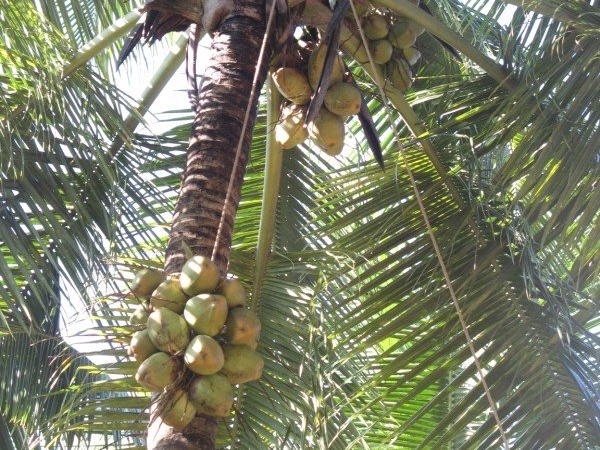 Uses:
Hindus and Jains offer Coconut to god. In South India, Coconut is given to each of the guests you attend auspicious ceremonies like wedding, Upanayana, special Pooja, and so on. It is also given to women who visit the house as it is part of Mangala Drowya. 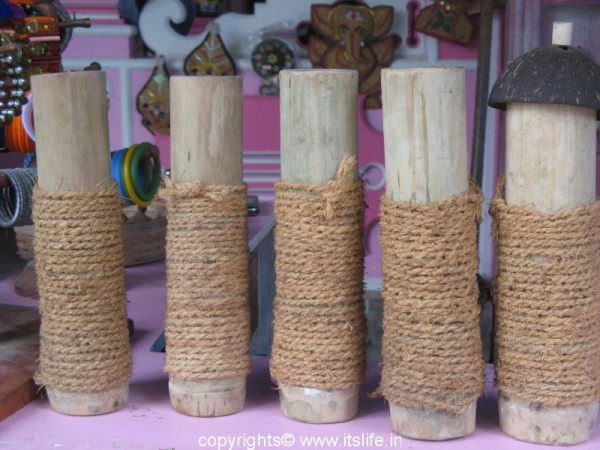 Tree trunk is carved into a canoe. Fiber from the fruit is made into ropes, foot rugs, and cloth.  Fancy and useful articles are made using parts of the Coconut tree. 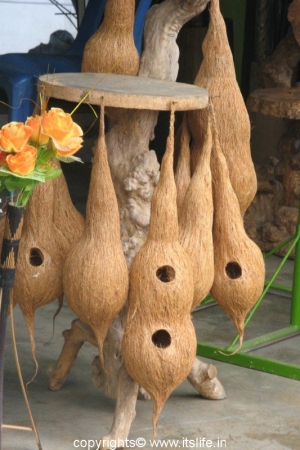 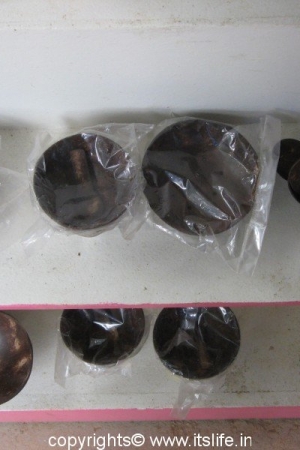 Leaves are used to thatch roofs. The midrib of the leaves is used to make brooms and kites. 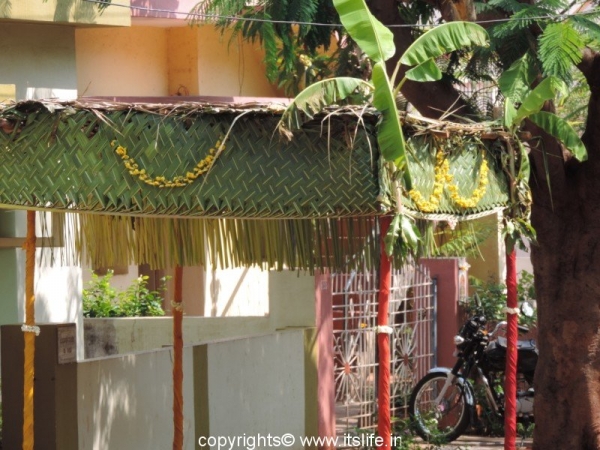 Tender Coconut water is a natural electrolyte and the water is consumed to quench thirst and beat the heat in the tropical regions.  From the sap or juice of the tree palm wine or toddy is produced. 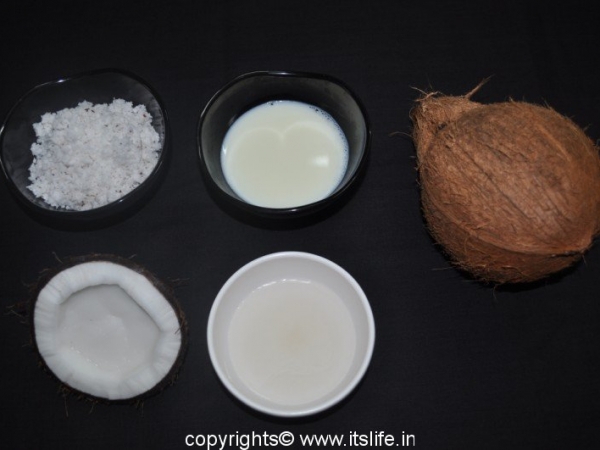 When the dry Coconut is crushed it gives oil from which candles, soap, margarine and many other things are made. In South India most of the food is cooked in coconut oil. 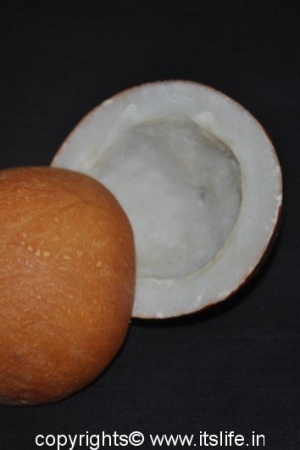 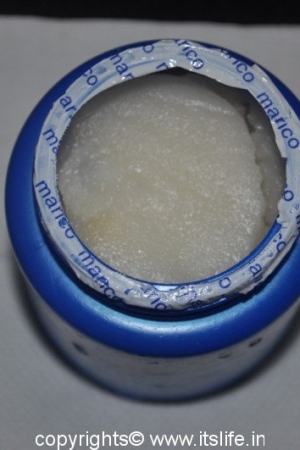 After removing the flesh, the hard shell is used as fuel and also to make charcoal.  The husks and leaves can be used as material to make a variety of products for furnishing and decorating. 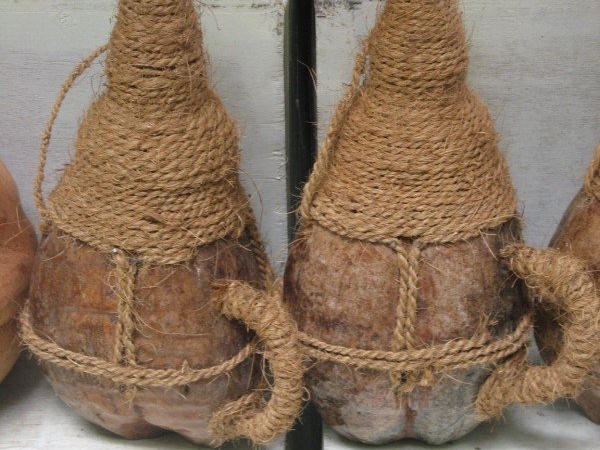 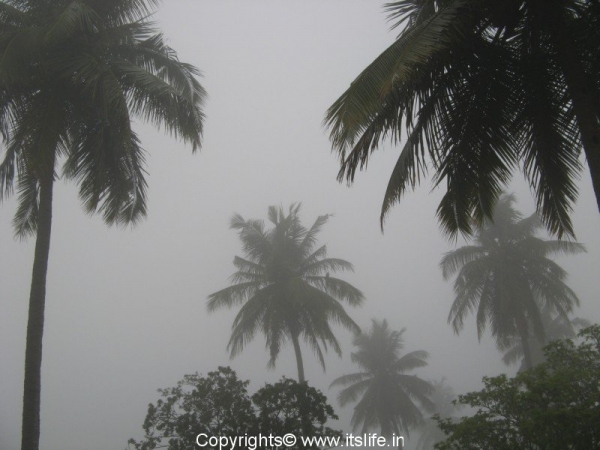 Given proper care and growing conditions coconut palms produce their first fruit in 6 to 10 years, it takes 15 to 20 years to reach peak production 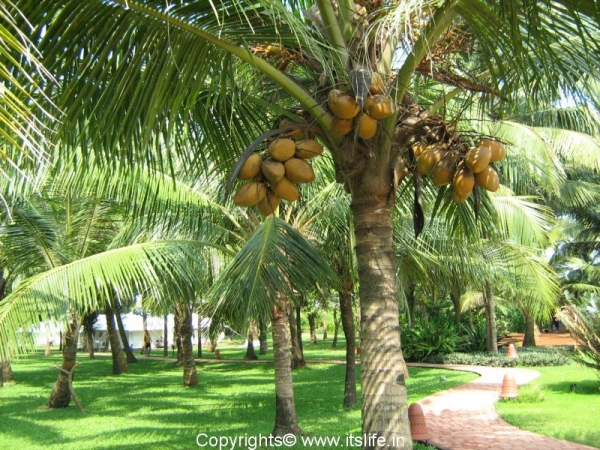 The shell has three germination pores (stoma) or “eyes” that are clearly visible on its outside surface once the husk is removed.

As most of the South Indian Recipes contain Coconut, the following list contains only those recipes that has Coconut as the main ingredient: