As children when we accompanied our parents to the Devaraja Market, Mysuru, we would be overwhelmed by the number of people selling various items from colorful Vermilion powders, fragrant Mysuru Mallige, Mysooru chigaru Betal leaves, Nanjanagoodina rasabale (a type of Banana), Kadu bale (again a type of Banana), Eerangere badanekayi (a type of Eggplant/Aubergine), colourful bangles, ribbons, Plantain leaves, and what not! 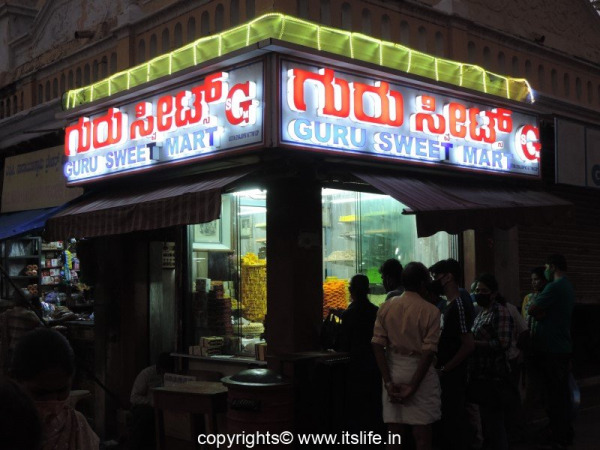 At the periphery of the Devaraja Market were many shops again selling various items from audio cassettes, greeting cards, wallets, belts, sarees, cosmetics, footwear, women clothing, and in one corner was the “show stopper”. This quaint  shop was/is open on both sides and the shop is stacked with the most sought after royal sweet called the “Mysore Pak”. 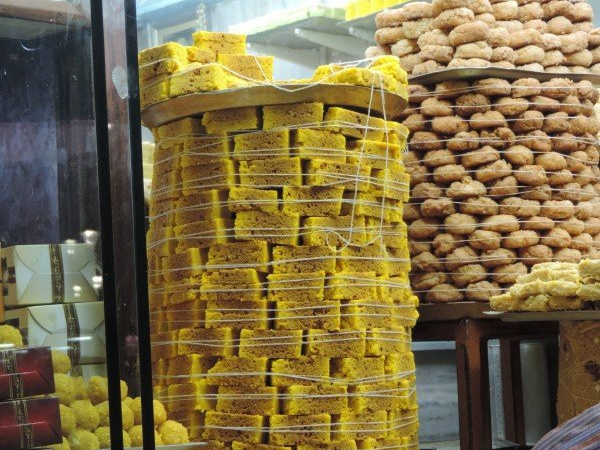 To this day, if you ask any Mysoorean where they can get the best Mysore Pak, every one of them will point to Guru Sweet Mart. Always crowded, you have to wait patiently for your turn to get some Mysore Pak. But, once you get it and bite into it, the taste and the “melt in the mouth” experience will make you want more. 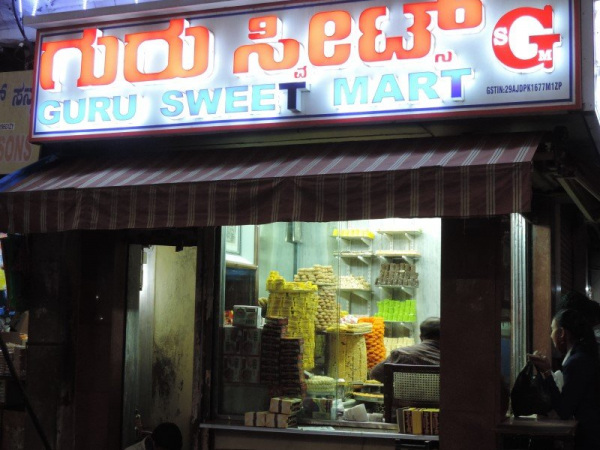 Equally interesting is the invention of this sweet by Kakasura Madappa. Mysuru Maharaja (king) Mummadi Krishnaraja Wadiyar craved to have a sweet, which was new. Kakasura Madappa created Mysore Pak using Gram flour, Ghee (clarified butter), and Sugar syrup. Though the ingredients were the most humble kind, the method adopted to get the texture was new! The sweet undoubtedly was enjoyed by the Maharaja and family. Sugar syrup in Kannada is known as “Paka” and hence the name “Mysore Pak” or “Mysuru Pak”.

Maintaining this taste for 80 years are the descendants of the Royal cook Kakasura Madappa. The descendants who are continuing to churn out this sweet are the three brothers Kumar, Nataraj, and Shivananda, along with their cousin, Guru Prasad. The sweets are prepared in their home kitchen and prepare their own Ghee and Gram flour. 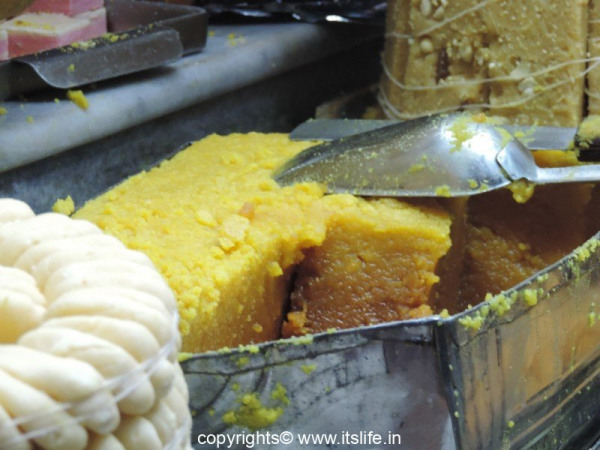 My personal favorite is the Ghee Mysuru Pak, which is not cut into pieces but is in the form of Halwa (pudding). I usually serve this after heating for a few seconds in the microwave. Tastes heavenly!

Looks tempting, will definitely give it a try when I visit Mysore next time.

Hope you can visit Mysuru soon.