Sajji is known as Bhajra in North India.  It is nothing but Black Millet and widely grown in Maharashtra, Gujarat, Rajasthan and North Karnataka.  This Roti is prepared on Bhogi, which is a day before Makara Shankranthi festival in North Karnataka.

Method:
Mix Bhajra flour and Salt with hot water and knead to a soft dough as shown in Picture1.  Divide the dough into balls. 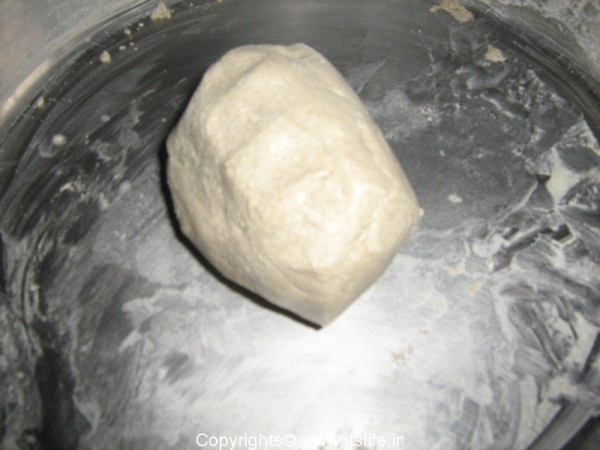 On a floured surface sprinkle some Sesame seeds as shown in Picture2. 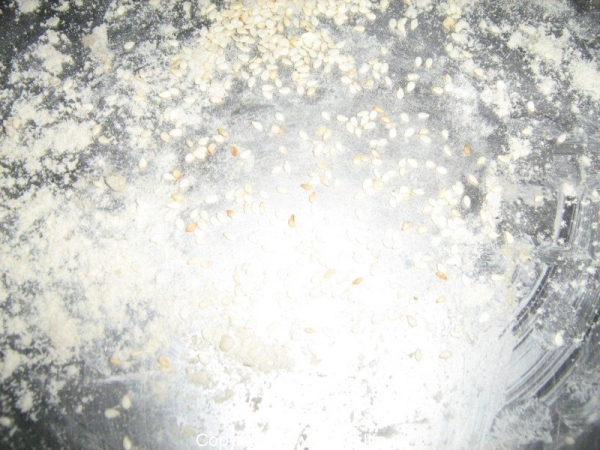 Take a dough ball and press it down on the sesame seeds (Picture3). 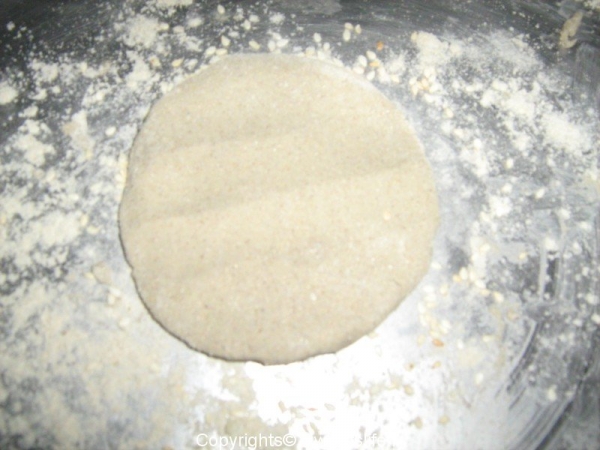 Using your fingers gently press the ball and turn the Roti simultaneously (Picture4).  Continue to do this until the Roti is thin and round in shape.  Sprinkle some flour on the Roti as you do this procedure. 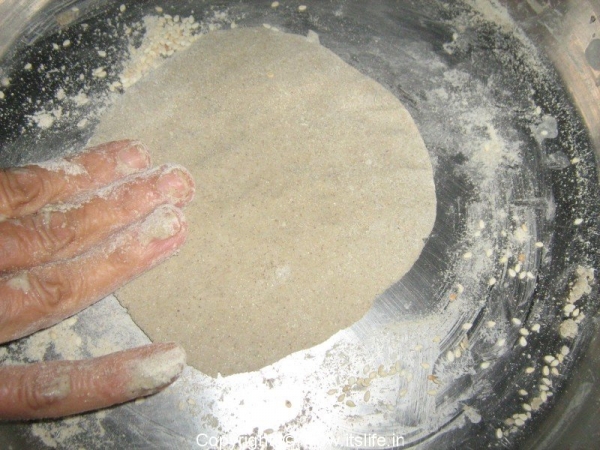 Picture4 – Flattening the dough using hands into a concentric circle

Put the Roti on the Tava/Griddle with the Sesame Seeds side facing up.  Apply water using a cloth on the Roti (Picture5). 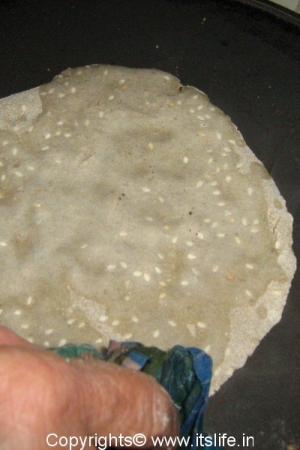 Picture5 – Roti on the griddle (left); Water application on the Roti (right) 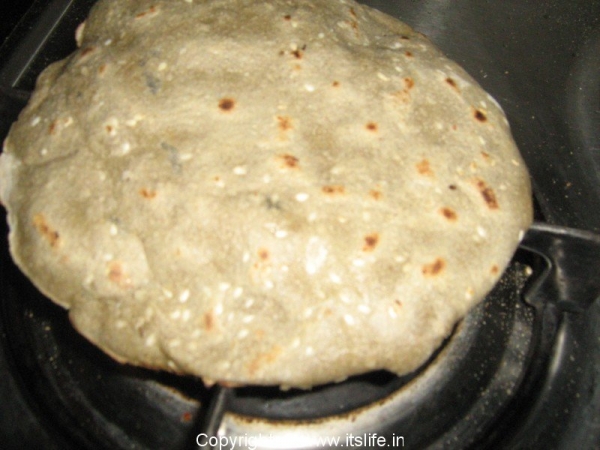 Picture6 – Roti all puffed up 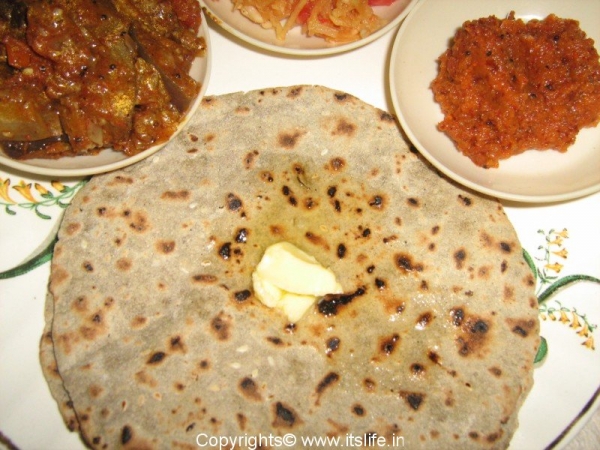