The Keladi Rameshwara temple complex built by the Nayakas in Keladi is a must visit to experience the Malanadu architecture. The wooden pillars supporting the sloping roof welcome you to into a huge open courtyard. There are three shrines dedicated to Lord Ramesvara, Lord Veerabhadresvara and Goddess Parvathi. 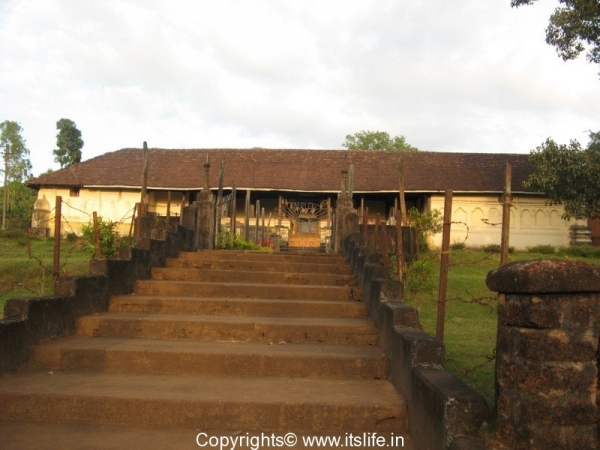 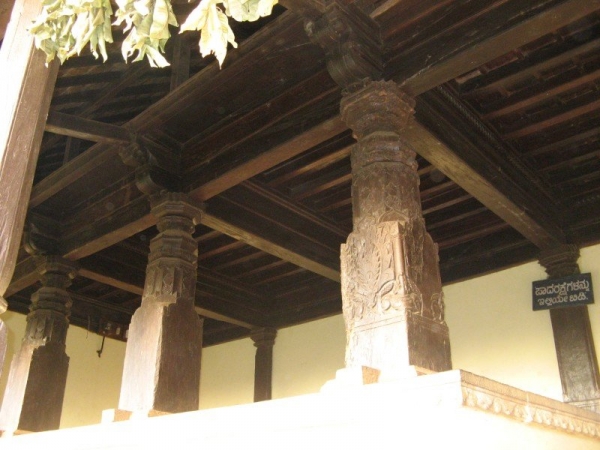 Legend:
When Chavuda Gauda found that a cow belonging to him was seen shedding her milk over a certain ant-hill, he dug the ant-hill only to find a Linga. He built a temple right at the spot. 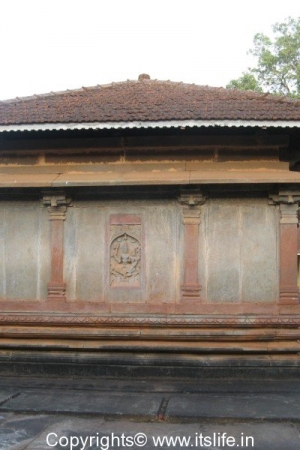 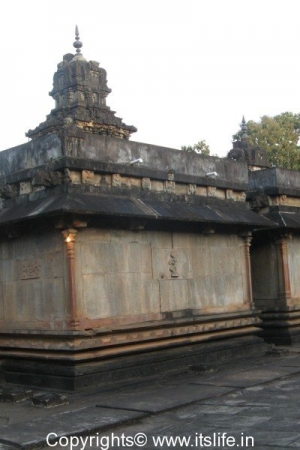 Temple architecture:
Rameswara temple was built in the 16th century in Hoysala and Dravidian styles using greenish grey schist stone. It is built in east-west orientation. 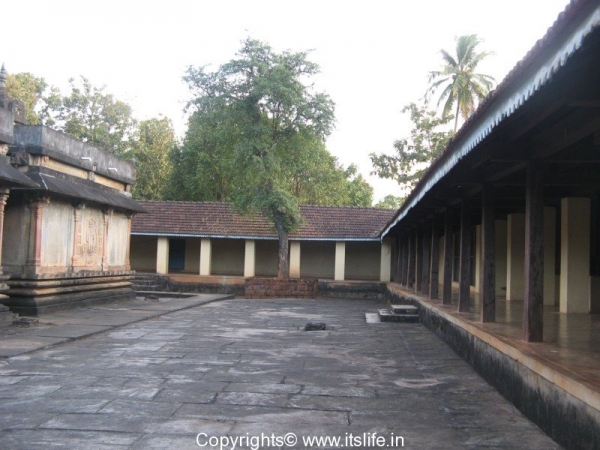 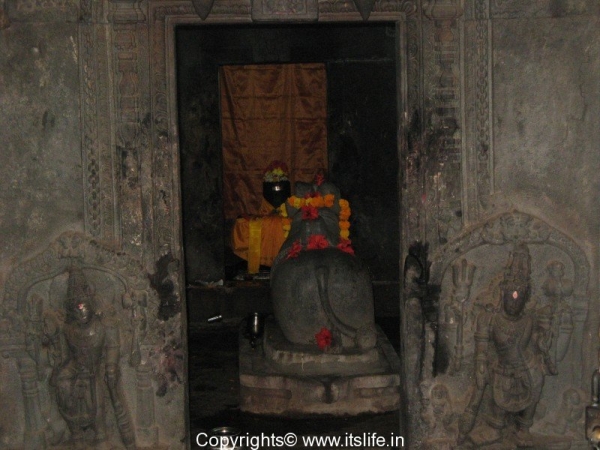 Rameswara shrine has a Linga and in front kneeling is his vehicle Nandi. 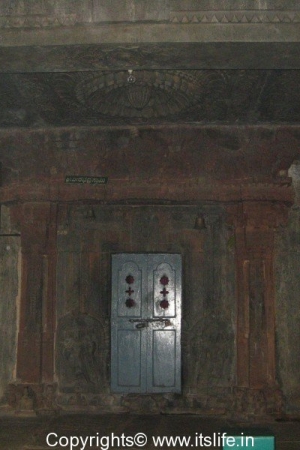 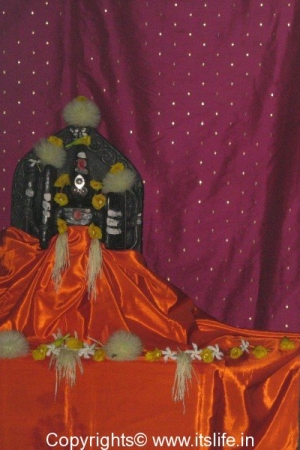 Lord Veerabhadesvara shrine has a Ganda Berunda / mythical bird with two-heads carved on the ceiling. This bird was the symbol of Wodyars of Mysore, Vijayanagar kings of Hampi and the Keladi Empire. 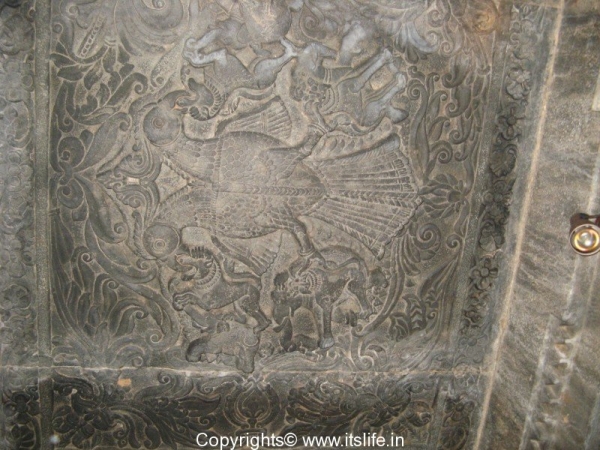 The granite carving of pillars known as Vali columns are part of this shrine. Vali depicts mythical animals with face resembling the lion and body resembling that of the horse. 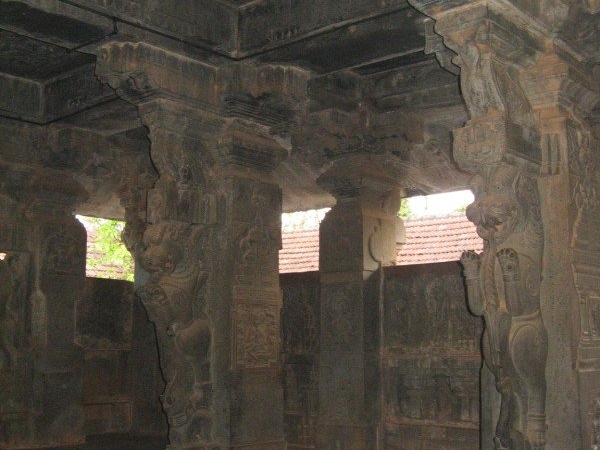 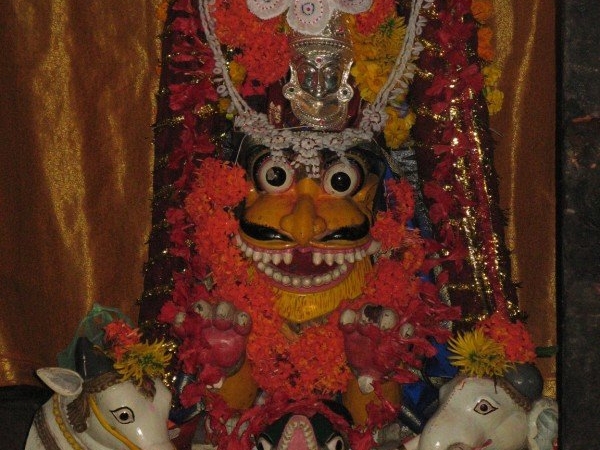 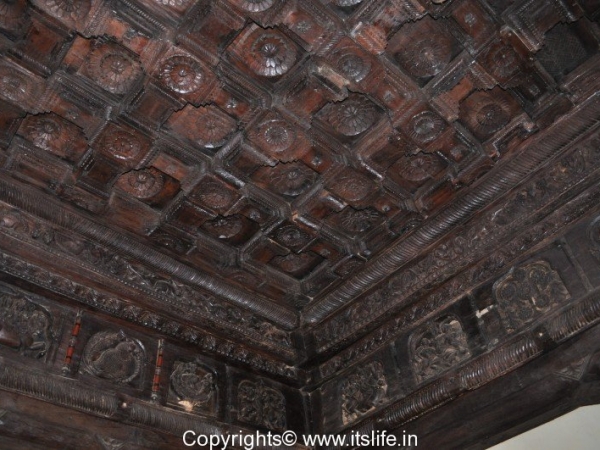 The ceiling is the most attractive completely covered with delicately carved wood panels. 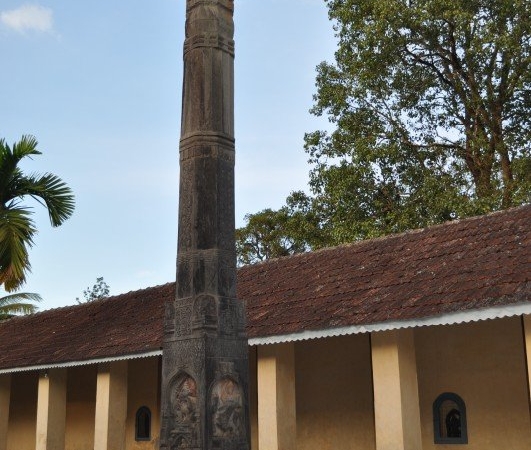 The Nandi Dwajastambha / Victory pillar stands majestically in the courtyard.

This was installed by Qeen Chennamma and the image of hers is carved at the base along with Shivaji’s son Rajaram. 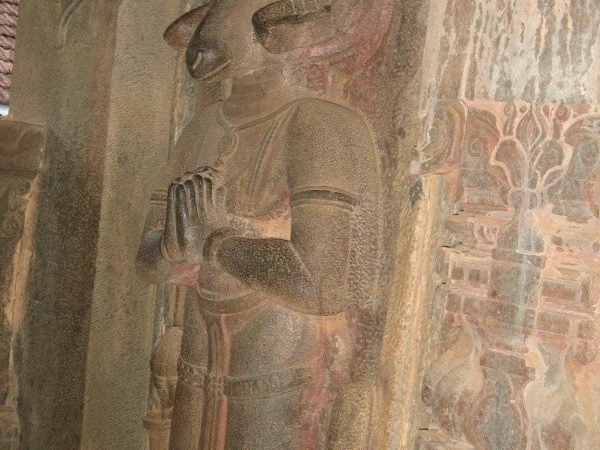 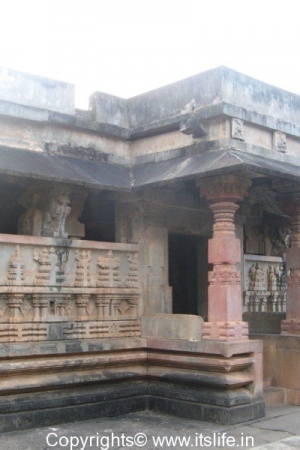 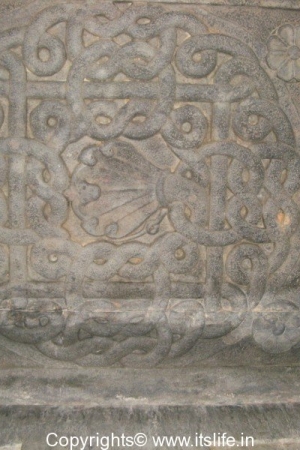