Harihar or Harihara city is located in Davangere District of Karnataka at 275 kilometers from Bangalore. Harihar was known as Guharanya because it was ruled by the demon Guhasura. It lies on the banks of River Tungabhadra. The Tungabhadra River is a sacred river in southern India that flows through the states of Karnataka and part of Andhra Pradesh to merge with Krishna River in Andhra Pradesh and later joins the Bay of Bengal. 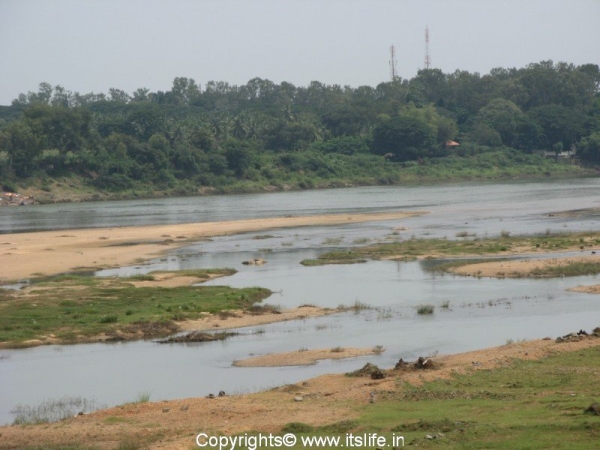 Harihar has been ruled by the Hoysalas from 11th to 13th century A.D. The famous temple of Hairhareshwara is situated here. There is also a Raghavendra Swamy Mutt popular because of its location and the various rituals performed at the Mutt.

Before state reorganization act came into being in 1956, Harihar was the last taluka of erstwhile princely state of Mysore and known as border town for the state of Mysore. River Tungabhadra separated Mysore state from the Bombay province (Presidency). There is a stone pillar with “Bombay Province” inscribed on it, which exists on the road across the old bridge on the river Tungabhadra.

This city was the chosen one by many industries to set up their units like Kirloskar Industry, Aditya Birla, Grasim, Synthite, Shamanur Sugar’s, small scale industries and brick kiln Industries. This gave job opportunities to people around this place.

Mirchi Bhaji (Green Chilies dipped in gram flour batter and deep fried) is a very popular snack in this city. The weather in this city is pleasant throughout the year.