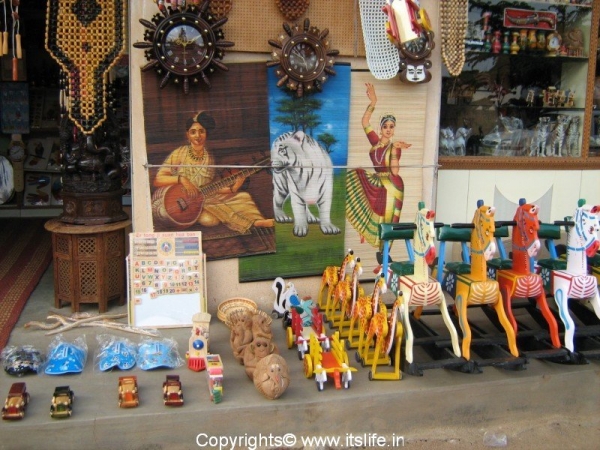 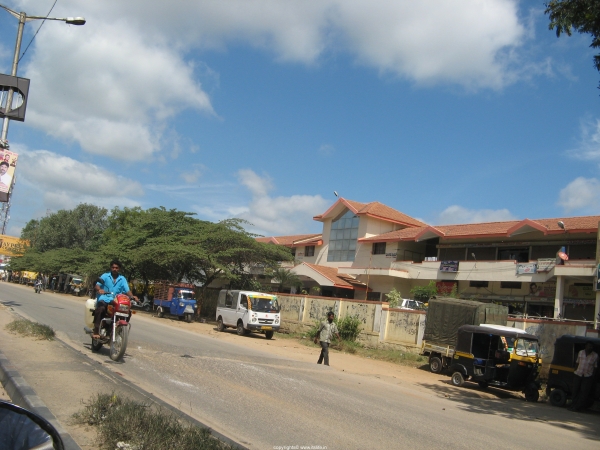 Channapattana is popular for its wooden toys, lacquer ware, and silk. The toys are colorful, safe, and environment friendly. Kitchen ware, wells, dolls, trains, motor cars, and many more are popular among children. 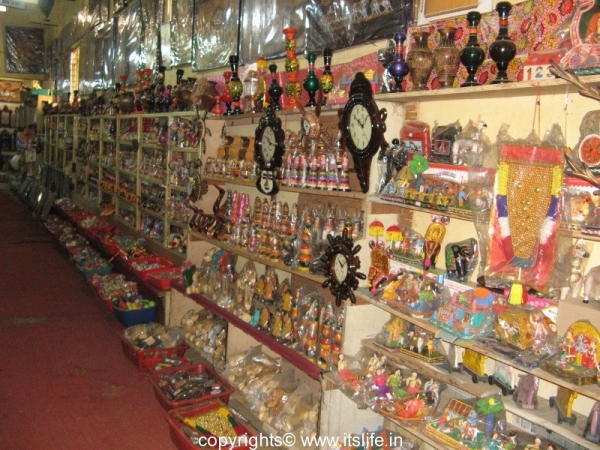 The same wood used to carve out the toys are used to make door curtains, key bunches, jewelry, and powder boxes. The napkin holder is very popular among foreign tourists. The toys and articles are made using Aale Mara (Wrightia tinctoria) tree. In recent days due to the shortage of Aale Mara, Lantana wood is used by the artisans.

The history of making toys dates back to Tipu Sultan who invited artists from Persia to train the local artists on making wooden toys. Many small scale industries manufacturing the wooden toys have given employment to the local people. 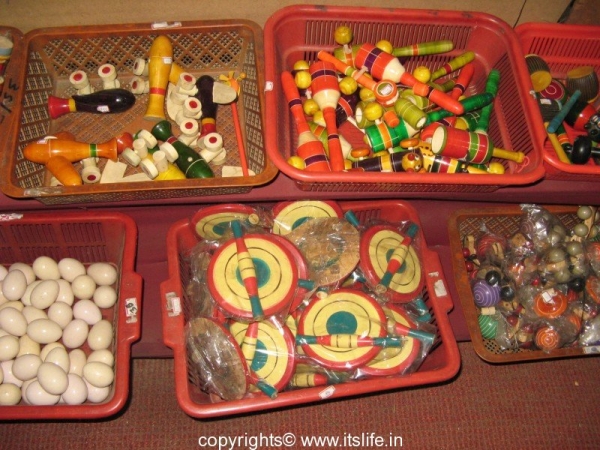 This toy art is protected by World Trade Organization and administered by the Government of Karnataka. 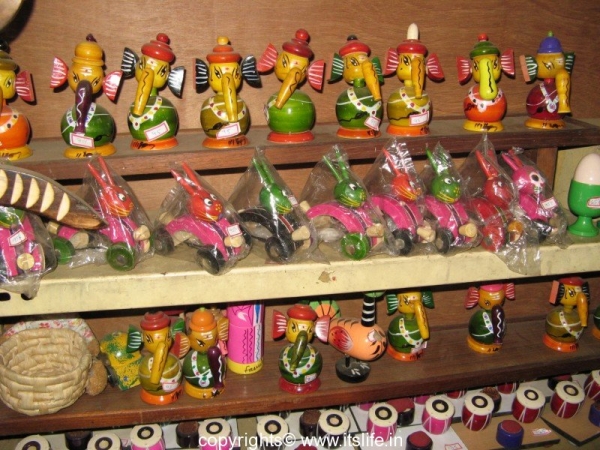 So, the next time you enter a Channapattana toy shop, take time to browse through the various articles and buy something for yourself or as a gift. This will be your contribution to save this art from extinction. 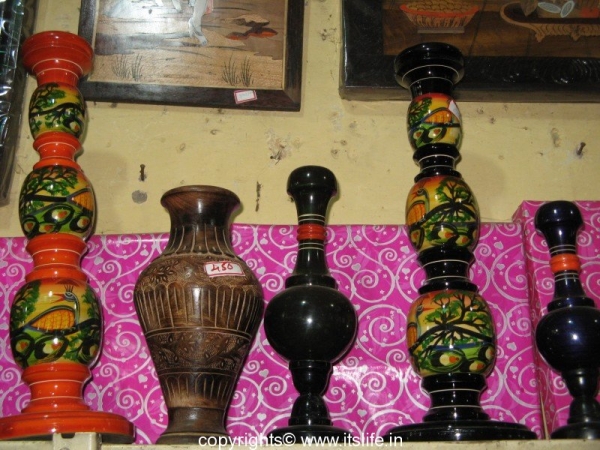 Many mathematical games and puzzles are made by the toys manufacturers, which can keep young minds occupied. Microsoft is one of the star customers of the mathematical games, which their foundation uses to impart educate under privileged children. 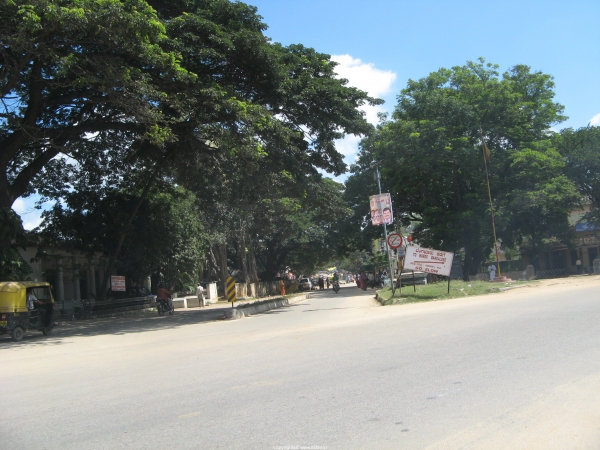