This is in continuation of the post “Traditional Dolls Arrangement”. The custom of arranging dolls during Navaratri / Dasara is also followed in Tamil Nadu, Kerala and Andhra Pradesh. In these states it is known as Navaratri Golu or Kolu or Bommai Koluvu. The dolls are arranged on 7, 9 or 11 steps.

A Kalasha is kept in front of the Pattada Gombe and lights are lit and the dolls are worshipped on all the 9 days. An Aarathi is performed in the evening after all the people invited assemble in the hall accompanied by devotional songs. Delicious snacks are prepared and offered to the dolls and are distributed among the children and ladies.

I have taken these pictures in Janapada Loka near Ramanagara during Dasara.  They have a very huge collection of dolls given away by people, who have discontinued the tradition of arranging dolls during Dasara. 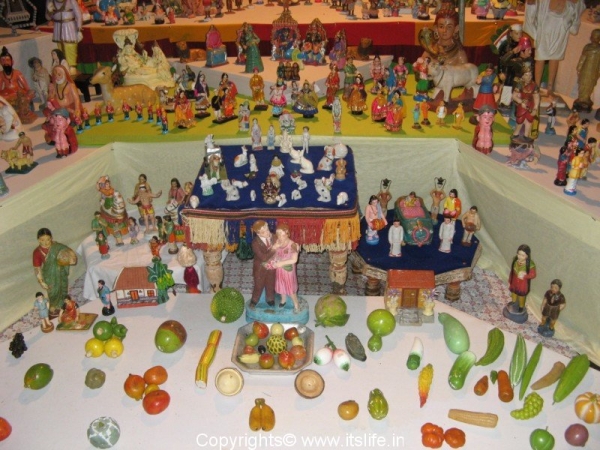 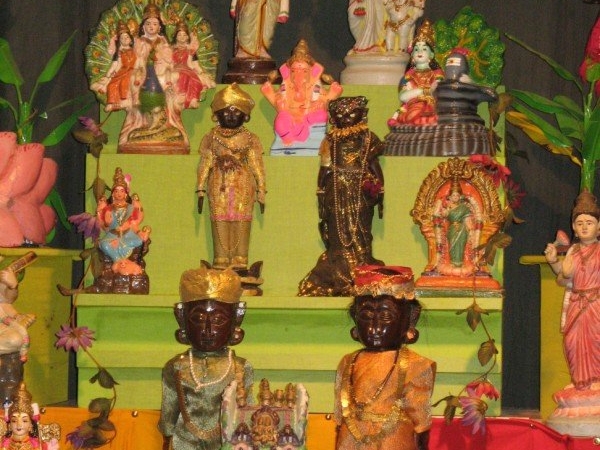 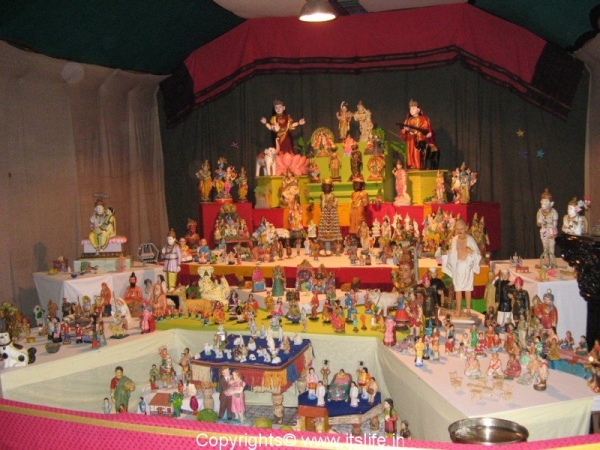 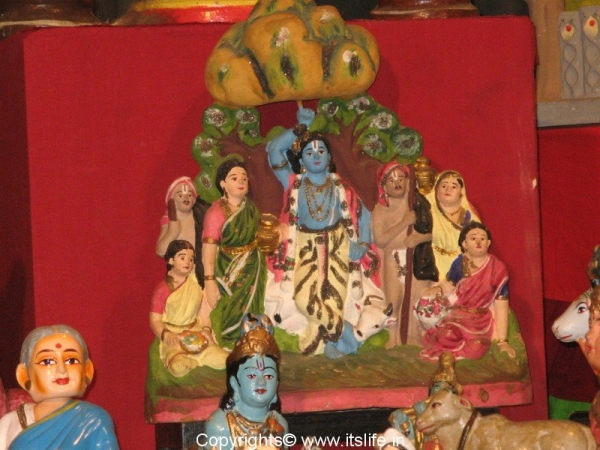 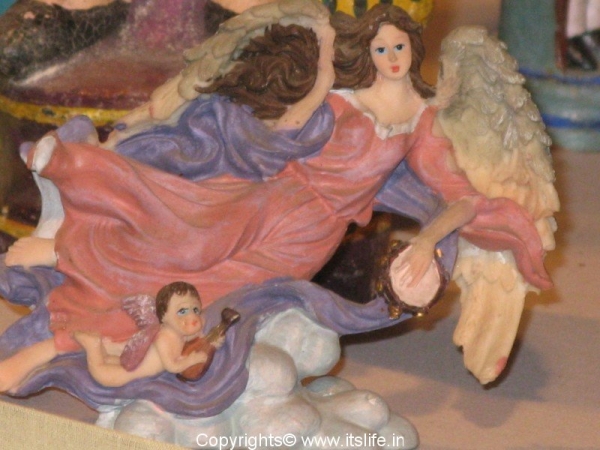 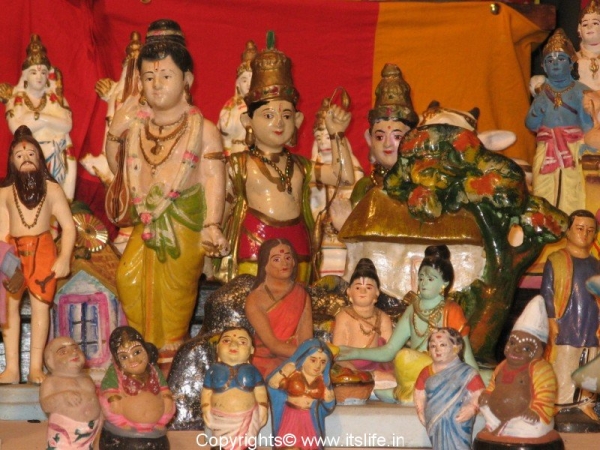 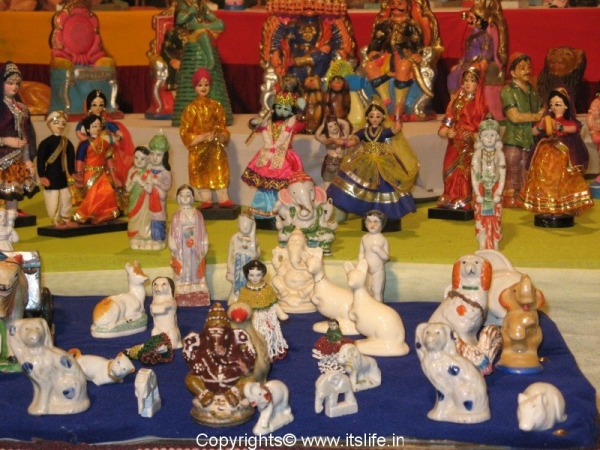 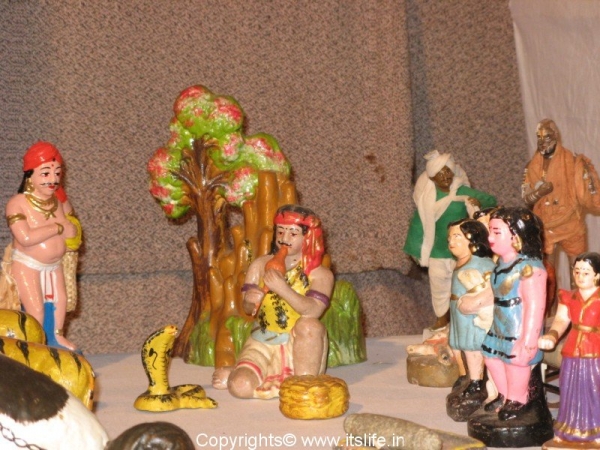 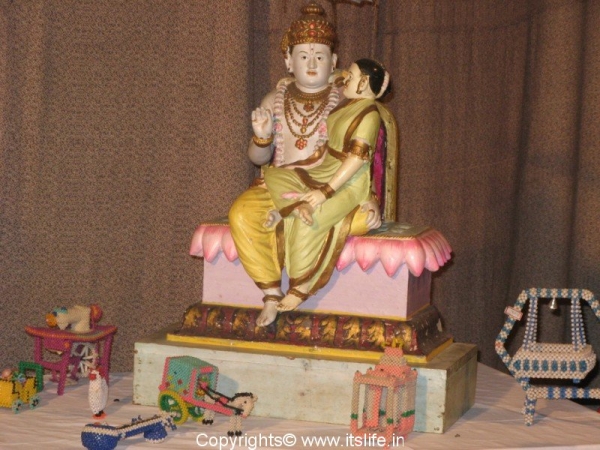 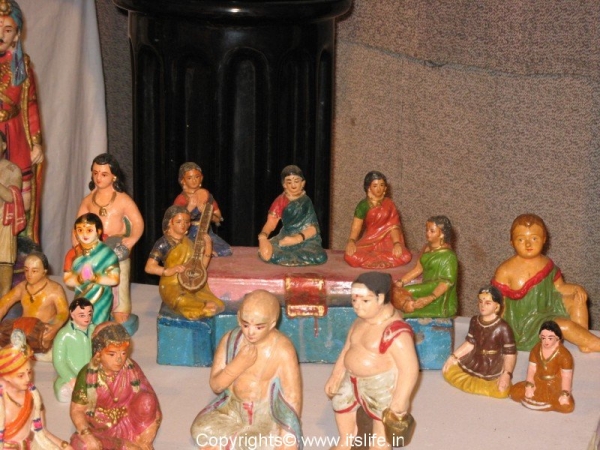 very nice pictures dear!!! My neighbour does this every year.

Preethi, I just could’nt stop taking pictures as each of the dolls were so adorable.

Hi Anjan,
There are a series of posts regarding the doll arrangement during Dasara. I have already mentioned that this is the tradition of Mysore region in the other posts. In this post I give the information that the custom of arranging dolls during Navaratri / Dasara is also followed in Tamil Nadu, Kerala and Andhra Pradesh.
🙂
Regards,
Shantha