As you travel from South India to North India, you will come across many corn fields. There is an increase in the cultivation of Corn in North Karnataka and Andhra Pradesh due to the demand for the product. The various cuisines entering the Indian subcontinent has made Corn an essential ingredient in Indian kitchens. Corn also known as Maize is a cereal grain primarily known as corn in North America. 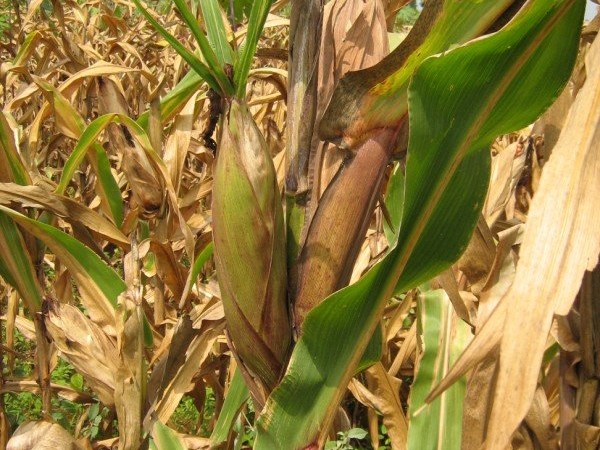 Plant Summary
Corn belongs to family Poaceae. Corn is known as Makkai in Northern India and Muskina Jola in Kannada. American sweet corn is a variety where the kernels are sugar rich and is popularly used to prepare salads. Corn flour is obtained from Corn and is an important ingredient to thicken soups and also used as a binding agent as it is rich in starch. 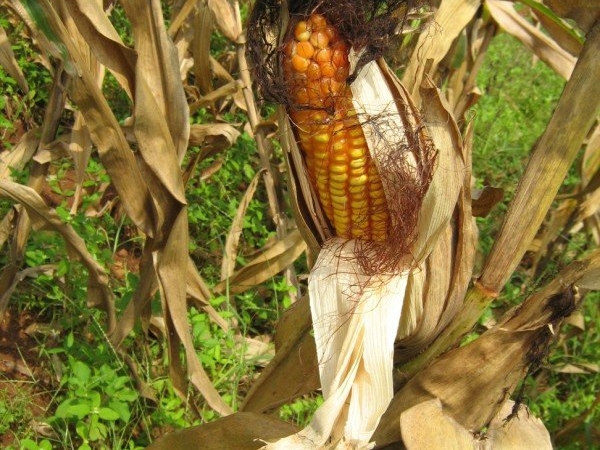 Maize has been known to be grown from the pre-historic times in America. Explorers bought it to Europe in 15th century and from there the cultivation spread to other parts of the world. 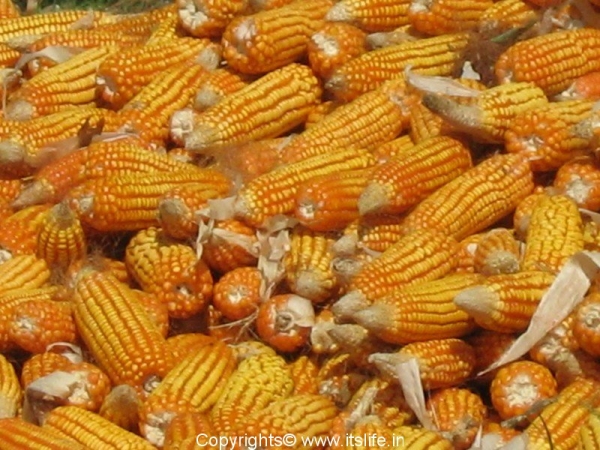 Maize plant grows to a height of 6 to 10 feet. Leaves grow at the nodes. Near the leaves grow the ears. Ears are referred to the corn cob. The ears are female flowers that are covered by several layers of leaves. 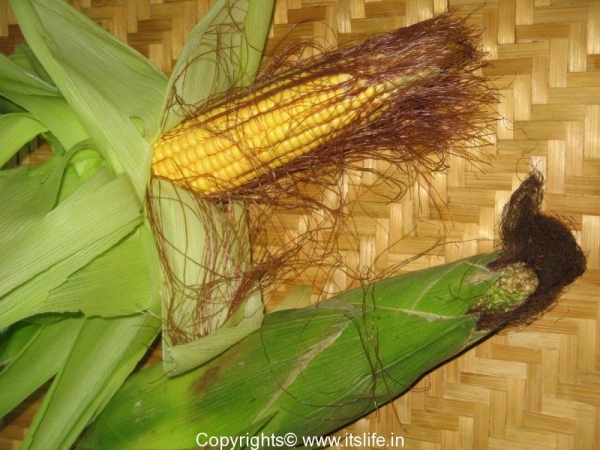 Inside the leaves covering the cob is another layer of yellow silky furry stigmas. 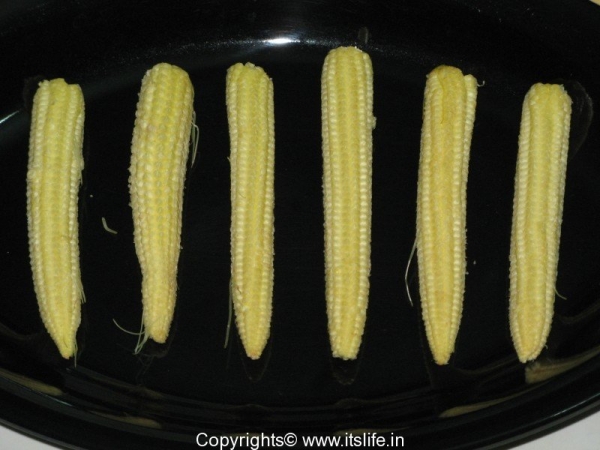 Young ears are used as baby corn to prepare dishes in South East Asia. The yellow kernels appear in rows around a white thick substance. 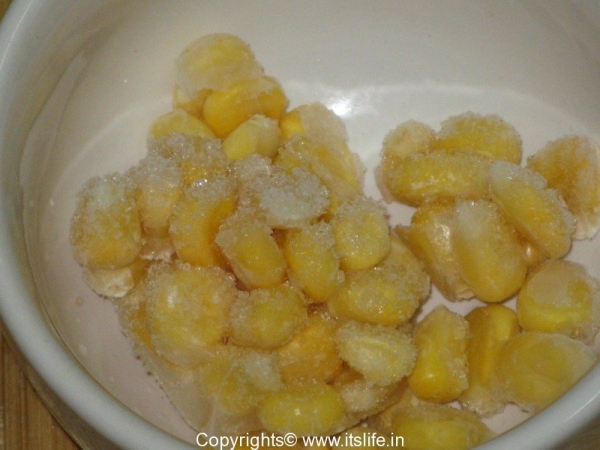 Multi-colored corn is also produced and it is known as the Indian corn. 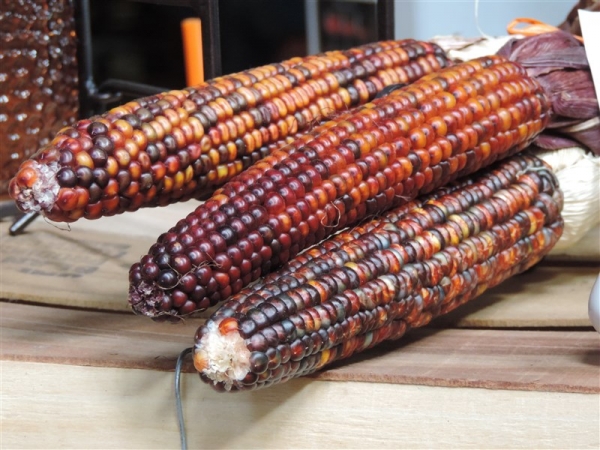 The United States produces 40% of the world’s Corn harvest and the other top Corn cultivating countries are China, Brazil, Mexico, Indonesia, India, France, and Argentina.

Uses of Corn / Maize:
Oil is extracted from Corn. Maize is also used in the manufacture of alcohol. It is also cultivated to feed livestock and in preparation of dog food.

Corn is also used in the production of Ethanol fuel. When Ethanol mixed with gasoline is used in vehicles, the amount of pollution emitting decreases to a great extent. 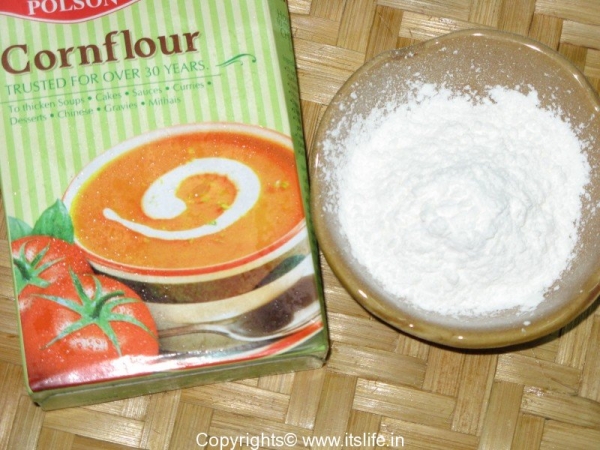 As Corn is a major source of starch, cornflour is used as one of the main ingredients in cooking and in the manufacturing of instant food products. 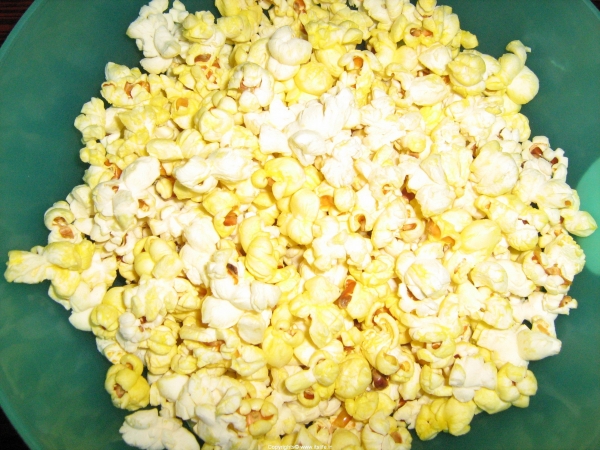