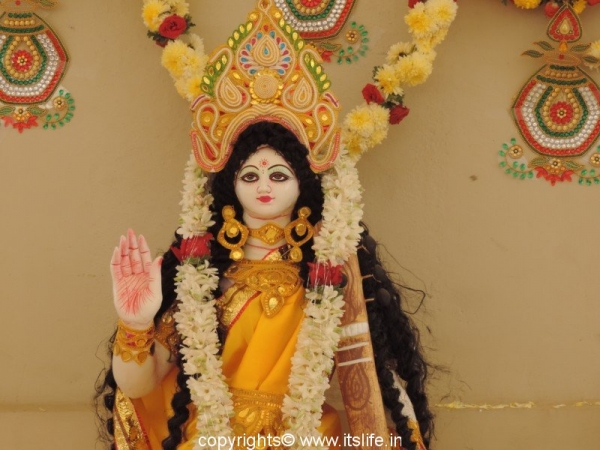 This shloka/chanting is in praise of the Goddess of learning Saraswathi.  The meaning of this shloka is as follows, Goddess Saraswathi is one who wears a garland as white as a dew drops, who is wearing a pure white robe holding the Veena/musical instrument in her hands, one who is sitting on a white lotus….Gods like Brahma, Vishnu and Shiva pay obeisance to Saraswathi….O’ Goddess Saraswathi, I pray for you to remove all laziness from my life.

Vasanth Panchami is an important and grand festival of West Bengal and is celebrated with lot of devotion and enthusiasm by Bengalis especially by the students all over the world.  This festival falls on the first day of Bengali Hindu month Phalgun, i.e, January/February in the Gregorian calendar.  For the festival date click here. The festival heralds the oncoming of the spring season.  This festival is also called as Basant Panchami or Sri Panchami.  Saraswathi Pooja is also part of the 9 days celebrations during Dasara all over India. 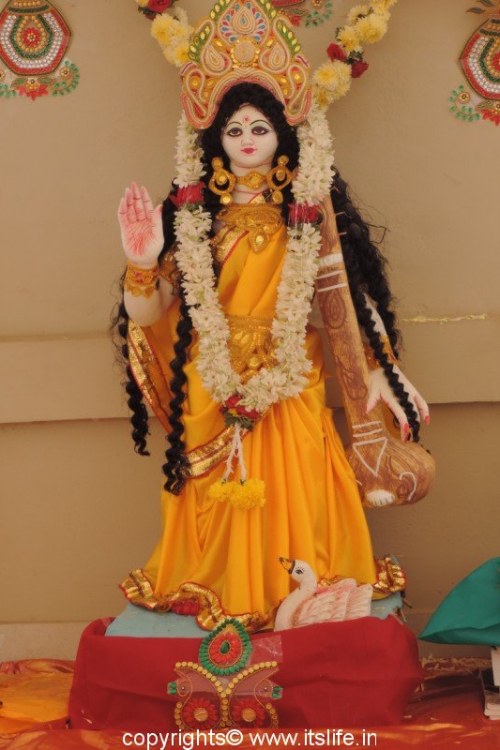 On this day the Goddess of learning and fine arts Saraswathi is worshiped.   Every household will offer “Anjali”/special ritual to the goddess in the early morning.  The goddess is worshiped with bel/Aegle marmelos leaves, Marigold, Chrysanthamum, Palash/Flame of the forest flowers, Phaag/Colored powders and Sandal paste. 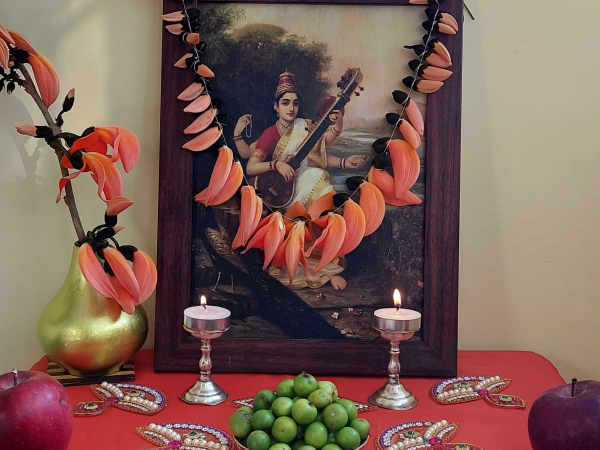 In West Bengal Saraswathi pooja is also celebrated as a community festival, where people come together and build pendals/marquee in their localities and install the idol.  People enjoy by playing music on the gramophone and by performing the pooja/ritual to the idol.  By doing this pooja/ritual it is believed that the goddess blesses them with knowledge and realization. 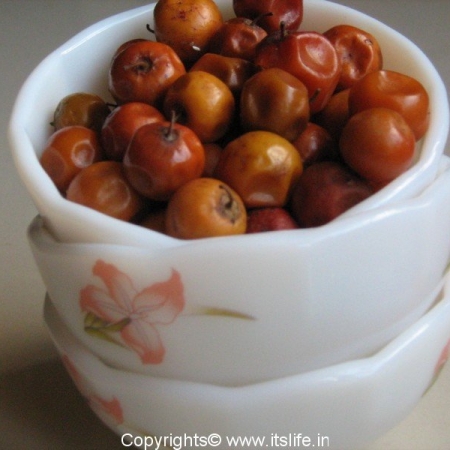 The goddess is offered Sugarcane, Kul/Jujube/Ber/Elachihannu, Apples, Dates and Bananas.  This is distributed among the devotees.  Even though the Kul fruit is available in the market much before the festival, none are allowed to eat until the fruit has been offered to Goddess Saraswathi on Vasanth Panchami day.  People look forward to relish the fruit on this day.  The festival feast includes Topa Kul Chutney, Khichuri and Lubra.

This day is considered auspicious for Hindus for their children to begin education; hence the ceremony ‘Hatey-Khori’ of initiating the child to education is performed on this day.  Girl students wear yellow (Basanthi) sari and the boys wear dhoti and kurta/long tunic as a custom.  Education Books, musical instruments, paintbrushes and canvas, ink pots and bamboo quills are placed in front of the idol and worshiped. 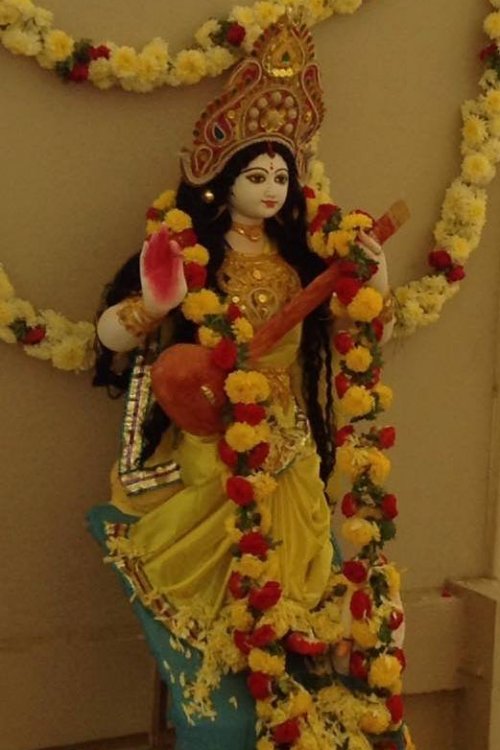 In the evening the idol of the goddess is taken in a grand procession with a garland of Marigold or Chrysanthemums and immersed in the river.

Vasanth Panchami is an important and grand festival of West Bengal and is celebrated with lot of devotion and enthusiasm by Bengalis especially by the students all over the world….