The above Kannada song is sung during Nagara Panchami festival.  The festival is celebrated on the fifth day of the Hindu month Shravana the next day of Nagara Chauthi, July-August according to Gregorian calendar dedicated to snake god.  For the festival date click here.  Nagara Panchami is also knows as Garuda Panchami.  The festival is celebrated in Punjab, Orissa, Assam, West Bengal, Maharashtra and South India.  The way the rituals are conducted varies from region to region. 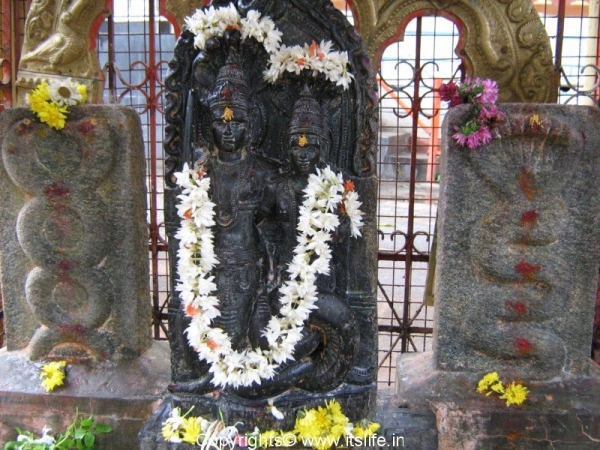 In the early morning the women and girls have an oil head bath and perform pooja to Havina Huththa / ant hill / snake pit or snake carved out of stone or to a silver snake at home or to the mud snake molded out of mud from anthill.  Pour milk over it.  Some people draw a rangoli / pattern of five snakes in the shrine on Nagara Panchami. 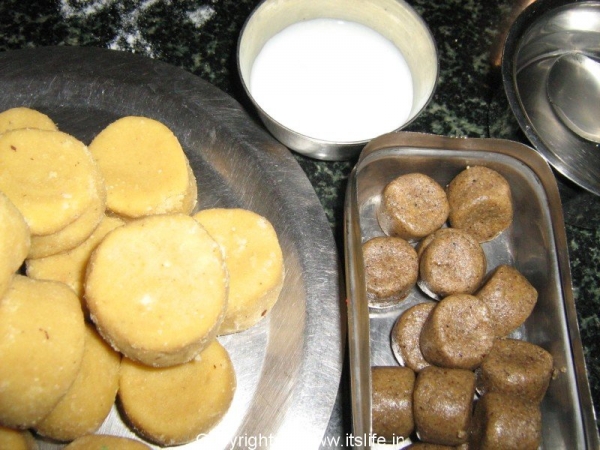 In North Karnataka, Nagara panchami is an important festival.  On this day married women are invited to their mother’s home.  Chakkali, Thambittu and Saree with a blouse are gifted to the daughters.  Swings are tied inside homes and on trees in the garden. Story associated with the festival:
Once a farmer, while tilling his land accidentally killed a family of snakes.  A member of that snake family, which had gone on a stroll returned home only to find its family dead.  The snake was furious and in a fury it bit the farmer and his family members and killed all of them.  The snake then wanted to kill the daughter of the family who was married and was living with her husband.  The snake entered her house with the intention to bite her to death.  As that day was Nagara Panchami, the snake saw her praying with great devotion to Sheshnag / lord of snakes.  The fuming snake while looking at her fell into the milk kept near the window sill and became calm and composed.  The snake was pleased with her devotion and to her surprise talked to her in human voice… “I have killed all your family members back home and I came here to kill you.  I fell into your milky devotion and came out pleased. Ask me what you want?”  She asked Sheshnag / lord of snakes to bring back her family to life.  Nagaraja granted the boon and all her family members came back to life and they lived happily ever after.

Importance of snakes in India:
Agriculture is a major occupation in India and hence the farmer’s respect snakes and they are considered their friend as they control the rats, which harm the crops.  Also there is a lot of importance given to snake god in the puranas / tales of gods and goddesses. Please check with the nearest temple priest for more advise.