Krishna Raja Nagar in Mysore district was earlier known as Yedathore. This town is 49 kms from Mysore. The town is well connected by government run buses (K.S.R.T.C), train and private buses. 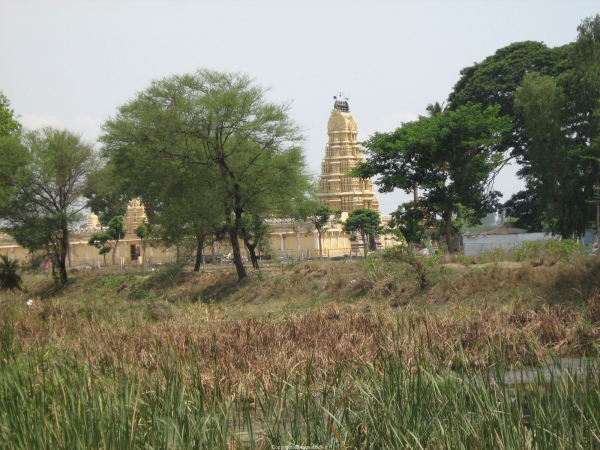 The ancient temple of Lord Arkeshwara (Shiva) is the main attraction here. Situated on the banks of river Kaveri, Yedathore Arkeshwara Temple stands out strikingly against the background of the river and the lush greenery to make a perfect poster. A few steps lead you into the temple with stone pillars and beautiful clean stone courtyard where you can walk and peacefully experience the calmness of the temple, which has stood witness to mankind for a century.

The chirping of the birds and the gurgling of the river are soothing to the ears. The greenery surrounding the riverbanks is breathtaking. The sanctum has a small Linga and one can feel the powerful vibrations from the lord. The temple is a host to many Shivalingas and to Goddess Parvathi. Poojas (rituals) are conducted every day at the temple.  The annual car festival is held on Rathasapthami day, which falls in the Hindu month of Magh i.e, January – February in the Gregorian calendar. 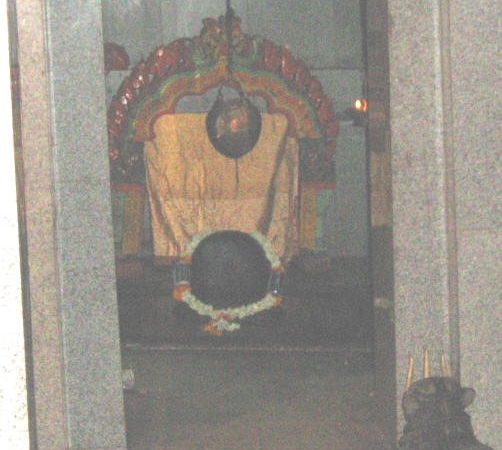 The river is reachable for a holy dip and to splash around.

Place Statistics:
Type of Place: Ancient Temple
Situated: K.R.Nagar, Mysore District
Distance: 49Kms from Mysore
Type of transport: It is connected by both Rail and Road. Autos and Taxis can be hired to reach the Temple.
Facilities: Clean place to finish off your picnic basket, small hotels in K.R.Nagar.
Temple Phone Number: (08223)262299; Mob: 94494 06099

Thanks Swamy for pointing it out.

The name of the place where temple is located should be YEDATHORE not YERTHODE. Please correct it.

Thanks Bale for pointing it out

The place is situated near to back water of kaveri. The temple is just 1.5 km from kr nagar twn… 1 who passes to hassan through mysore should visit…..

Can anybody tell the significance of the name, Arkeshwara…Arka meaning SUN, I am curious to know, how has this place attained this name. Precisely I am looking for the “Sthala puranam”

Thanks for raising this question. I am curious to know more about this temple. Let us hope someone can throw light on this.

it is a wonderfull place ,