Our school was right behind Jaganmohan Palace, Mysore and I have been on stage many times in the huge auditorium of this palace in programs that were part of school’s parent’s day celebrations.  I have visited the art gallery innumerable times but it is not enough.  Every visit to Sri Jayachamarajendra Art Gallery, I see the art pieces in a different perspective transporting me to an imaginative world of kings, queens and mythology. 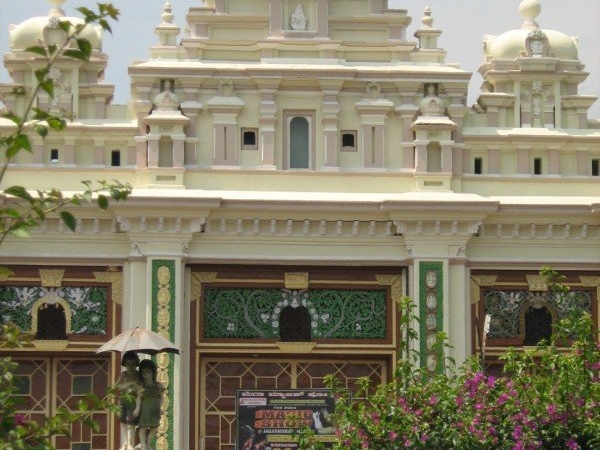 This elegant heritage building was built in 1861 by Mummadi Krishanaraja Wodeyar. The royal family lived in Jaganmohan palace when the main palace was burnt down in 1897. Many important events have taken place here including coronation of Krishnaraja Wodeyar IV in 1902 and one of the chief guest was Lord Curzon, the Viceroy and Governor-General of India. A hall / pavilion was added later during the marriage of Krishnaraja Wodeyar IV and was used as the durbar / court hall until the new durbar hall of Amba Vilas palace was built. 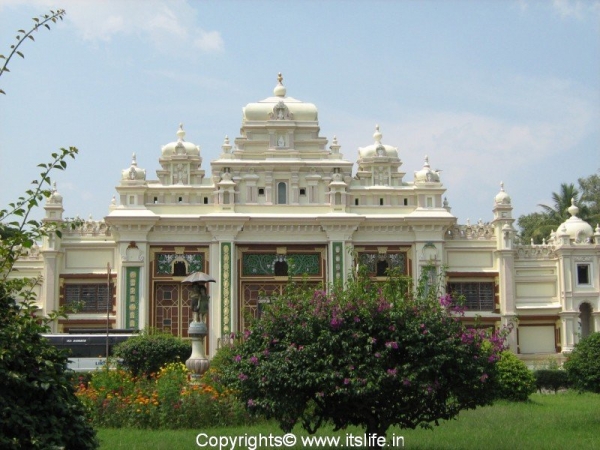 The Mysore Maharajas started a Representative Assembly, wherein the people’s representatives gathered together to discuss the problems and affairs of the state and the venue for the congregation was Jagan Mohan Palace. 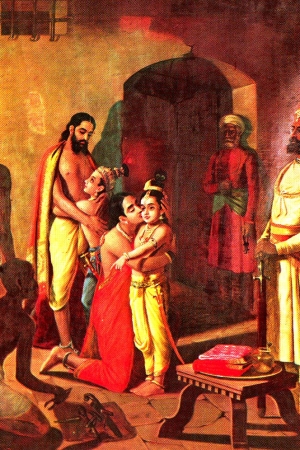 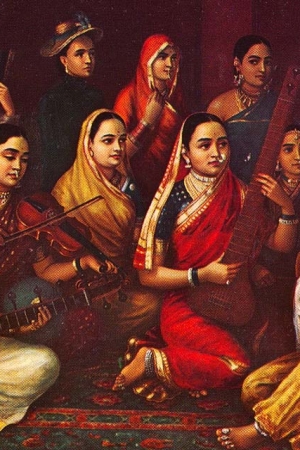 Later, the pavilion became an auditorium to host cultural events of the royal family and later by Mysore University and others. Now the hall can be hired to host a variety of programmes and during Dasara it comes alive with performances from the best artistes in the country. The doors that open to the hall are huge and majestic. 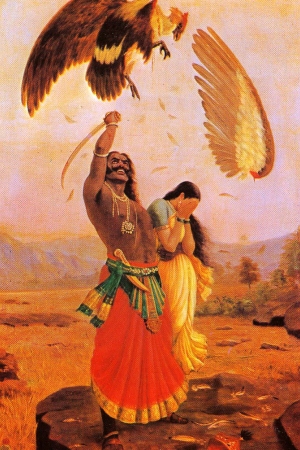 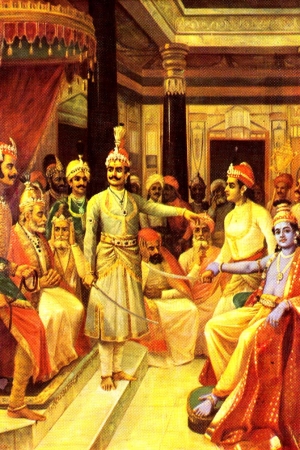 Now, Jaganmohan palace is converted into one of the finest art gallery in India displaying paintings of the royal family, paintings of Raja Ravi Verma, the precious self portrait of the Dutch painter Rembrandt, Nikolay Roerich of Russia, Mysore K. Venkatappa, M. Ramanarasaiah, Jiladin Ville of Germany and many many more.  The painting in which Tipu Sultan is handing over his kids as hostages to the British force is heart wrenching. 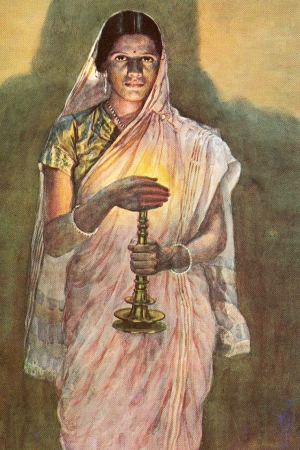 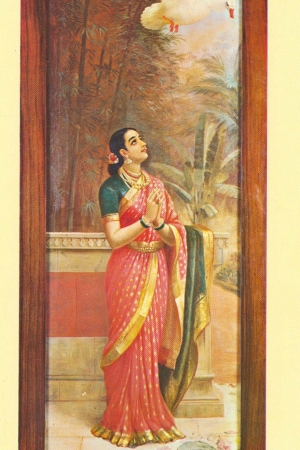 There is another painting known as “The glow of hope” by Haldenkar where a lady is holding a lamp in her hand and shading the flame with the other hand.  It is extremely beautiful and realistic.  The light playing on her saree and face and her shadow behind are outstanding.

Place Statistics:
Type of Place: Palace and Art Gallery
Situated: Mysore, Karnataka
Distance: 140 Km from Bangalore
Transport: Mysore is well connected by road, rail and very soon air. Autorikshaws are the best mode of transport within the city
Facilities: Rest room, a small shop selling post cards, other shops selling curios, clothes, ice creams and snacks are available
Timing: 8.30 am to 5.00 pm
Photography: Not allowed but you can deposit it at the entrance

Hi Shantha,
Did you study in avila convent…which is right behind jagan mohan palace?

Yes Jyothi, I did study in Avila Convent from Nursery to the 10th standard. Sr. Petrina was our head mistress. Did you also study there??

Hi Shantha,
Yes I too studied in avila convent from nursery to 7th standard. I miss Mysore a lot.

Thank you Ramanand Sagar for your encouraging words.

Hi Shantha,
If I have not mistaken you were my senior at Avila Convent.I too studied there for 10 years and I passed out in 1986.Sr.petrina was the head mistress at that time.
I really admire your site…makes me nostalgic..

Thanks for liking the website Shobha…Great to meet you online. Yes, I do remember you in Avila….those were some unforgettable days!!
Do keep visiting and leave your valuable feedback..
Cheers!
Shantha

Very good article. Reminds me about Avila convent where i studied till 7th. And Shobha prabhu, you were also in the same class along with DS Kavitha,Shashikala,Prakash,Kannan,Vyshali. Hope you remember me also.

Hi Puttur,
Welcome to my blog and thank you for leaving this note. It’s always great to meet more people from Avila!
The Best,
Shantha

Hello Shatha,
Thank you for your article. My mother studied at the Good Shepherd Convent, in the 1940s in Mysore and talked about singing and giving performances at the JaganMohan palace. Do you know if these performances were photographed?