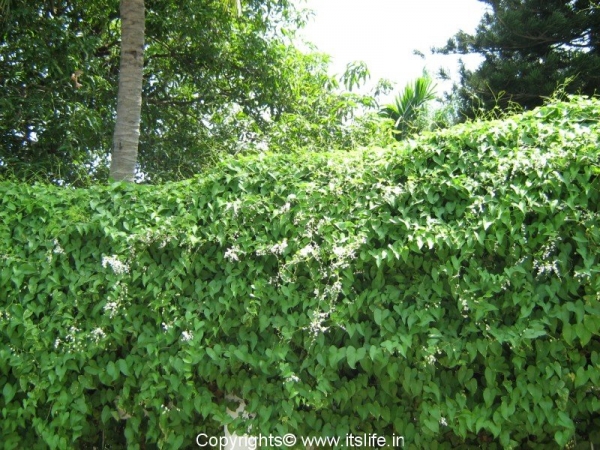 Pondicherry has many parks, which attracts both local people and tourists.

Children’s Park
A park near the seaside attracts many children. This park has a statue of Marquis Joseph Francois Dupleix, who is an integral part of the colonial past of Pondicherry. He was the governor of Pondicherry from 1742 to 1754. 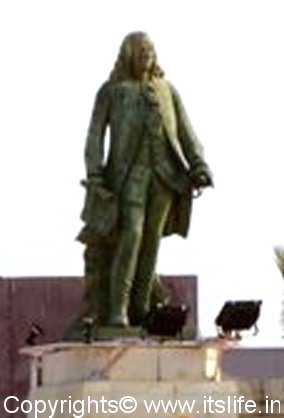 Dupleix was very brave and kept the invasion of the British and the Dutch at bay. He invited Rangapillai to convert Pondicherry into a commercial hub. Because of his efforts, Karaikal, Yanam and Mahe came under the status of Union territory. 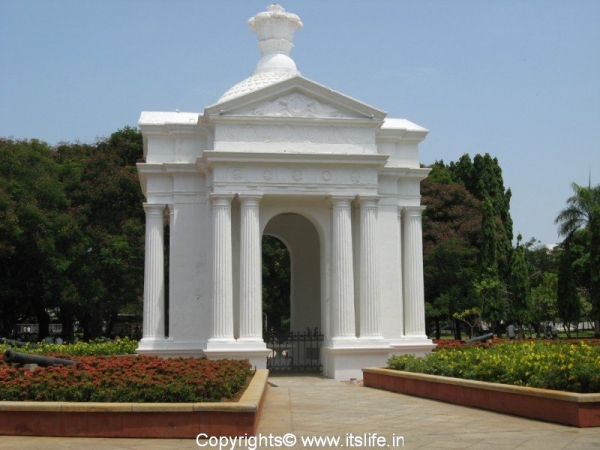 The striking white Aayi mandapam / monument stand out in the lush green surroundings of the park. Earlier the park was used as a parade ground. The huge trees cast their shade on the path ways soothing the walkers from the blazing sun. The Aayi mandapam / monument is situated at the center of the park with four pathways coinciding there. The Mandapam was build 300 years ago during Napoleon III, the emperor of France and it commemorates both the provision of water to the French city during his reign and the good deed of a lady some 300 years before. 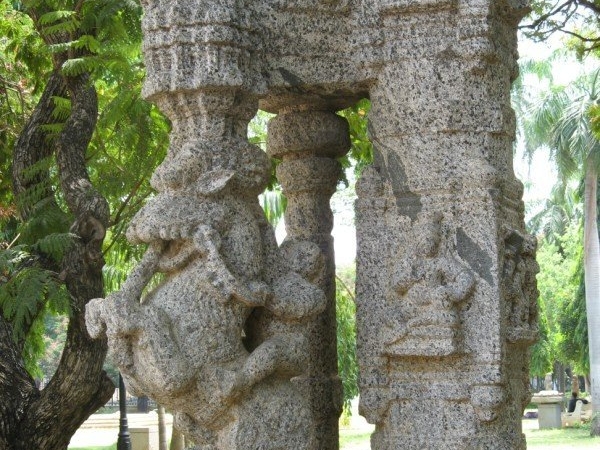 Apart from this carved ancient granite pillars of various gods and mythical animals like Valli are placed in the park. The park is surrounded by many heritage buildings like the Government General Hospital, the Assembly, Raj Nivas, UCO Bank and Chamber de Commerce.

Botanical Gardens
Visiting botanical gardens is always a pleasure for gardening enthusiasts and a garden with a history linked to the French, who are famous for their style of gardens is a great pleasure.

French architecture is reflected right from the gate to the garden. This garden was laid out in 1826 in the French style with colorful flower beds, trimmed trees, stone lined paths and many fountains. The garden was filled with exotic plants bought by the French from all over the world. The garden hosts around 1500 species of plants and is one of the best botanical gardens in South India.

Another attraction in the garden during weekends is the musical fountain, which is operational in the evenings. The Botanical Gardens is located to the south of the new bus stand.

Places to visit nearby:
Sea Face / Promenade and Aurobindo Ashram