The place where two rivers meet is known as Prayag or Sangam. There are panch prayag (five)in Uttarakhand, which are popular among pilgrims and is considered auspicious to take a dip in the prayags. You can visit these panch prayag while traveling from Hrishikesh to Badrinath.

Natural beauty surrounds all the prayags and the fleeting moments that you spend at each of these places are bound to remain in your memory forever.

I was spellbound by the color of the rivers. The water is crystal clear, icy cold, and color ranged from aquamarine to light brown. The source of these rivers winding the Himalayas are all glaciers.

When you view the prayags from a higher altitude, you can see the difference in color of the two rivers merging into one 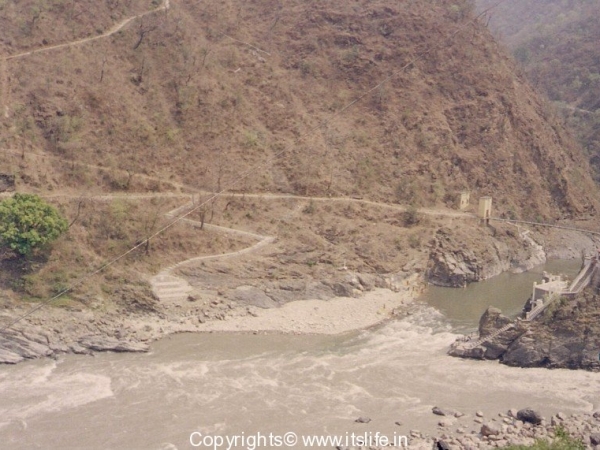 Vishnu Prayag
The first prayag that you come across from Badrinath is Vishnu Prayag. The Alakananda River flowing from Satopanth and Bhagirath Kharak glaciers joins Dhauli Ganga River at this place.

There is also a pool here known as Vishnukund. An ancient temple present here is believed to have been worshipped by sage Narada. Lake Kagbhusandi, is situated nearby and you need to trek to reach the lake.

Nanda Prayag
The second prayag is the Nand Prayag, where rivers Nadakini and Alakananda merge. The prayag is named after the pious king Nanda believed to have performed a yagna at this place. 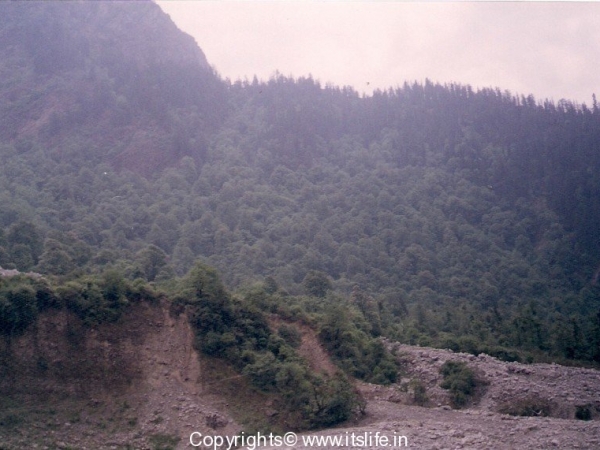 Karna Prayag
Named after Karna, here rivers Alakananda and Pindari merge. It is believed that Karna received the “Kavacha Kundala” (earrings when worn would make him invisible) from Sun god at this place. Hence, there is a temple dedicated to Karna and Surya. Other temples are dedicated to Vishnu, Krishna, Shiva, and Parvathi/Uma.

Rudra Prayag
When you arrive at Rudra Prayag, the road forks, one takes you to Badrinath and the other to Kedarnath. Pilgrims without fail stop here rivers are Alakananda and Mandakini merge to continue to tumble and flow into the ravines of the Himalayas.

The famous Tiger, which was infamous for being the Man eater of Corbett was found to be roaming in the thick forests of Rudraprayag and was shot by Jim Corbett in 1926. 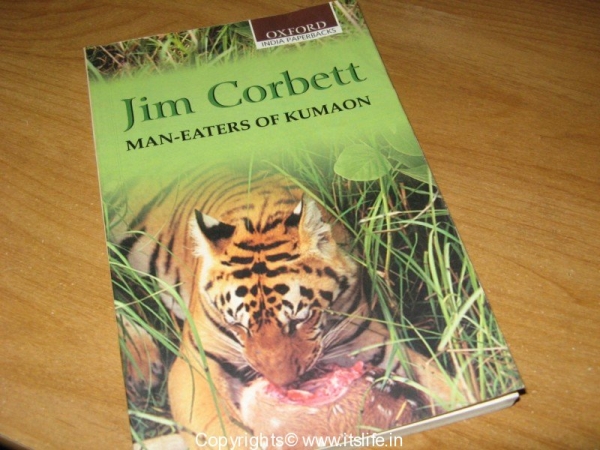 The temples here are dedicated to Rudranatha/Shiva, Chamunda Devi, Koteshwar Koti/Shiva in caves, Sri Tungeshwar Mahadev Ji , and 38 Km from here is Karthik Swami temple. There is a rock known as Narad Shila and is believed that Sage Narad learnt music from Shiva at this place.

Deva Prayag / Deo Prayag
Devaprayag is the place where the two most beautiful rivers with equally beautiful names merge to enrich the plains of the Himalayas. Alakananda River merges with Bhagirathi River, which emerges from Gomukh at the foot of the Gangotri glacier and Khatling glaciers in the Garhwal Himalaya.. From here the river is known as Ganga. 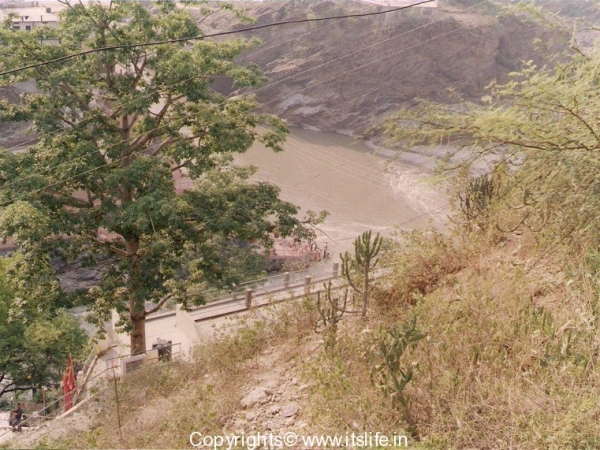 Earliest stone inscriptions are found here and it is believed that Lord Rama did penance at this place. The natural beauty surrounding the place is an added attraction for people to visit this place. Yet another attraction is the Raghunath Temple with the idol of Rama. The other temples in this region are Danda Naggaraja (Lord of Snakes) temple and Chandrabadni temple.

An observatory set up by Pandit Chakradhar Joshi in 1946 is located on Dashrathanchal Mountain is worth a visit.