Whether you call this place Ooty, Ootacamund, Udhagai or Udaghamandalam the title best suited for this place is “Queen of hill stations”, which is the capital of Nilgiris district. 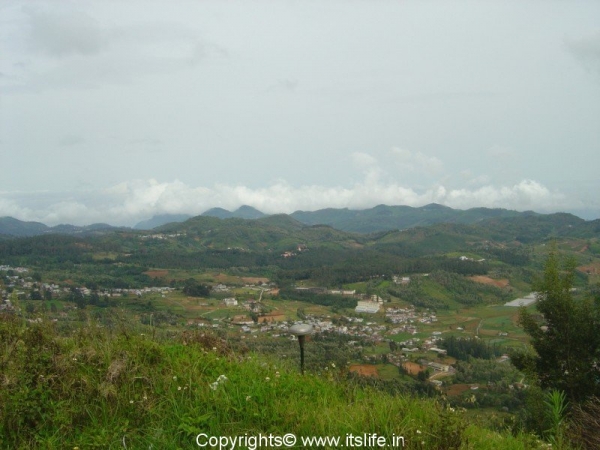 I wanted to write about this favorite place of mine having visited it innumerable times during all seasons, but have been procrastinating. Maybe it is hard to write about your favorite places, as there are no words or sentences enough to explain the natural surroundings or the joy of being there. 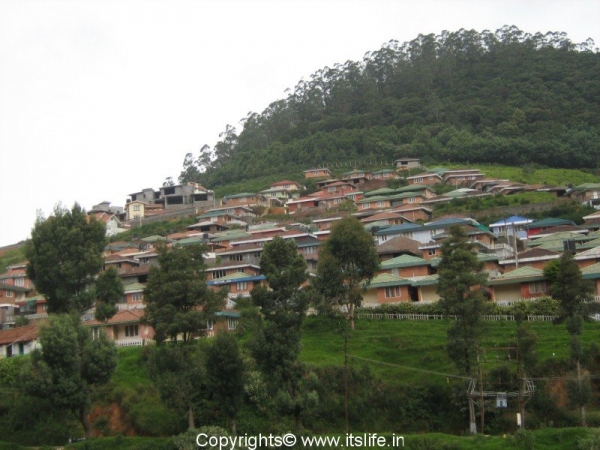 Ooty, situated at 7,500 feet above sea level was a cool getaway for the British during the colonial days.  Cities with names like Lovedale, Wellington etc., stand testimony to the British raj. 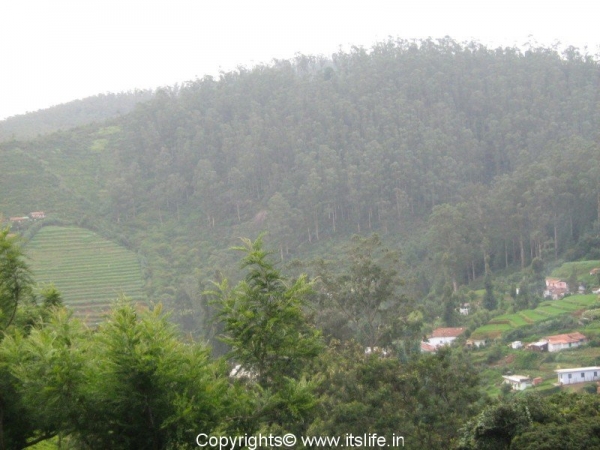 The Chera empire ruled over the Nilgiri Hills long long ago, then the hills passed on to Ganga dynasty and in the 12th century King Vishnuvardhana of Hoysala empire claimed it. Tipu Sultan of Mysore included Nilgiris in his kingdom and in 18th century handed over the blue hills to the British.  John Sullivan the collector of Coimbatore from 1815 to 1830 worked towards the development of Ooty and he is considered as the founder of Ooty.  The original inhabitants of the region, the Todas and Badagas have a lot of  respect for this Englishman.  The first house that he build in Kannerimukku near Kotagiri is known as Sullivan’s bungalow. 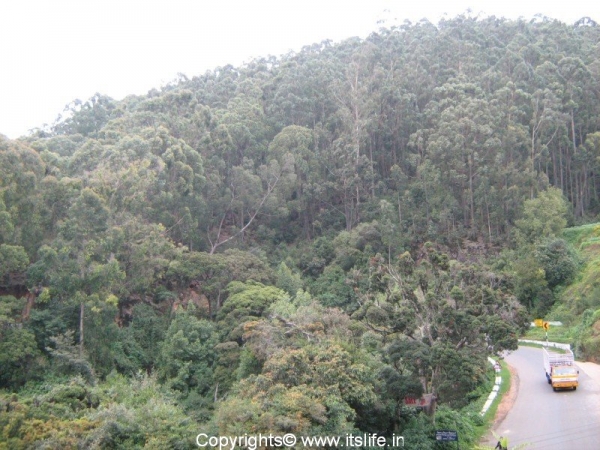 Picture4 – View from the tea estate

Roads, rail lines and development became a reality under the British who fell in love with the valleys, climate and the montane forest ranges. Thanks to them, we are able to enjoy the cool mountain breeze, the mesmerizing patches of pine forests, lush meadows, the heady scent of the Nilgiri / Eucalyptus, the tea gardens and the mist covered rolling hills. 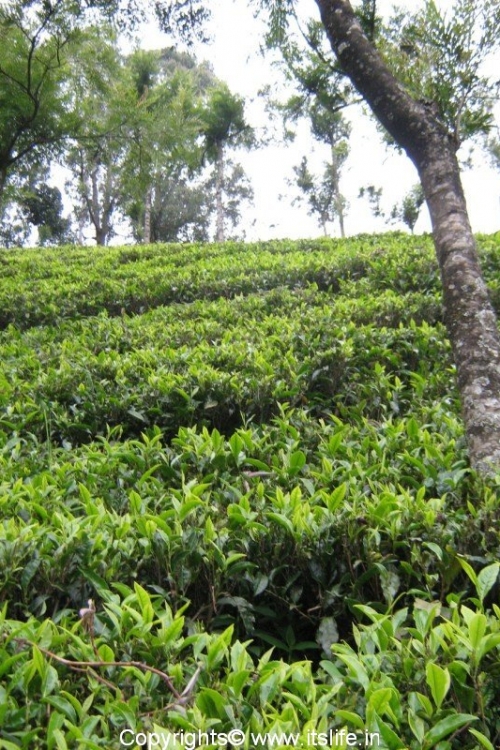 Nilgiri hills provided the perfect landscape to grow tea and the thriving tea industry in Ooty is an important economic contributor of the district. Exotic vegetables and fruits grown by the British to suit their palette are still grown and supplied to the neighboring cities. Purple Cabbage, White French Beans, Brussels Sprouts, Turnip, Brocolli, Peas, Lettuce, Baby Carrots, Leeks etc. are grown here and these vegetables have woven their way into the South Indian kitchens and have blended well with the cuisine of the region.  Terrace gardening is practiced in this hilly region to grow them.

Fruits like Peaches, Plums, Rose Grapes, Rambutan, Mangostein, Pears, Baby Apples, Cherries, Passion Fruits, are all grown and sent to the markets across South India. The hill stations of South India somehow have become a place for making and selling homemade chocolates, so ample varieties of chocolates are available to take back as gifts.

A variety of flowers both exotic and wild grow with a robustness that is not found in any other region.  The climate in Ooty is favorable for growing exotic vegetable, fruits and flowers.  Trees with branches weighed down with moss, ferns and epiphytes makes you realize the high altitude of the hilly regions. 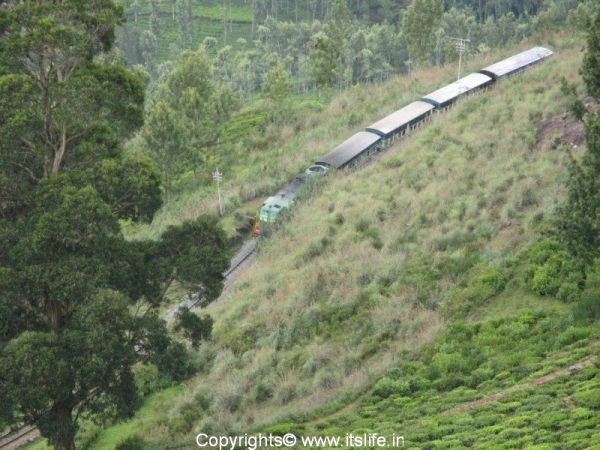 The Nilgiri Mountain Railway (NMR) or Ooty Queen is one of the oldest mountain railways in India. UNESCO has declared NMR as a World Heritage Site in July 2005. 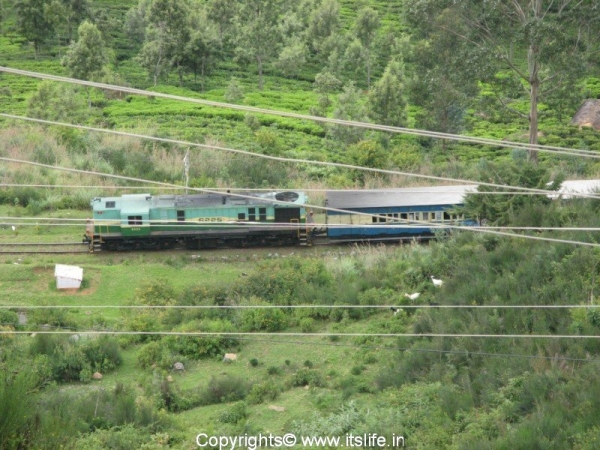 The train runs between Ooty and Mettupalayam town. The scenery that unfolds while traveling on this train is breathtaking with valleys, tunnels, bridges and encounter with wild life. 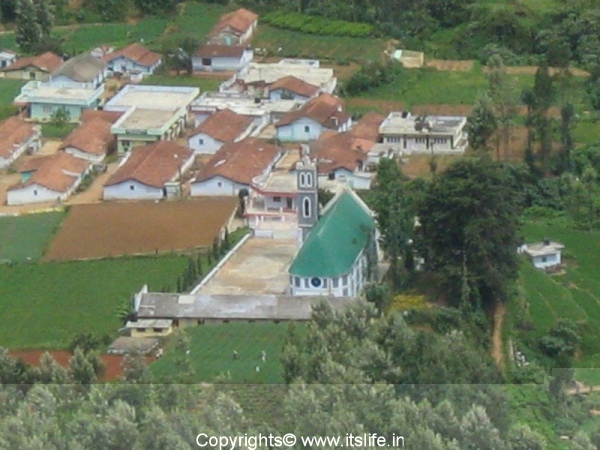 There are many boarding schools in Ooty started by the British with very good infrastructure and standard of education.  There are many colonial buildings that dot the area adding a bright spot in the landscape.

Shopping and eating out in Ooty is an experience by itself.

Ooty can be visited throughout the year except for the month of December and January since it will be extremely cold during these two months. The people are friendly and languages spoken are Tamil, Hindi, English, Kannada, Malayalam.