The western coast of South India is guarded by an imposing 123 feet statue of Lord Shiva at Murdeshwara. Murdeshwara is a town situated in Uttara Kannada district, Karnataka. The town is famous for the beach temple dedicated to Lord Murdeshwara (Shiva) and world’s second tallest Shiva statue. 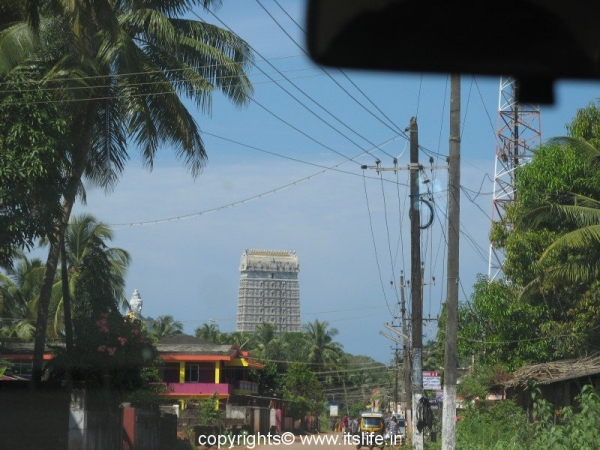 The legend narrates that Ravana pleased Lord Shiva with intense devotion and got the Atma Linga to attain immortality. Lord Shiva instructed Ravana to never place Linga on the ground until he reached Lanka, failing which, the Linga will be impossible to move it from there. As Ravana journeyed back to Lanka, Narada was worried about the impact of Ravana gaining immortality. To save the earth, Narada requested Lord Ganesh to stop Ravana from taking the Atma Linga to Lanka. Lord Ganesh was aware of Ravana’s evening rituals and decided to trick him during this time. As Ravana approached Gokarna, Lord Vishnu through illusion created the evening sky. Ravana wanted someone to hold he atma linga so that he could perform the rituals. Ganesha in the form of a Brahmin boy approached Ravana and offered to hold the Linga until Ravana performed the rituals. Ravana instructed the boy not to keep the linga on the ground due to any circumstances. The boy agreed on the condition that he would call Ravana thrice and if he did not turn up he would place the Linga on the ground. Ravana agreed and went to perform his evening rituals. When he returned he found that the Linga was already placed on the ground. Ravana was livid and knew he was tricked as daylight streamed in. He applied all force to uproot the Linga and due to the pressure, the Linga became oval and took the shape of a cow’s ear. Hence the name Gokarna was coined for this place. As he tried to put in more force, few pieces of the Linga have fallen in Surathkal (Sadashiva temple), Sajjeshwar, Guneshwar, Dhareshwar, and the cloth covering the Linga fell in Kanduka hill, Murudeshwara. 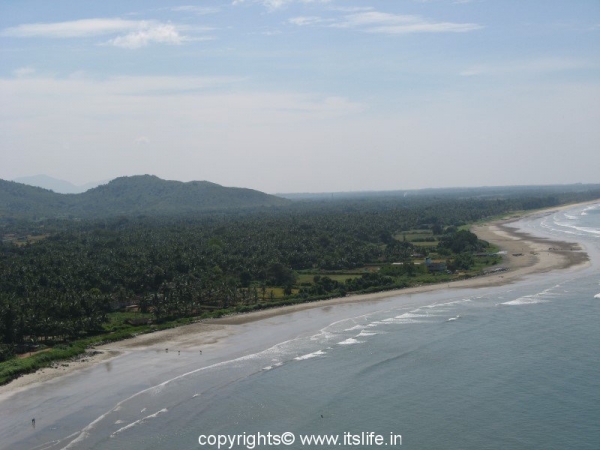 The Murudeshwara temple is built around the Linga and is surrounded by the Arabian Sea. 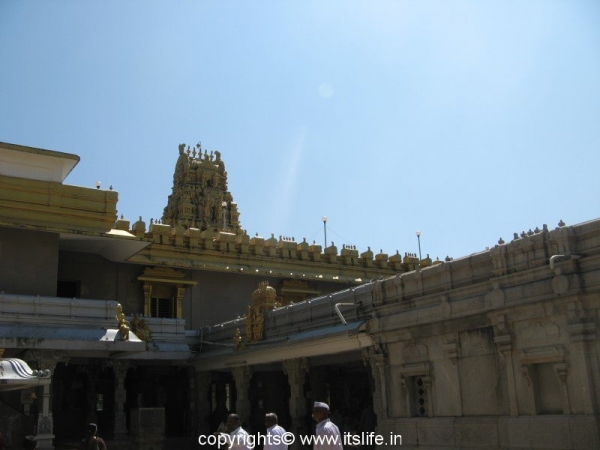 The temple was further extended by businessman and philanthropist R.N.Shetty. A 20 storied gopura (tower) is built with lift to facilitate visitors to go to the top floor and get a bird’s eye view of the temple and the spectacular surroundings. 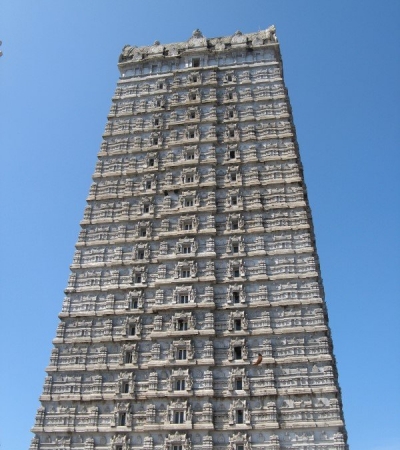 The Linga in the sanctum sanctorum is two feet below the ground. The Linga is a rough rock inside a hollowed spot in the round. 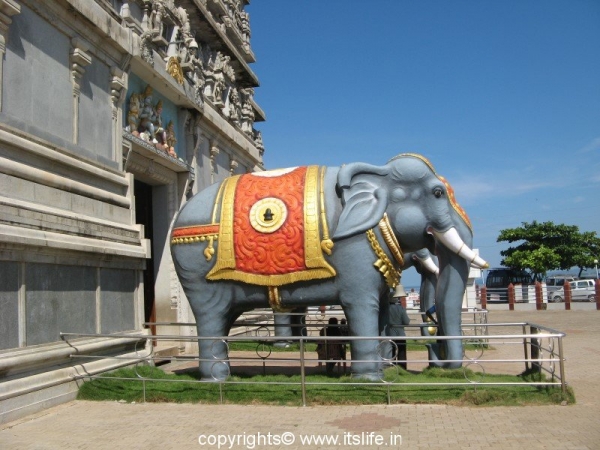 Being a coastal town, the place is hot and humid for most parts of the year and the best months to visit are from October to March. Shivrathri in the month of February is celebrated with much fanfare. The town is a popular tourist spot and there are multiple stay options for the budget traveler and the luxury stay seekers. 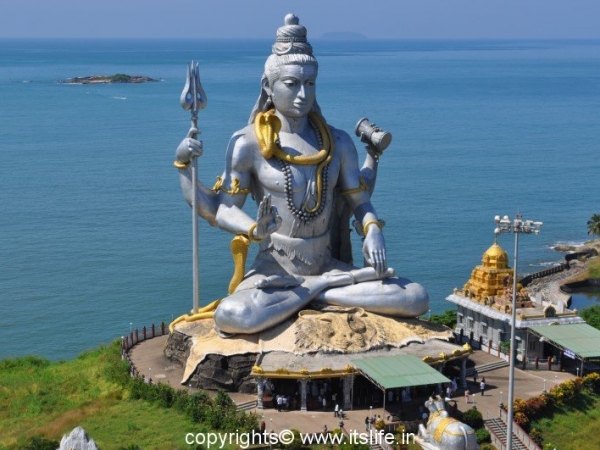 With such a rich history, the place attracts a large number of tourists from all over the country. Visit the place to view the awe-inspiring statue and the equally stunning twenty storied raja gopura in the temple complex. The 237 feet tall temple tower houses a lift and provides a brilliant sight of the incessant waves and the serene Lord.