The Maharana Pratap singh memorial is located on top of Moti Magri / Pearl Hill in Udaipur, Rajasthan. This memorial was set up by Maharana Bhagwat Singh Mewar who took the help of a public trust. 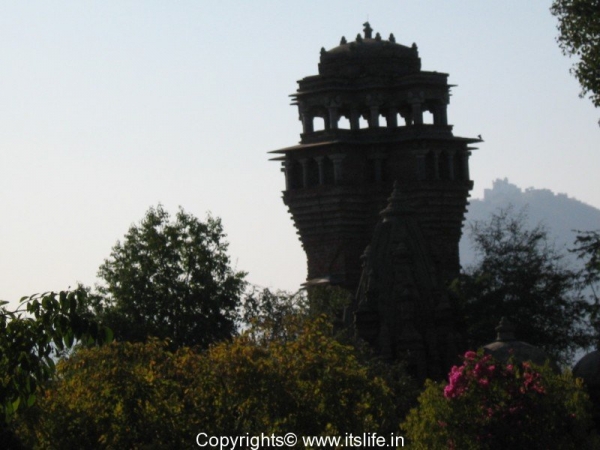 The hill has been landscaped with a Japanese garden and an imposing bronze statue of Maharana Pratap seated on his favorite and loyal horse Chetak.  The ruins of Moti Mahal form the backdrop overlooking the Fateh Sagar Lake. 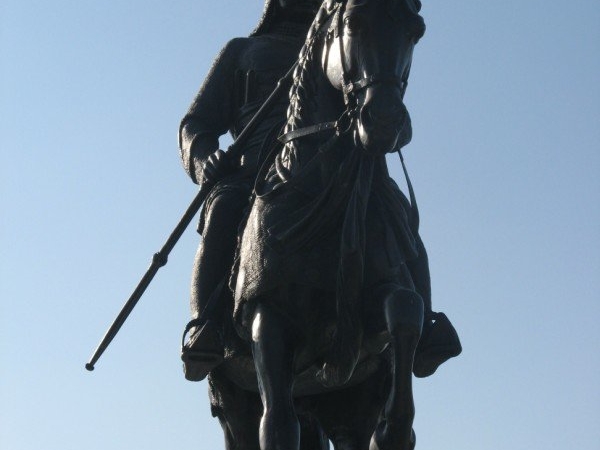 About Rana Pratap:
One of India’s bravest rulers who fought Mughul Emperor Akbar was Maharana Pratap Singh. He was born on May 9th 1540 and succeeded to the throne on February 28th 1572 on the death of his father Maharana Udai Singh. He fought the famous battle of Haldighati against Emperor Akbar. 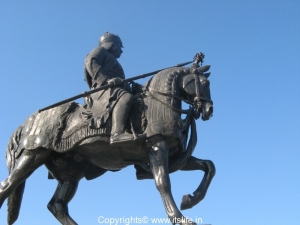 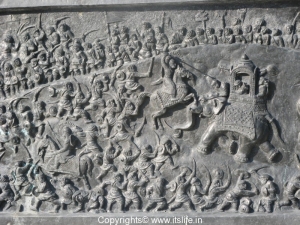 The land of Mewar resonates with the brevity, sacrifices, valor, super human courage, self esteem of their beloved king and this memorial is a place where people come to pay their respects to Maharana Pratap. Maharana Pratap had to roam in the jungles for most part of his life and the tribals known as Bhils, became his confidant. He died on January 19th 1597. Ultimately the Rajputs were defeated by the Mughuls but the Mughals were shaken and acknowledged that Maharana Pratap was the fierecest opponents that they ever faced in India. 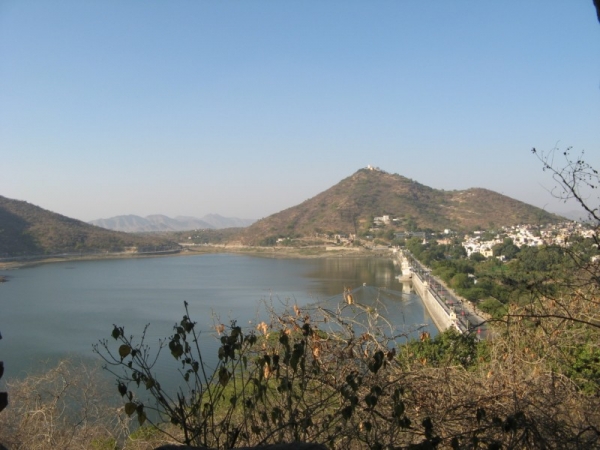 About Chetak:
Maharana Pratap bought a white Arab bred horse and named him Chetak. Chetak is as famous as his master who has contributed a lot to the history of Mewar. Maharana Pratap, was always accompanied by “Chetak” who was faithful and stood for his master at every crucial stage. In the battle of Haldighati, though Chetak was wounded badly he ran like wind and jumped over a gorge and saved the Maharana. He died later on the lap of the Maharana in true Rajput tradition of wounds inflicted on the battlefield. 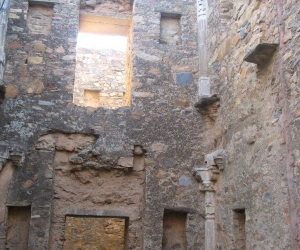 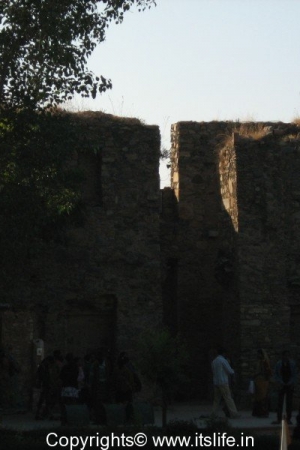 About Moti Mahal:
Maharana Udai Singh II father of Rana Pratap built this palace and lived here when he first came to settle down in Udaipur. Maharana Udai Singh was very happy on the birth of second son of Rana Pratap Singh and visited Eklingji shrine.  He consulted and discussed with his chieftains and advisers and started the construction of Moti Mahal and establishment of a city towards the north of present day Udaipur. The ruins of which exist to-day, known as Moti Mahal. A light and sound show is organized in the evenings here showcasing the 900 years of rule of Mewar. 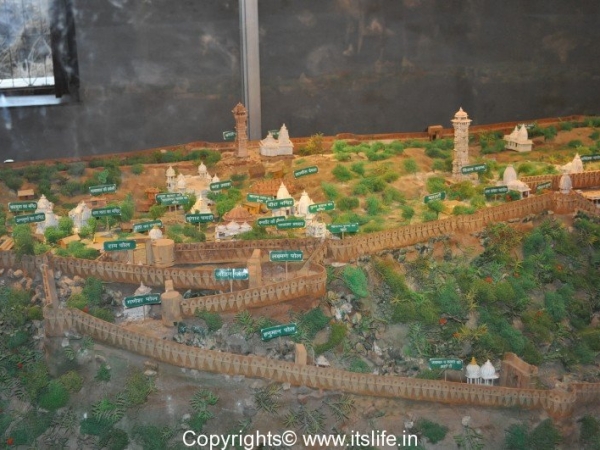 Museum:
The museum has paintings, models of Chittor fort, battle of Haldighati etc. The painting of Queen of Chittor, Rani Padmini is outstanding. 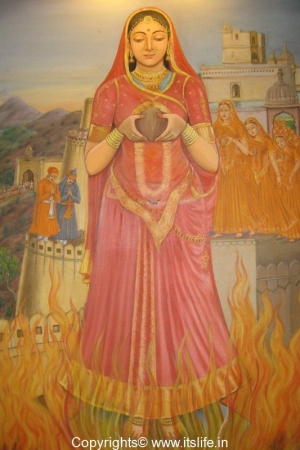 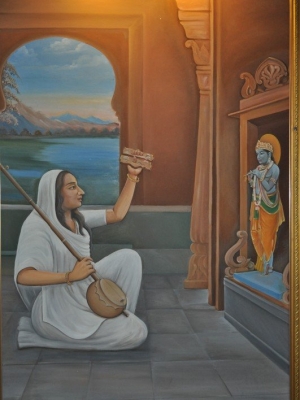 Will u please let me know how made these oil paintings

Hi Sukhdev,
I am not sure who painted these paintings. These are displayed in the museum at Moti Magri.
Regards,
Shantha

Hello, I’m a graphic designer at present making an article on Meera bai for a yoga organisation. Would it be possible to get permission to use the beautiful image above of Mirabai and if so would there be a charge? Many thanks for letting me know. I would give the picture a photo credit in the magazine. With kind regards, Chandra.

Sure Chandra, please go ahead and use the picture.
Regards,
Shantha

Dear Shantha, Many thanks!
Regards, Chandra

Hi. Do you know what artist did the beautiful painting of Rani Padmini? I visited the museum in 2012 and was deeply struck by that painting – all the more so the next day when I visited Chittor where it all took place. Does the artist still live?

Sorry Bill, I have not noted the name of the artist of this painting.

I agree that it is an excellent painting.