When I read that a large population of waterfowls migrates to Magadi Lake in Magadi Bird Sanctuary near Kurtakoti, Gadag district, I yearned to visit this place during the migration season. I got the opportunity in February 2011 and what I saw was a grand spectacle of thousands of Bar-headed Geese (Anser indicus) quacking, swimming, flying, and nesting on the lake. 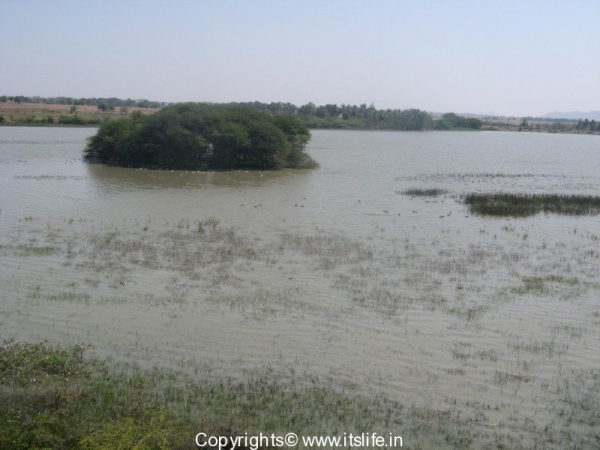 Magadi Lake, scientifically known as Magadi wetlands is situated in Shirhatti Taluk, Gadag district. It is 26 Km from Gadag. The Magadi tank is a manmade lake to harness rainwater and is one of the biodiversity hotspots of Karnataka. The wetlands is spread over 140 acres and is maintained by Karnataka state forest department. 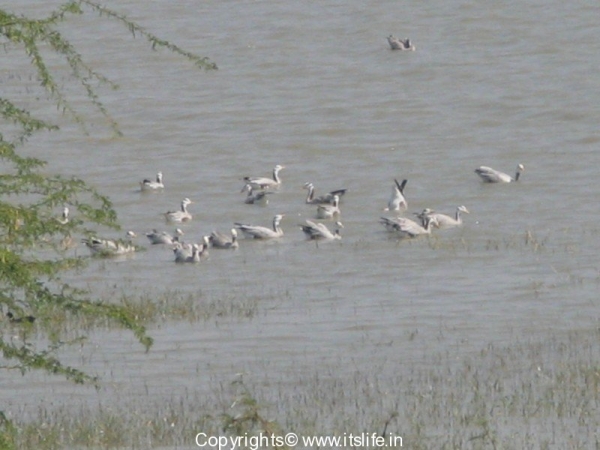 During winter (Nov – Feb), thousands of bar headed geese migrate from Mangolia to Magadi wetlands. Imagine the birds flying over the Himalayas to reach this place! 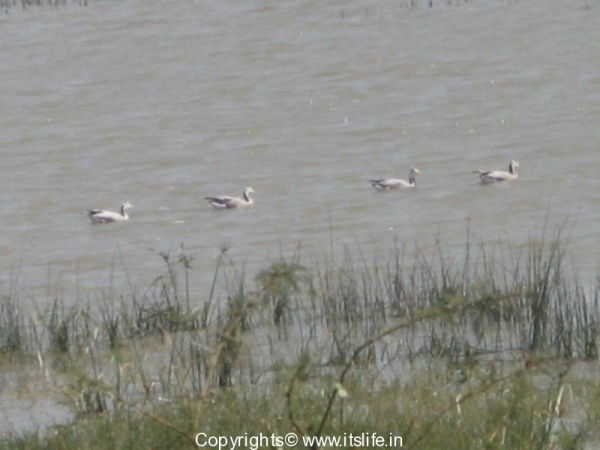 The migratory birds have adapted to this environment very well, and they have even changed their diet from fish, mollusks, and snakes to barley, rice, and wheat. 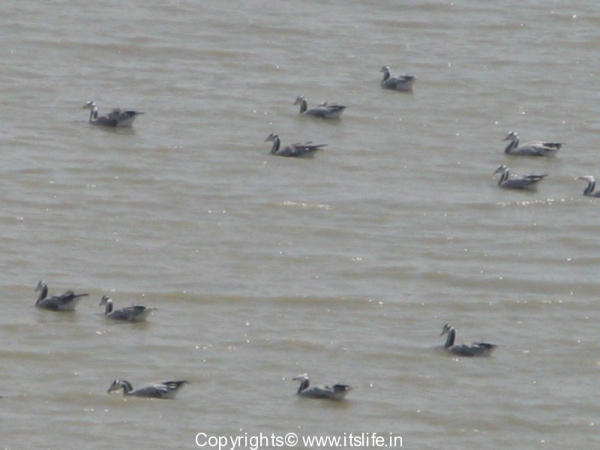 The Ministry of Environment and Forests, Government of India has recognized Magadi wetlands and is on high priority to conserve and protect the site for the birds to continue to migrate and breed. 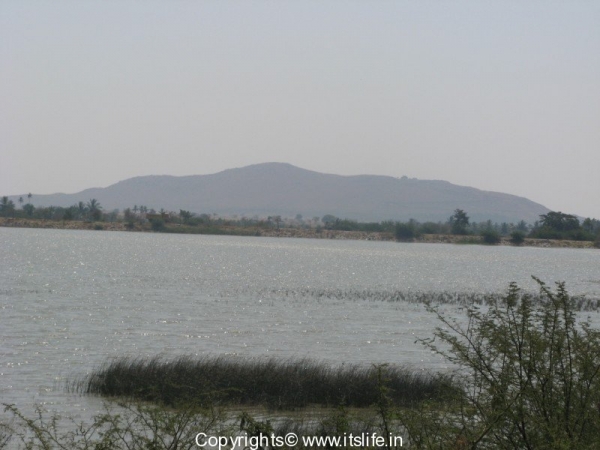 There is also a 3-storied watch tower built for bird watching with a forest official manning a field scope (like a binocular). 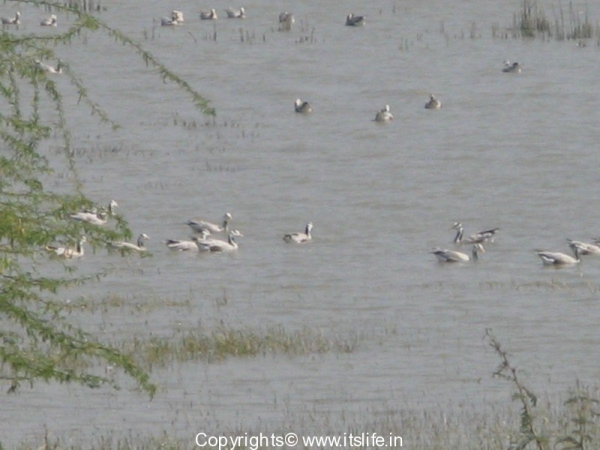 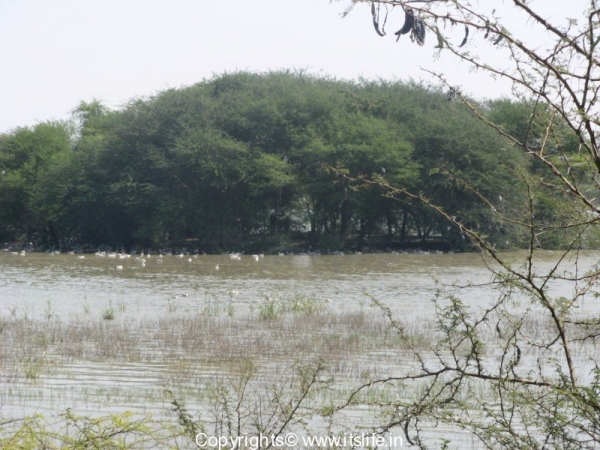 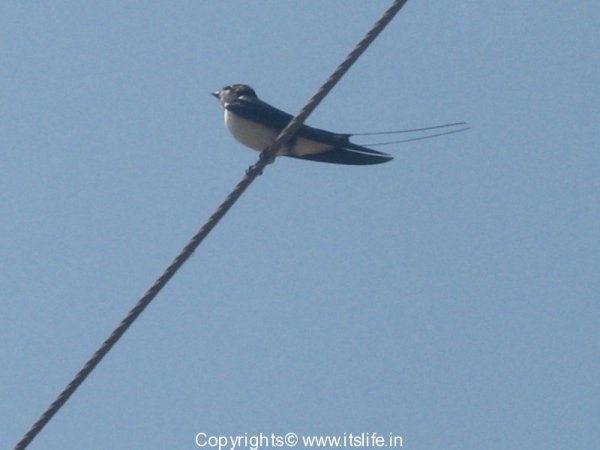 Place Statistics:
Type of place: Lake / Bird Sanctuary
Situated: Gadag District, Karnataka
Distance: 20 Km from Gadag, Gadag it is 26 km, it is located on Gadag-Bangalore Road, from Shirhatti it is 8 km, and from Lakshmeshwar 11 km
Transport: Well connected by road, nearest railhead is Gadag
Facilities: Nil

Good collection of phots and infomation i regularly visit tht lake..
i have some phots to post

Hi Chandramouli,
Thank you for leaving this note. You can upload the photos onto flickr and leave the link here as a comment.
Regards,
Shantha

Good to know about to this place

Thanks for visiting Pandian.

Thank you so much for your information. I met the forest officer in Bangalore conference in April, who was instrumental in declaring this lake as bird sanctuary. One person on facebook told us that the condition of this lake is not what is expected out of a sanctuary – human interference. Is there any nature club who organizes visit to that lake? I would like to visit it in coming winter. Thanks again.

Hi Dr. Rujuta,
This lake is not like any other bird sanctuary. The lake is alive and interesting only when the birds migrate here. I am not aware of any nature club organizing visits to this lake. If I come across I will let you know.
Hope you can visit this place soon.
Regards,
Shantha

Thanks Shantha for responding.

Very good information. Is there Any new updates and information available to visit this lake for bird watching. Thanks, Poonam

Best time to visit is November, December, and early January.