Lakkundi is also known as Lokki Gundi and it is a place filled with history, striking yet forgotten Hindu and Jain temples, wells, inscriptions and museum .  This village is situated 12 kms South-East of Gadag. 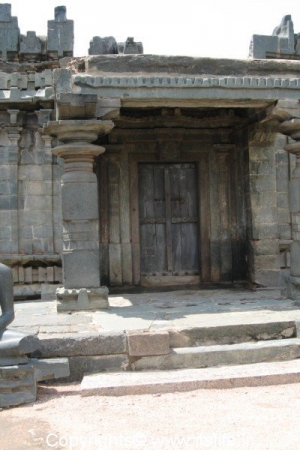 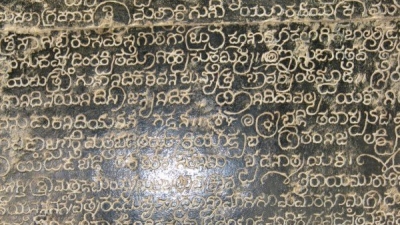 The Chalukayas defeated the Rashtrakutas and built a city called Kalyani, this city does not exist now, but the architecture of Kalyani Chalukya Temples at Lakkundi are a delight for historians, architects and archeology enthusiasts.  The place is also well known for its tankashale / mint and according to archeologists and historians gold coins were minted here and the mints were known as Lokkigadyana and Lokkinishta.

Lakkundi has more than 100 ruined temples and sacred wells known as Kalyani or Pushkarni and 29 inscriptions spanning from the rulers of Chalukyas, Kalachuris, Seuna and the Hoysalas.  There are only few of them, which has withstood the test of time and these temples are Kashivishwanatha, Mallikarjun, Halagunda Basavanna, Virupaksha, Lakshminarayana, Manikeshwara, Veerabhadra, Nanneshwara, Someshwara, Neelakanteshwara, Kumbar Siddeshwara or Nadayadeva, Nagaradeva, Vishwantha and Brahma Jinalaya temple.  Outstanding temples among these are Kashivishwanatha, Nanneshwara and Brahma Jinalaya.  Archaeological Survey of India (ASI) has maintained a museum, which offers a peek into the history of the place. 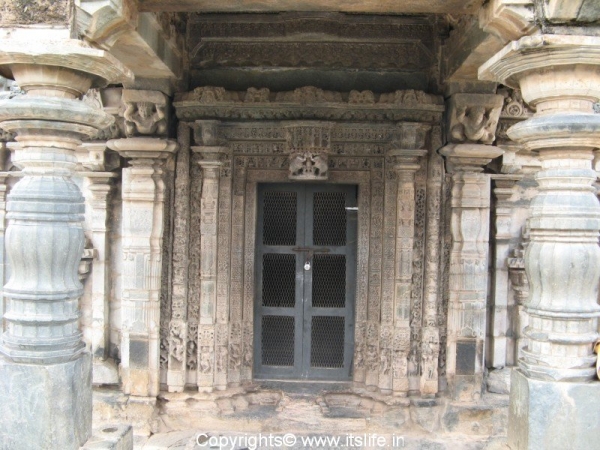 Kashivishwanatha / Lord Shiva Temple is the most flamboyant of all the temples with intricate designs carved on the shikara / towers and the doorways.  The sanctum santorum has a Shiva linga / representation of Shiva. 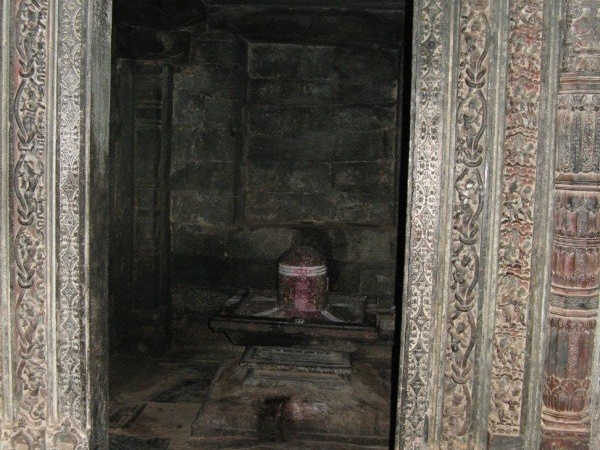 Strong circular pillars support the roof with sculptures and designs carved par excellence.   The doors have ornately carved panels each panel is carved differently with different themes like animals, birds, flowers and creepers. 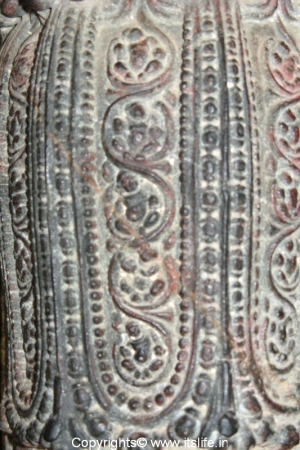 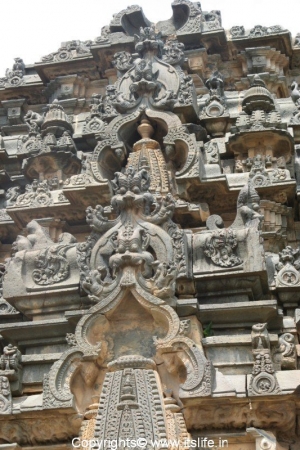 Picture3 – Kashivishwanatha Temple Pillars and Keerthimukha on the gopura / tower

The Keerthimukha / legendary face, which was the emblem of the rulers of those times can be seen prominently carved on outer walls of the temple. 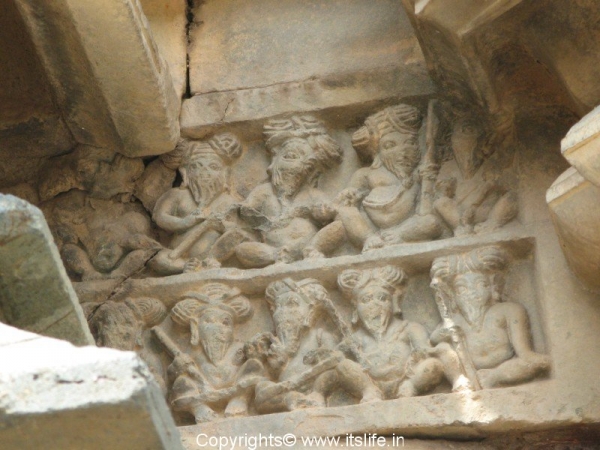 The Kashivishwanatha temple has a door on the south side too.  This door also has many panels with patterns carved in detail. 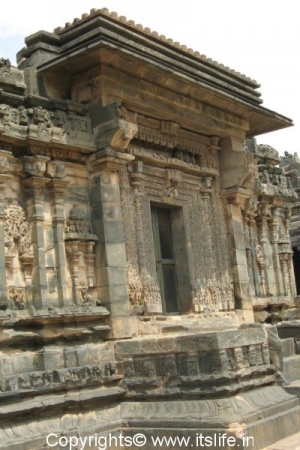 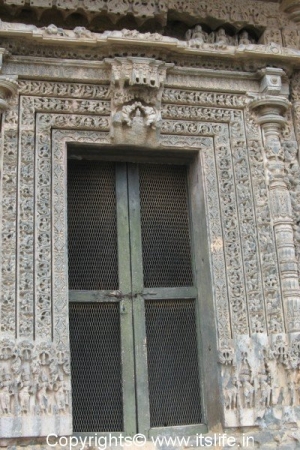 Makara, a strange animal with elephant trunk, crocodile body and peacock tail is a Hindu mythical animal and the vehicle of gods Ganga and Varuna is depicted in the temple.  Shiva as a baby, which is not found anywhere is also depicted on one of the panels. 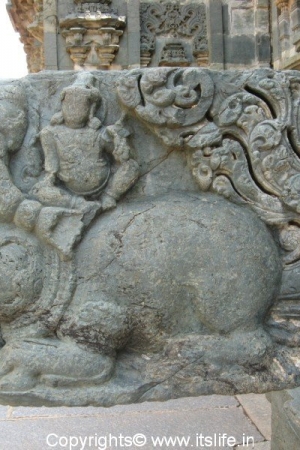 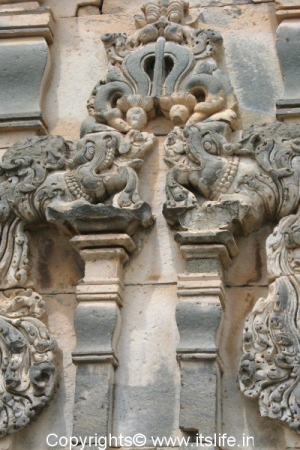 A 5 inch tall figurine of a dancer posing with the mirror is carved to perfection here, and the most surprising is the same pose is also sculpted in Belur temple but larger in size. 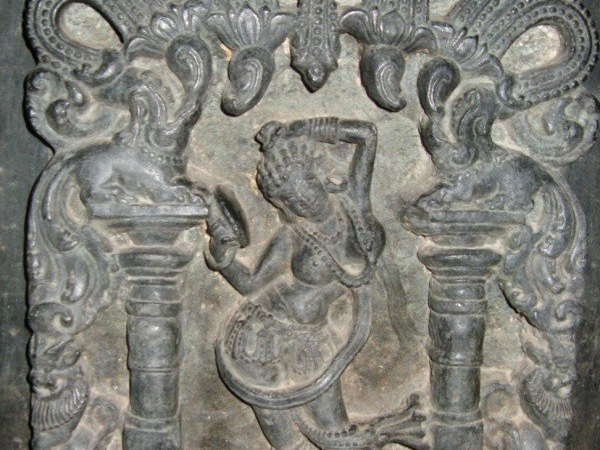 The distinctive facet of this temple is that a small Sooryanarayana / Sun god temple faces the Kashivishwanatha temple on the west. 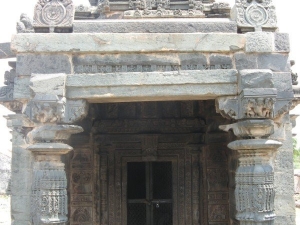 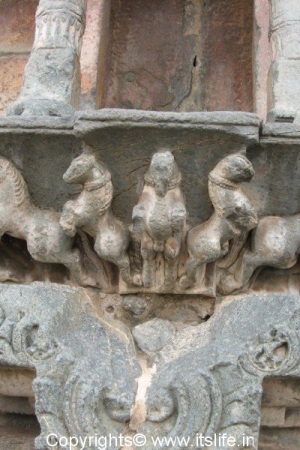 A raised platform with steps on either side connects the two temples.  An idol of Sooryanarayana now destroyed had presided in this temple.  On top of the temple is the remnants of Sooryanarayana riding his chariot drawn by the 7 horses. 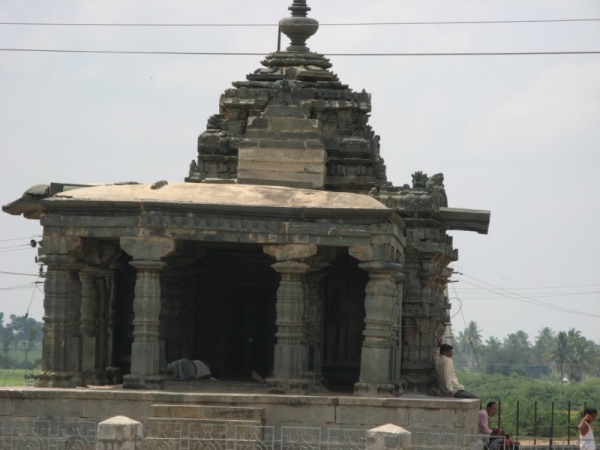 Nanneshwara Temple behind Kashivishwanatha temple though smaller is also an important shrine and worth a visit. 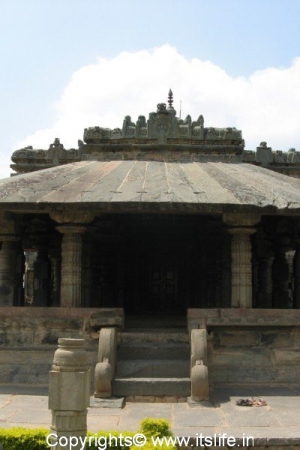 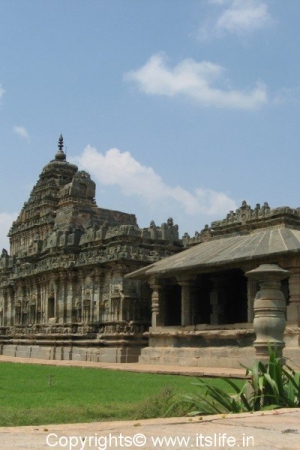 Brahma Jinalaya is a Jain Basadi / temple built in the 11th century by Attimabbe mother of Ahniga Masavadi the ruler of Lakkundi.  Queen Attimabbe was generous and a benefactor of Kannada literature and Jainism due to which she earned the title “Daanachintamani”.  Poet Ranna and Ponna’s literary works were cherished and encouraged by Atiimabbe. This temple is one of the largest and displays the exemplary temple architecture of the state of Karnataka.  The temple is dedicated to Bhagavan / Lord Mahavira. 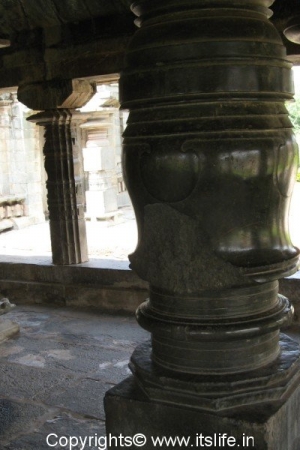 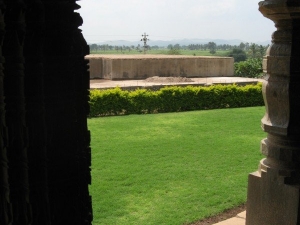 Picture11 – Pillars of the open hall

The Basadi is built with schist (schists form a group of medium-grade metamorphic rocks with prevalence of minerals such as micas, chlorite, talc, hornblende, graphite, and others) and hence the sculpting became easier than working with sandstone.  The designs thus carved are delicate with finesse. 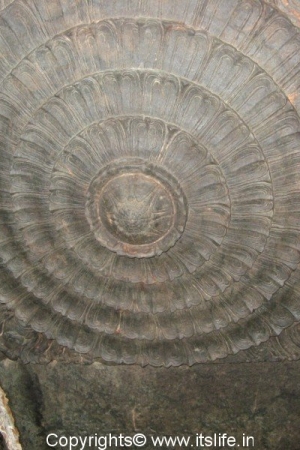 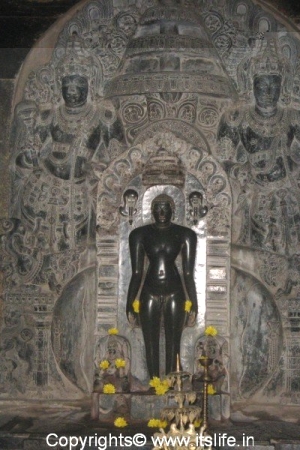 Basadi has a secure Mukha Mantapa / facing hall and a huge open hall propped by polished pillars each designed and cut differently forming geometrical patterns.  In the Garbagruha / sanctum sanctorum is the idol of Bhagavan Vardhamana Mahavira Tirthankara, which is 4 feet tall.  The door panel of the garbagruha is grand and carved to perfection. 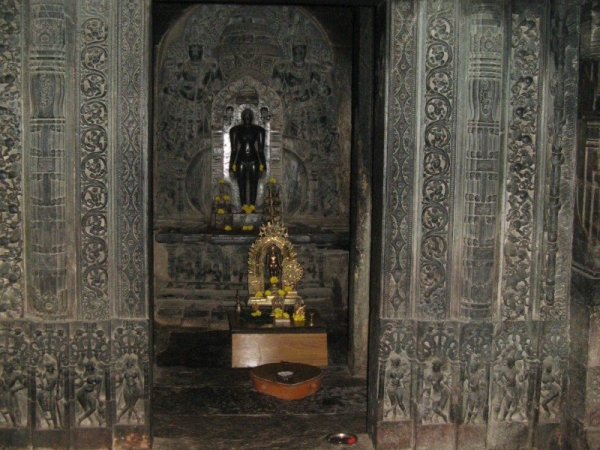 The statues of Chaturmukha / four faced Brahma and Goddess Saraswathi in the temple are very attractive and the visitors cannot stop praising the workmanship of the sculptors. 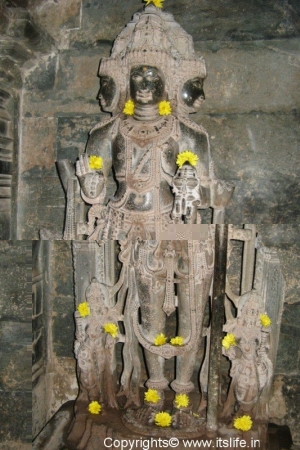 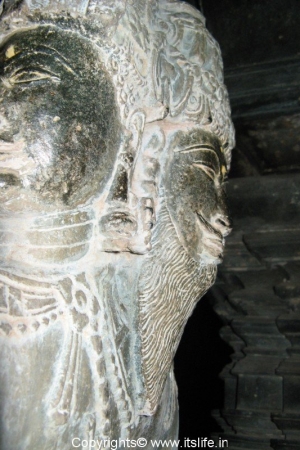 Stepped sacred wells known as Kalyani at Lakkundi are excellently carve and unique with proportionately built steps forming a pattern with Lingas / representation of Shiva embedded in the walls.  The popular wells are Chateer Bavi, Kanne Bavi and Musukina Bavi.  There is a lake in the village wherein many idols/statues of Chalukya period are found even to this day.  These are recovered and housed in the museum. The annual festival known as Lakkundi Utsav, is celebrated during the month of May.  An award constituted by the Karnataka Government in honor of Queen Attimabbe known as Daanachintamani is conferred during the festivities. Other interesting places nearby are Dambal (14 Kms), Gadag (12 Kms) and Itagi (25 Kms).

I have been to Lakkundi last month and it is a lovely place!

Hey Shriram,
Thank you for your kind words.
Regards,
Shantha

I had been to this place long back in 1992-93.
Magnificent temples. i was told by local peoples, gold coins were showered here and even now some people find gold coin during excavation.

Hi K.C.Jain,
Thanks for your feedback on the temples. Yes, I agree that they are truly magnificent.
Regards,
Shantha

I visited Lakkundi recently and made a short video http://www.youtube.com/watch?v=dC0d0j2A-kQ

Thanks Satya for sharing the video. Great job!