Kunti Betta / hill was the destination for a cycling and rock climbing expedition during my college days. 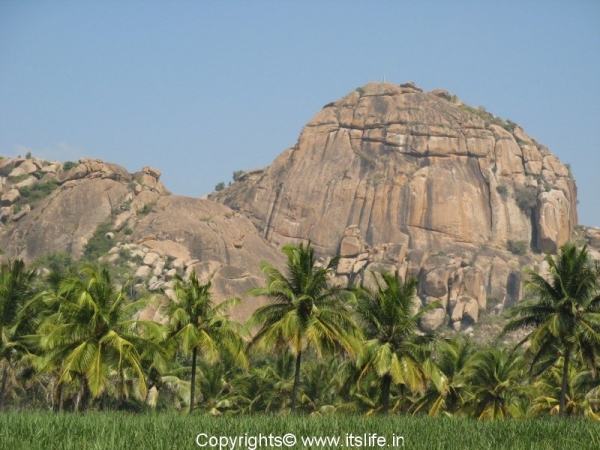 With non gear cycles like BSA-SLR, Hero, Nataraj etc., loads of determination, and oodles of excitement and absolutely no stamina we had come back with total exhaustion, cramps, punctured tyres but still triumphant for having completed the expedition!

The height of Kunti Betta is 80 metres and is at a distance of 4 kms from Pandavapura (Mandya district).  The hill is named after the mother of Pandavas/five brothers in Mahabharatha.   The legend of this place narrates that Pandavas spent the last few days of their exile in the hills and named the hill after their mother Kunti whom they missed. Kunti Betta is the location where Bheema destroyed the demon Bakasura.   The town nearby is called as Pandavapura after the Pandavas. 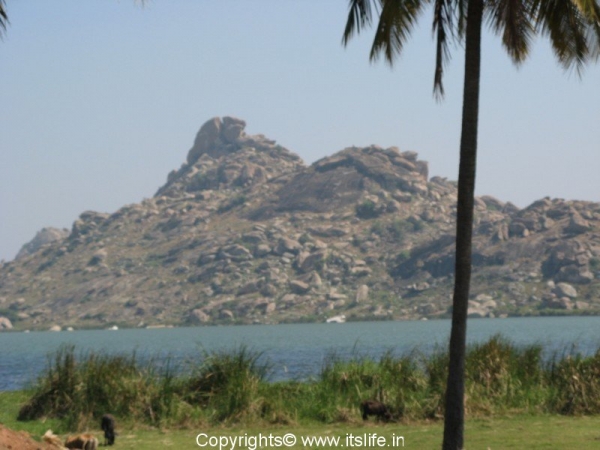 The hill was also popularly known as French rocks as the French troops had camped in this region in the 18th century to help Tipu Sultan in his war against the British.  From the top of the hill the expanse of Tonnur Kere/lake can be viewed.

The hill has twin peaks with rocks uniquely arranged with clumps of trees growing here and there.  It is a perfect place to try rock climbing or to trek on the path and visit some interesting sites pertaining to the legends associated with the place.  The temples are dedicated to Kunti, Mallikarjuna / Shiva and Lord Rama. 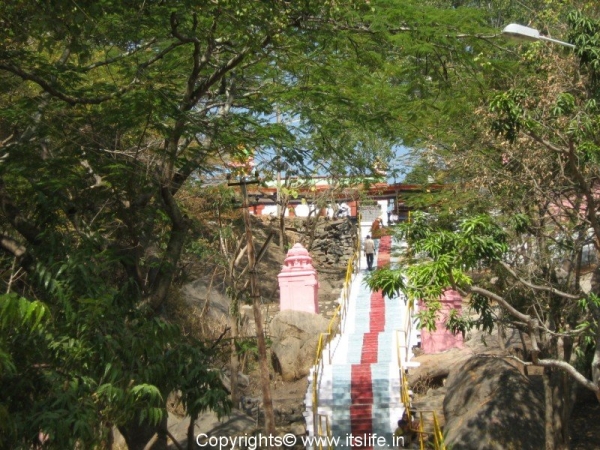 As the climb gets steeper you will be surprised to land on a flat terrain, where there is evidence of the land having been cultivated a few centuries ago.  This place has a rock pond (water collects in the rock like a pond) known as Kunti Kola and a footprint of Bheema is present on the rock.

The view from the top of the hill is astounding with alternate square sugarcane and paddy fields spread like a design on a quilt till the horizon.  This hill can be seen from Karighatta / Black hill. 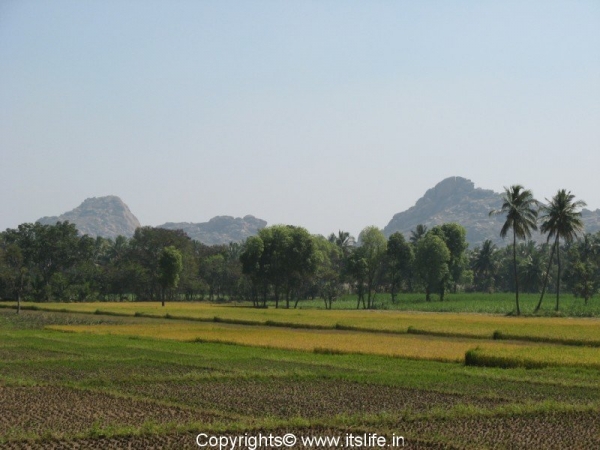 You can visit Tonnur Kere and Melukote along with a trek to Kunti Betta on a single day.

Thank you for this post on Kunti Betta. I lived in Pandavapura for five years during my school days and this place used to be my favorite place. With a friend of mine, we used to cycle to this place and attempted to climb to the top of the highest peak. We couldn’t find the way up several times but at last one day we found the path and we reached the highest point. As kids we were so overjoyed. And then I had a period of Bird Watching as hobby. Again I used cycle to this place alone and… Read more »

Hi Prashanth,
Wow…you must have had a very exciting boyhood days. The next time I visit this place I will surely look out for birds…we are bird enthusiasts too….
Regards,
Shantha