Kudupu town is situated very close to Mangaluru. The name Kudupu means a basket woven out of dried forest creeper. 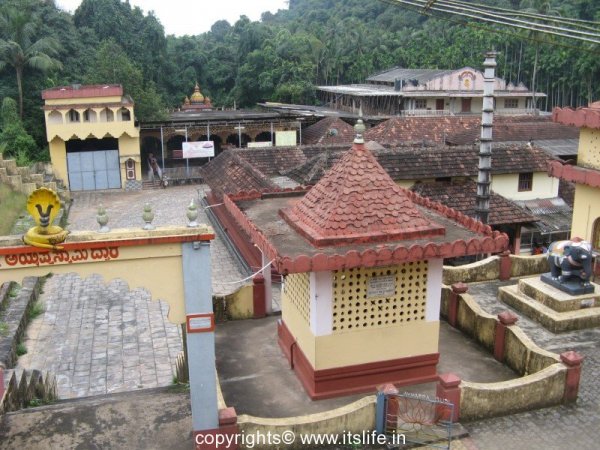 Sri Ananta Padmanabha Temple is a major temple visited by thousands. The main deities of the temple are Ananta Padmanabha (Lord Vishnu), Subrahmanya (son of Lord Ganesha), and Vasuki Nagaraja (Serpent God). The temple is near Bhadra Saraswathi Thirtha River. 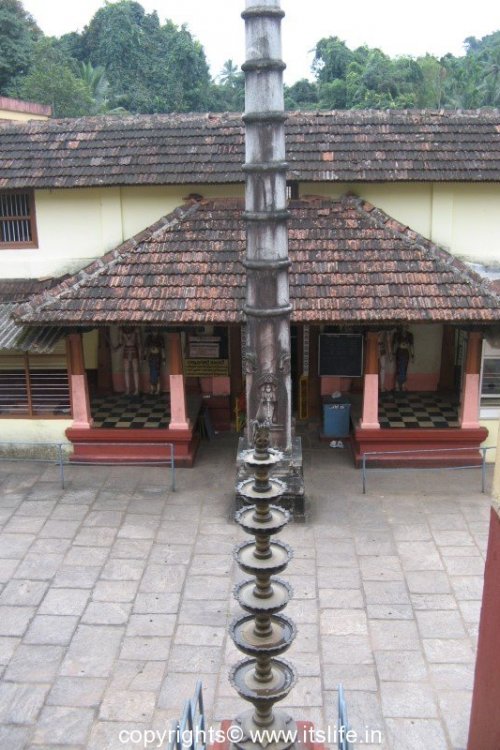 In the main temple, Sri Ananta Padmanabha Swamy also popularly known as Vishnu is installed facing West. There is a huge Naga Bana (multiple Serpent god stone installations). There are more than 300 Serpent idols in the Naga Bana. 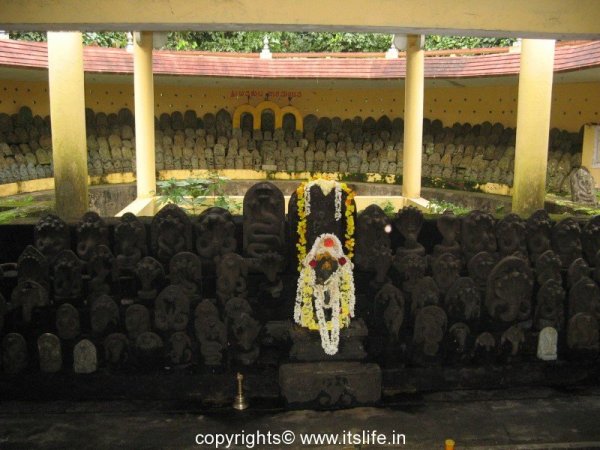 The architecture of the temple is the typical Dakshina Kannada with sloping tiled roof. There are remarkable details on the walls, pillars, and the roof. The materials used are stone, granite, and intricately carved wood. The roof carvings is very attractive as they are colorfully painted. 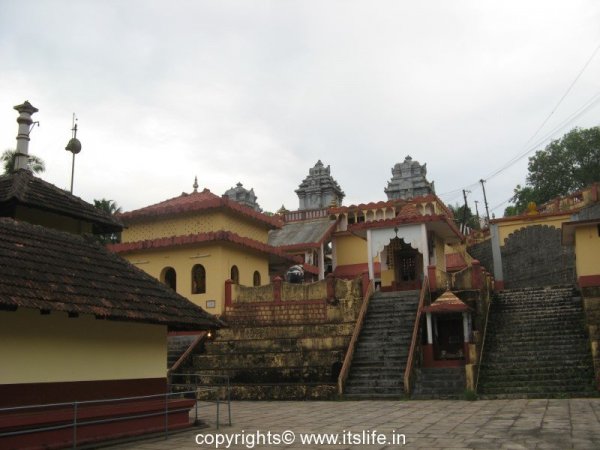 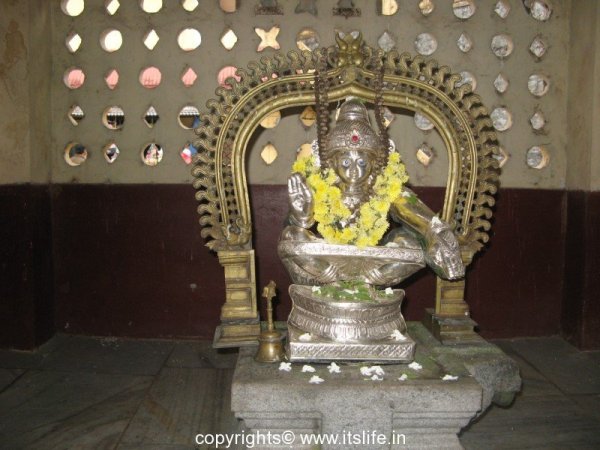 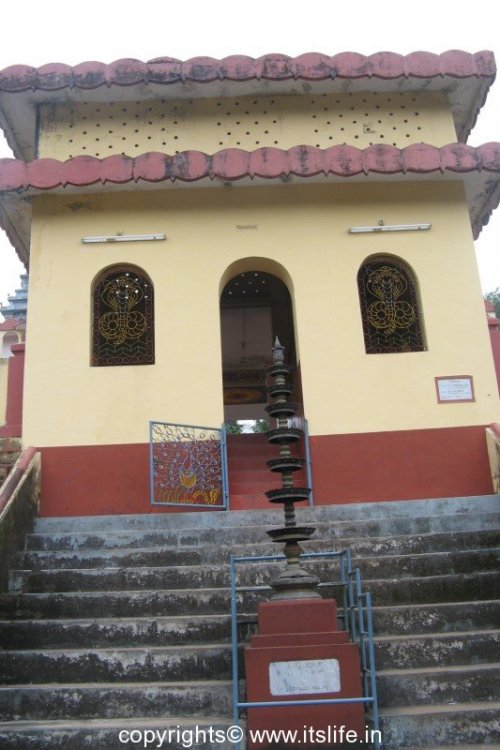 Legend says that a Brahmin by name Kedar meditated to Lord Subramanya for an offspring. The intensity of the meditation was such that Lord Vishnu had to request Lord Subrmanya to grant the Brahmin’s wishes. But, Lord Subramany informed that Kedar could never have children but he will get salvation. Lord Subramnay appeared before Kedar and blessed him and his wife became pregnant but produced 3 eggs. The stunned Kedar was informed to place the eggs in the same place where he meditated as the 3 eggs represented, of Lord Mahavishnu, Lord Mahashesha and Lord Subramanya. As instructed Kedar put the eggs in a basket known as Kudupu and placed it where he had meditated and achieved salvation. An anthill grew over it and the temples were constructed around it by King Shurasena. 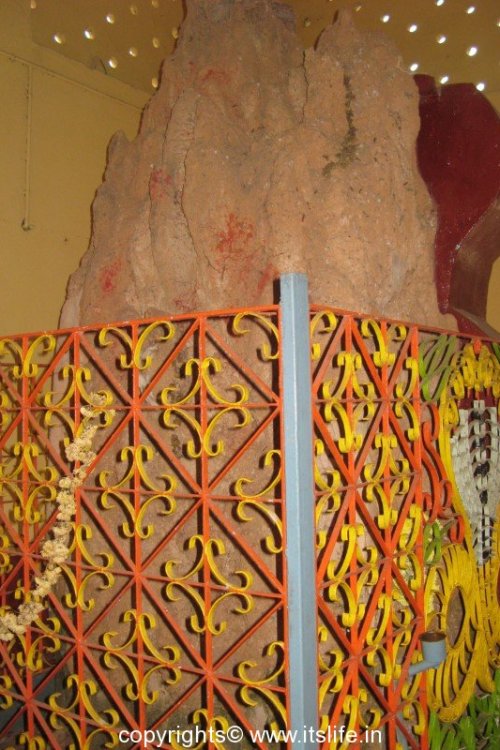 King Shurasena’s hands were restored by the divine intervention of Lord Ananta Padmanabha. He had to build the temple in a day, and he could do it except for the Mugilu (ornamental top portion of the sanctum sanctorum). 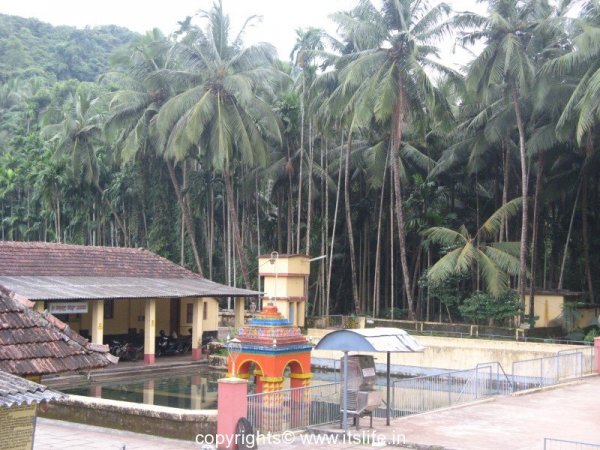 The other festivals celebrated in the temple are Subrahmanya Shashthi, Kiru Shashthi, and Nagara Panchami.

Thanks for writing about the history of the temple. Visited the temple without any info indeed it’s a great temple