In Kateel on an island created by river Nandini is situated the Sri Durga Parameshwari temple. Kateel is located in Dakshina Kannada district, Karnataka. 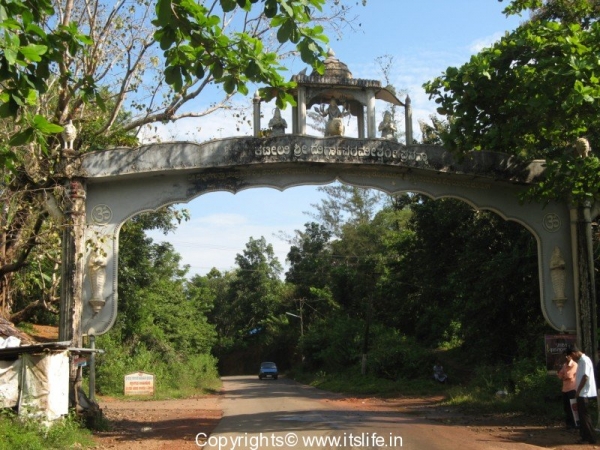 Devotees throng the Kateel Durga Parameshwari temple throughout the year. Another attraction is the scenic beauty of the coastal region. 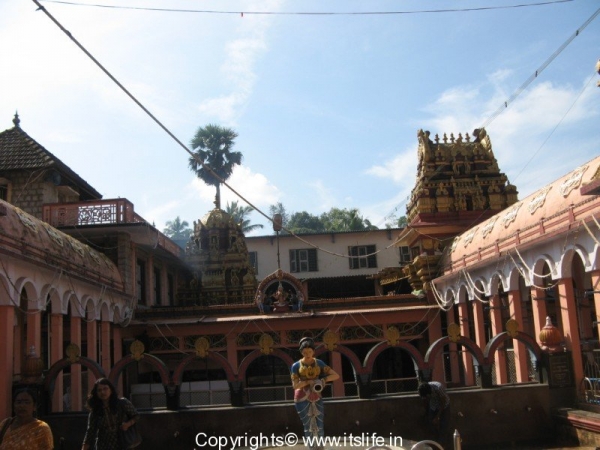 Legends associated with this place:
Birth of river Nandini
When drought hit this region, Sage jabali wanted to bring relief to the people and decided to perform a Yajna. He approached Lord Indra to help him in the Yagna and asked him to lend the divine cow “Kamadhenu”. As Kamadhenu was away, her daughter Nandini was asked to accompany Sage Jabali to earth. Nandini refused to accompany Jabali to earth stating that the earth was full of sinners. This enraged the sage and he cursed Nandini to become a river. Nandini realized her folly a bit too late and asked for forgiveness. Sage Jabali asked her to pray to Goddess Durga. Nandini prayed and Lord Durga appeared before her and told her that she has to flow as a river, but she (Durga) would be born as Nandini’s daughter. Hence flowed river Nandini from Kanakagiri hill. Sage Jabali successfully conducted the Yajna. 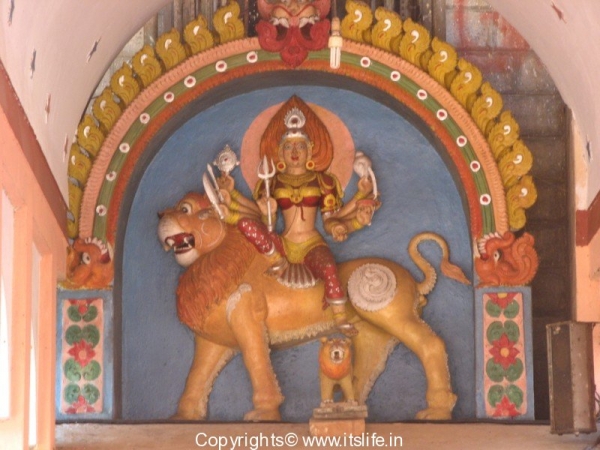 Name Kateel
Demon Arunasura was delighted with the boon Brahma had bestowed him. The boon was that he would not die from any two or four legged being or any weapon. Arunasura was also protected by the Gayatri Mantra. The demon defeated the Devas and conquered heaven. Devas were deeply perturbed and prayed to Goddess Durga. 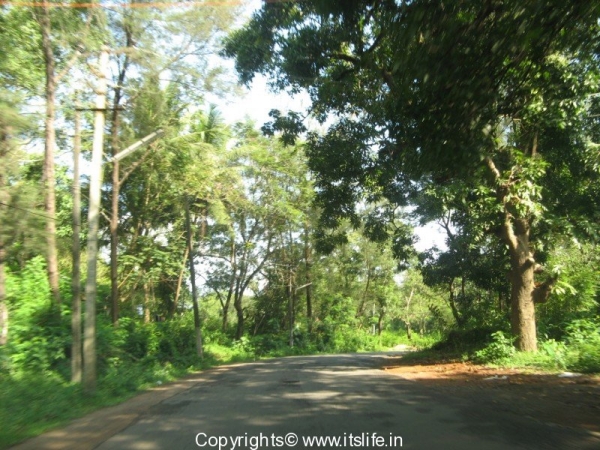 One day as Aruanasura was strolling in his garden, he found a beautiful woman. The lady reminded him as the lady you had killed his brother Shumbhasura. In fury Arunasura tried to kill the woman. The woman who was the goddess herself turned into a stone. Arunasura slashed the stone with a sword and immediately a swarm of bees arose from the stone and attacked and killed him. 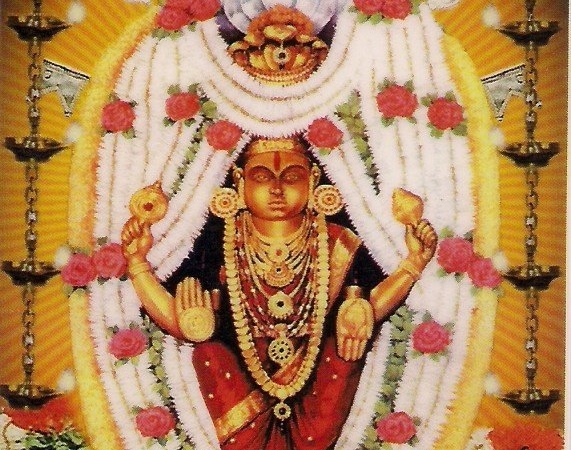 Goddess Durga appeared in her calm form in the place where the present temple is built. “Kati” means center and “lla” means land. 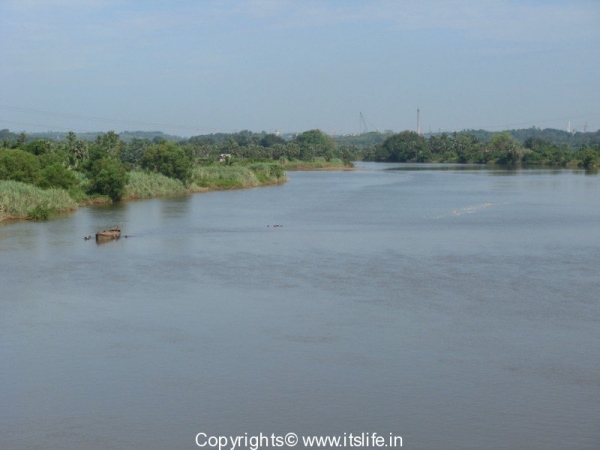 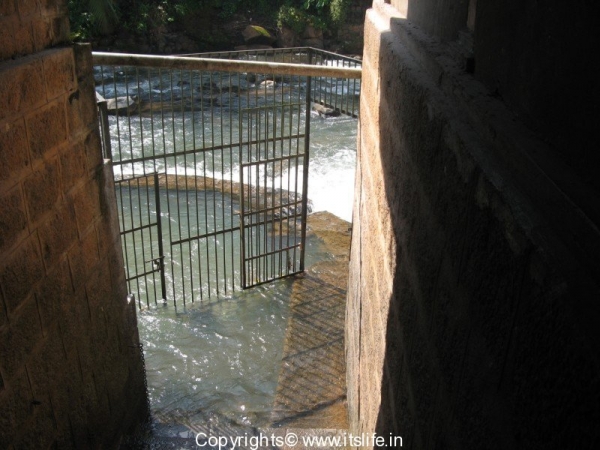 Yakshagana art form is promoted in this temple and performances are held in the temple premises depicting the power of Sri Durga Parameshwari.

Temple authorities have established educational institutions, which facilitates education to the students of nearby villages.  Devotees are served lunch and dinner every day.  Annual festival is celebrated for 8 days in the month of April.

Hi Shantha,
Thanks for posting about this special place and the legends associated with it. I had not heard about the Nandini story. The deity herself is a delight to watch!!
The meal, tasty yet simple is so good.

Thank you Nikhila for the feedback.

Hi – i am planning to travel from Chennai to kateel, horanadu, dharmasthala and udupi in a span of 1 and half days with base as mangalore. Would it be a good idea to stay at the kateel temple accomodation for the night

Yes, it is a good idea to halt at Kateel.

Have a safe and happy trip,
Shantha