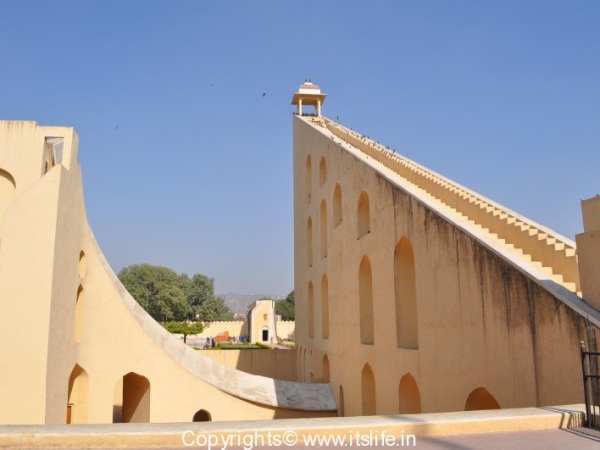 Jantar Mantar Jaipur is situated next to the city palace in Jaipur. The Maharajah was an expert in astronomy and the observatories built by him stand testimony to it. The observatory was restored in 1901 and in 1948 Jantar Mantar was declared a national monument.

The observatory consists of fourteen major geometric devices. Each one of them is built using locally available marble and stone with astronomical scale marked on them. These instruments measure time, predict eclipse, track stars and cosmic positioning of planets. 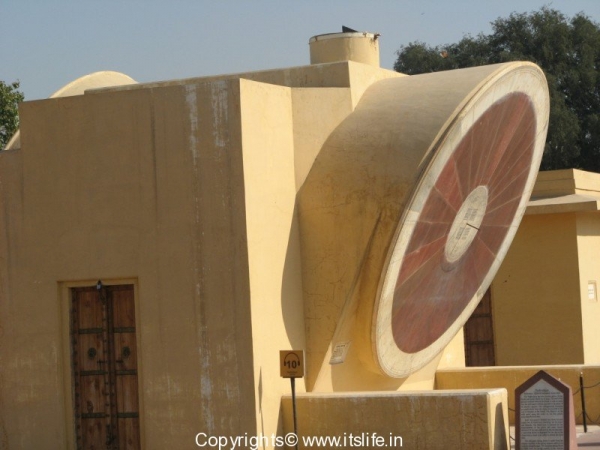 Students of astronomy and Vedic astrology are required to take some of their lessons at the observatory, and it can be said that the observatory is the single most representative work of Vedic thought that still survives, apart from the texts. 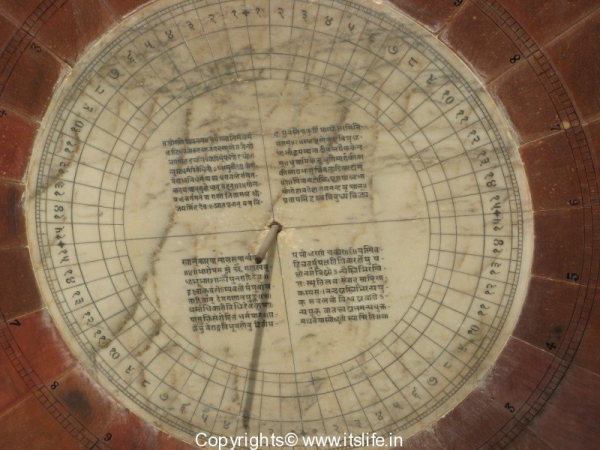 It is a fine example of an observatory devised in the medieval world. It is a proof of cosmological, astronomical and scientific concepts shared by the whole world in the past few centuries.

The Yantra Raj is an adaptation of an Astrolabe, which is a Medieval instrument for the measurement of time and the positions of celestial objects.

This remarkable instrument seems to have interested Sawai Jai Singh greatly. He compiled and studied astrolabes of different languages available in his era and fabricated a comprehensive astrolabe for Jaipur Observatory. 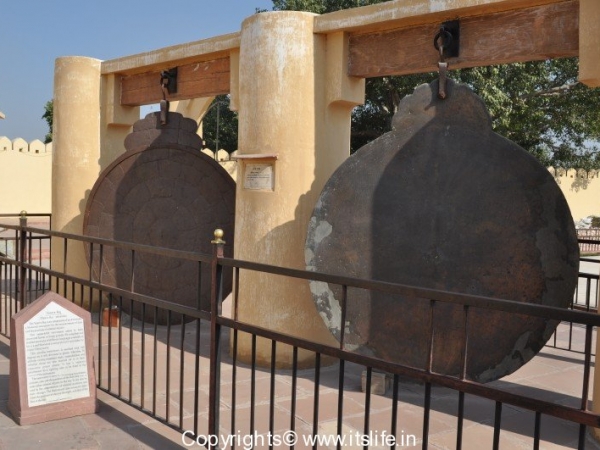 This circular instrument is marked with 360 degrees on it with divisions in ghatis. Likewise, 90 altitude circles, prominent stars, constellations and celestial circles are also marked on it at their respective places. It has a separate attachment for sighting tube to be fixed in the center of the instrument. 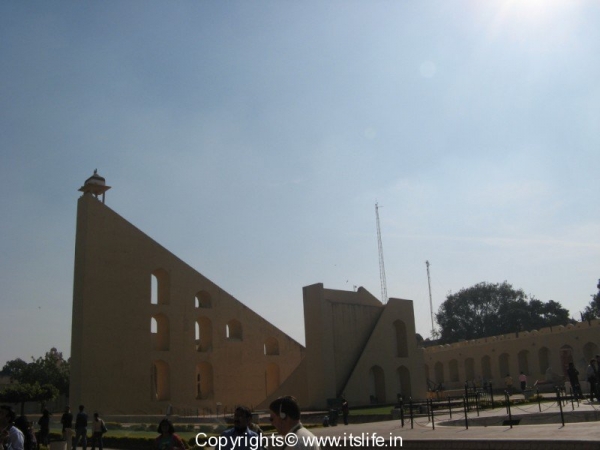 Samrat Yantra
The Samrat Yantra, which is the world’s largest sundial, calculates the time to an accuracy of about two seconds, Jaipur local time. It is 90 feet (27 m) high and its face is angled at 27 degrees, the latitude of Jaipur. Its shadow moves visibly at 1 mm per second on the plotted area to tell the time of day. The Hindu chhatri (small cupola) on top is used as a platform for announcing eclipses and the arrival of monsoons. 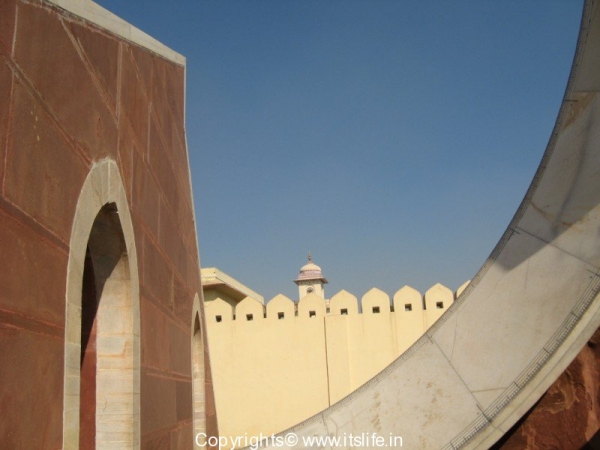 Place Statistics:
Type of Place: Astronomical Observatory
Situated: Jaipur, Rajasthan
Distance: Next to the entrance of City Palace
Transport: Well connected by road.
Facilities: Rest room is available
How to reach: One can easily reach Jantar Mantar from the city by taking local Buses, Rickshaws and Taxis