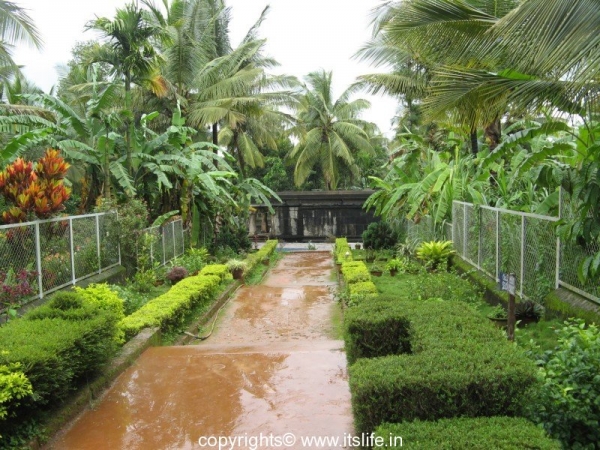 The history of this Jain Temple, Sultan Bathery was narrated to us briefly by the caretaker of the temple deputed by the Government of Kerala. 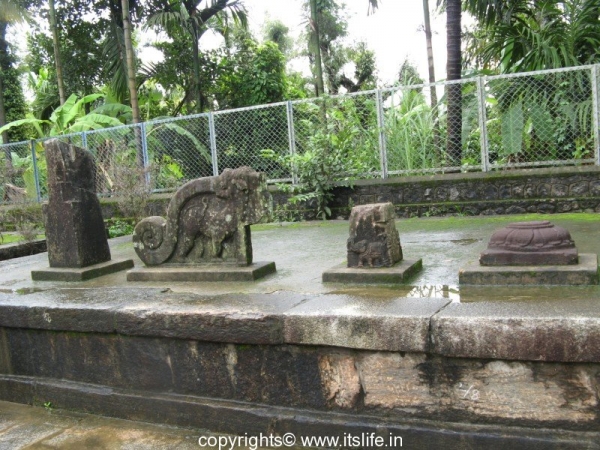 The temple was built in the 13th century. 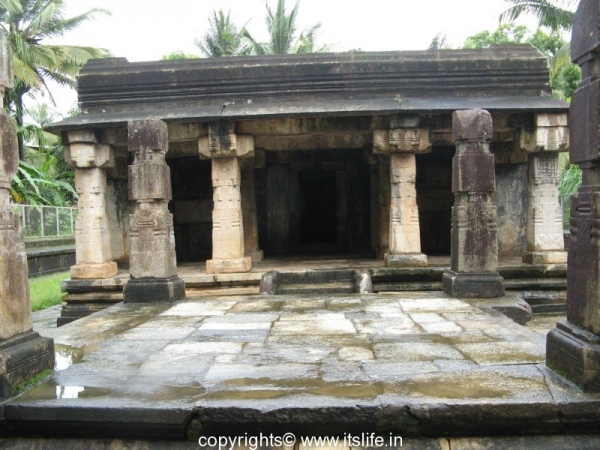 It was very sad to note that the main deity was destroyed when Tipu Sultan stored ammunition in this temple. 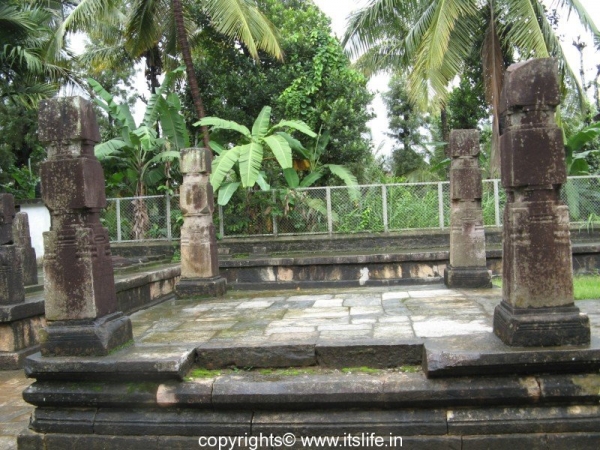 An idol from the Jain temple of Kalpetta is bought here on the day of Mahavir Jayanthi and prayers are conducted as per the Jain rituals. 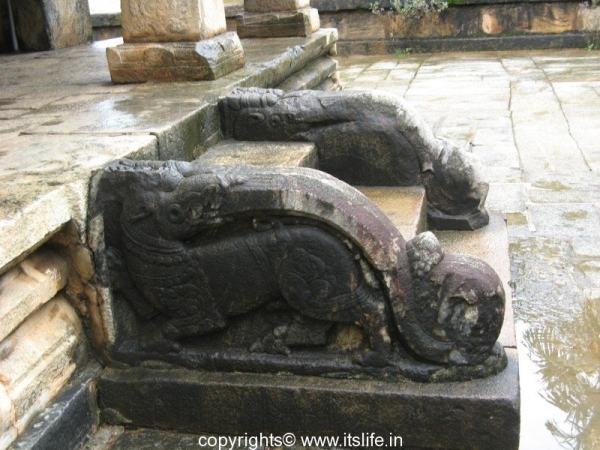 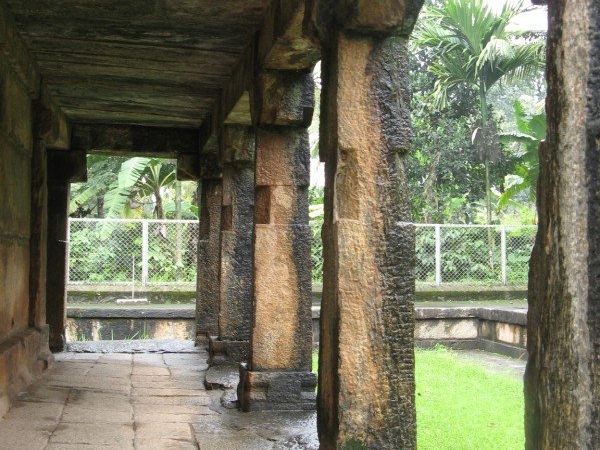 Pillars and walls are sculpted with symbols of Jainism such as, Swan in meditative posture, Naagapasham (the entwined snake), and 7 levels to achieve nirvana. 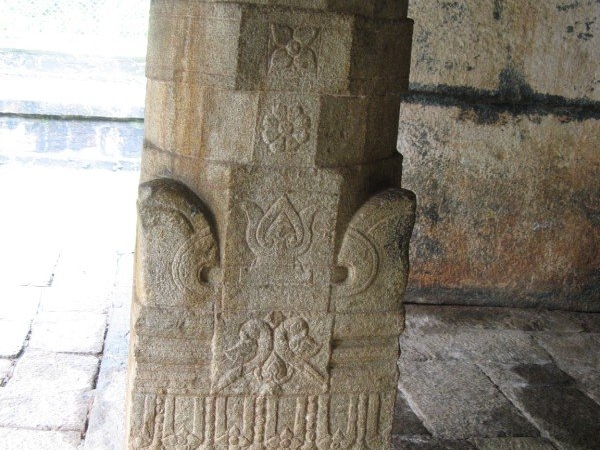 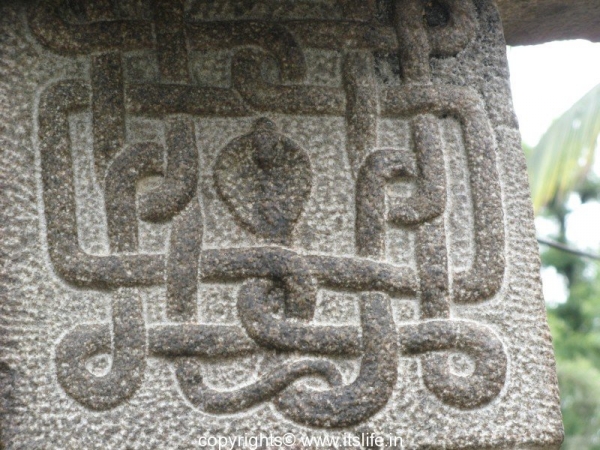 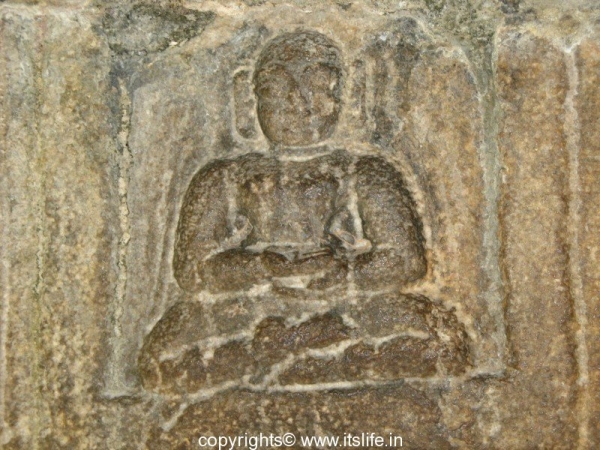