Jaigarh fort also known as Victory fort is one of the most beautiful and unscathed forts in India. In 1726, Maharaja Sawai Jai Singh built this fort on a hill known as Cheel ka Teela (Hill of Eagles) in Aravalli hill ranges surrounding Jaipur, Rajasthan. The imposing fort was built to protect the pink city, Jaipur and Amer from invaders and was also the center of producing artillery. The fort also acted as a safe place for the royals to store their treasures. The fort walls is spread over 3 Km. 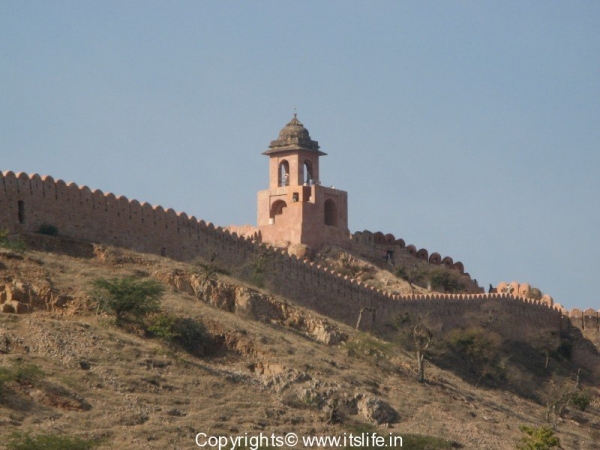 The main gate to the fort is known as Dungar Darwaza and the other gate is known as Awani Darwaza. The Amber / Amer fort is at the bottom of the same hill with passages connecting the two forts. 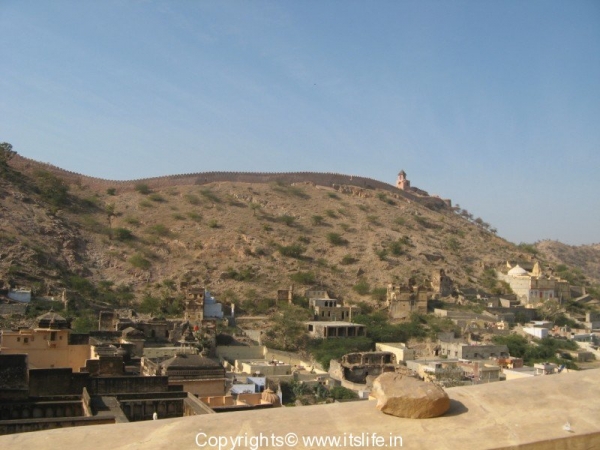 Jaigarh fort is a huge complex with the following interesting places:

Jaigarh Cannon Foundry
This was built by Bhagwan Das in the 16th century, and it is one of the few surviving medieval foundries in the world. It has a furnace, lathe, tools and a collection of cannons.

Jaivan
One of the major attractions in the fort is the display of Jaivan, the largest cannon on wheels in the world. Jaivan was manufactured in the Jaigarh gun foundry in 1720 AD during the reign of Maharajah Sawai Jai Singh. The cannon’s barrel length is 20 ft. 2 inches, the diameter 8 ft. 7 inches and it weighs 50 tons. The barrel is carved with flowers, trees, animals and birds. The range of the gun is 22 miles and it nneds100 Kg of gunpowder for every shot. 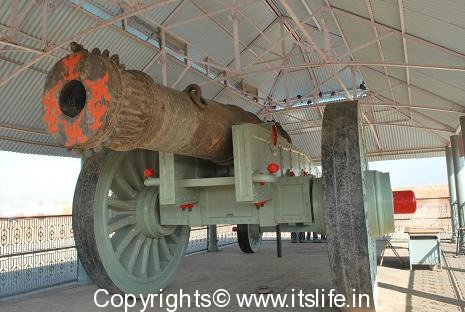 Four elephants were needed to rotate the cannon on its axis.

Water Reservoir
Due to scarcity of water in the region many reservoirs were built in the fort. A 5km long canal was built to enter the fort complex to bring in water from the high hills and store in the fort for the army men. The biggest reservoir Sagar Talav, measures158 feet by 138 feet and is 40 feet deep, and can hold 60,00,000 gallons of water. 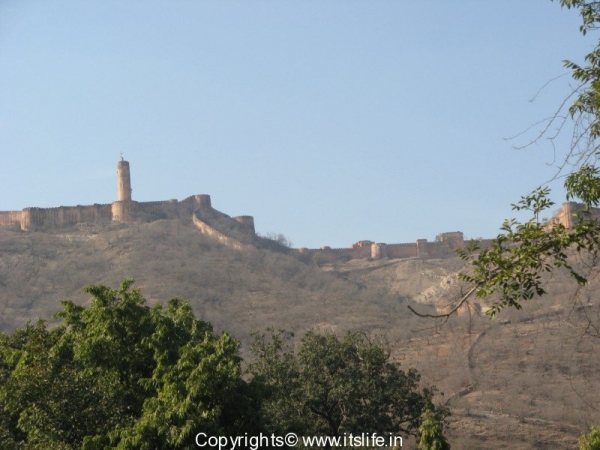 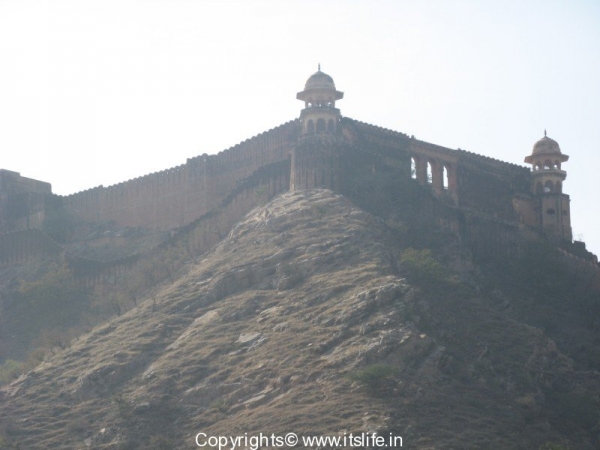 Aaram Mandir
A rest house built for the Maharajah’s and his consorts to relax. It has a lovely view over the gardens that are located at the northern end of the fort. 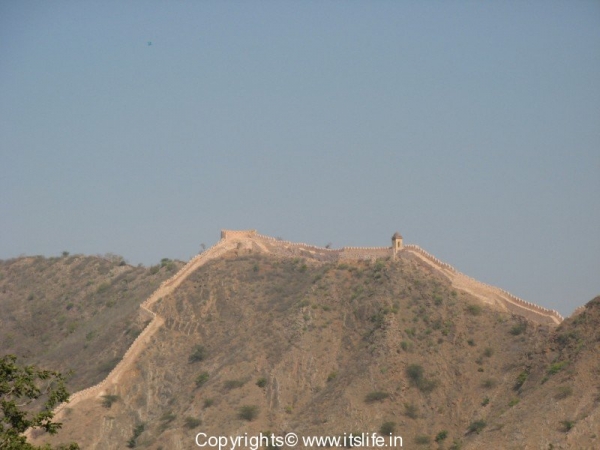 Temples
Ancient temples built in 1225 AD dedicated to Rama, Harihar and Kala Bhairava are within the fort. Marble is used extensively to build the temple. The doorways are made of brass. 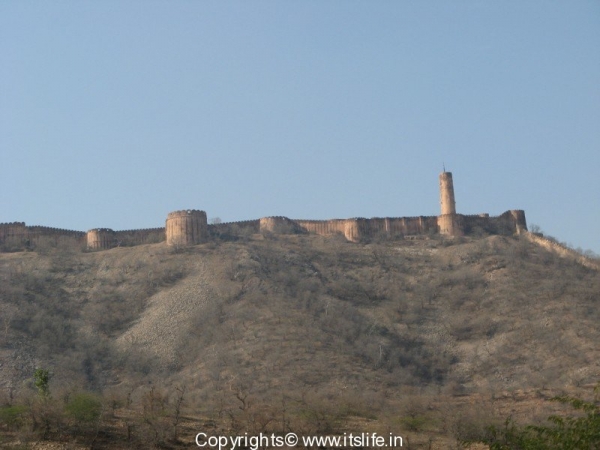 Museum
The fort museum consists of a collection of paintings, puppets, coins, photographs and other artifacts collected the royals. It also showcases weapons and cannons used during warfare. The display of gold, silver jewels are worth seeing.