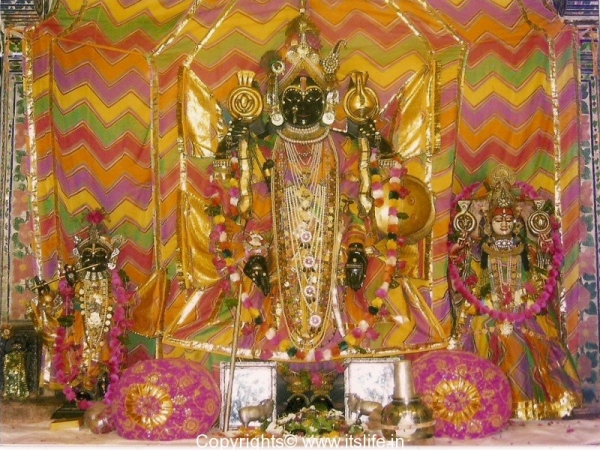 Meaning – Hail Lord Jagadish / Vishnu / king of the universe who will make the agonies of the lord’s devotees and servants go away in an instant.

The above bhajan is sung with great gusto by the devotees to the ringing bells while the main aarathi is being done to the lord at the Jagdish Temple in Udaipur, Rajasthan. 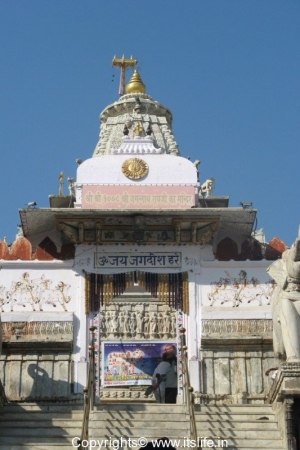 The beautiful Jagdish temple dedicated to Lord Vishnu is one of the largest and most adored temples by the people of Rajasthan and the whole of North India. We had a fantastic experience participating in the morning aarathi with devotees in a trance singing bhajans and some of them dancing according to the lyrics. 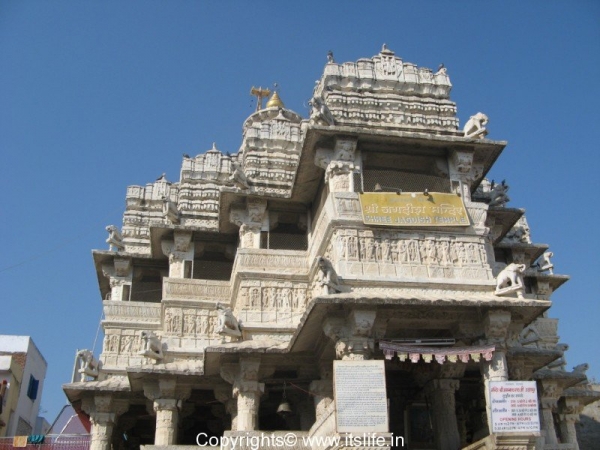 The temple was built by Maharana Jagat Singh (I) in 1662 AD in Nagara* style of architecture. It is layered into three parts the pith, mandover and shikar. It is one of the finest examples of Indo Aryan architecture. The outer walls of the temple are decorated with carvings. An inscription found here gives details about this temple and narrates about the Guhil rulers of Mewar. There are other shrines inside the temple dedicated to Surya, Durga, Devi, Shiva and Ganesh. 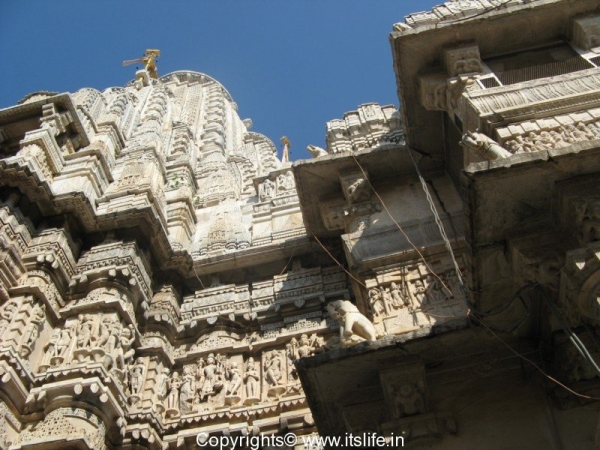 The annual car festival is held every July coinciding with the rath yatra / car festival of Puri Jaganath. The people in Udaipur look forward to this event and are mesmerized by it. An old man in whose shop I bought a photograph of Lord Jagdish had tears in his eyes while explaining the grandeur of the car festival and the glory of the lord. This man and everyone I talked to invited us to be part of the car festival in July. Sigh! I wish we could go….The people of Udaipur’s love; affection and adoration towards the lord are so pure and visible all around the old city of Udaipur. 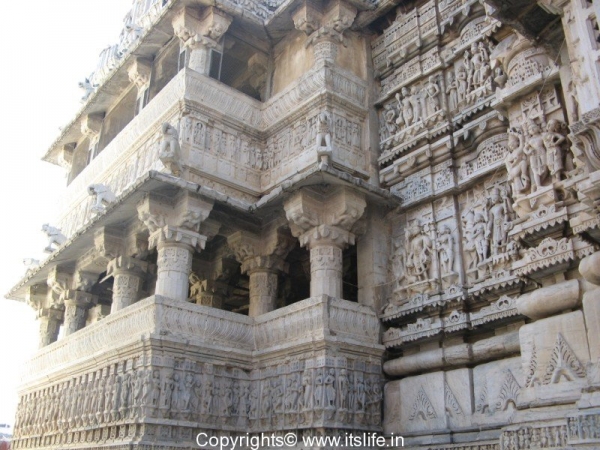 The utsav murthy / idol carried in the chariot is beautiful and identical to the main idol. 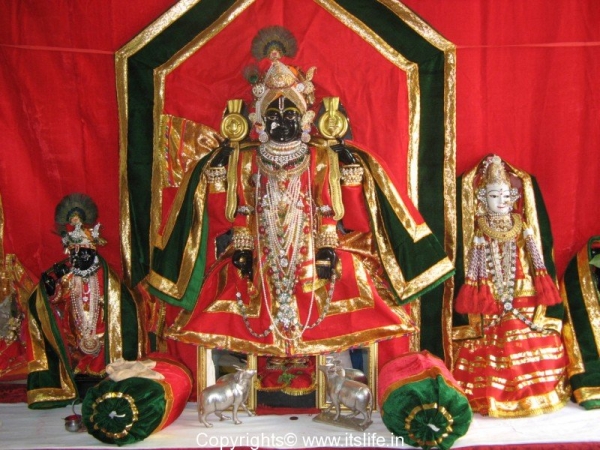 * Nagara style of architecture was developed during AD 5th century. The temples in North India are usually built in this style. This style is characterized by a beehive-shaped and multi-layered tower, called ‘Shikhara’. On the top of the shikhara is a large round cushion-like element called ‘amalaka’.

Wish I could tour with you in all those places, you are lucky.

That would be great fun!! 🙂

We all need to visit all famous temples in our life.. Who ever believe in God…

It’s definitely a temple where God resides himself