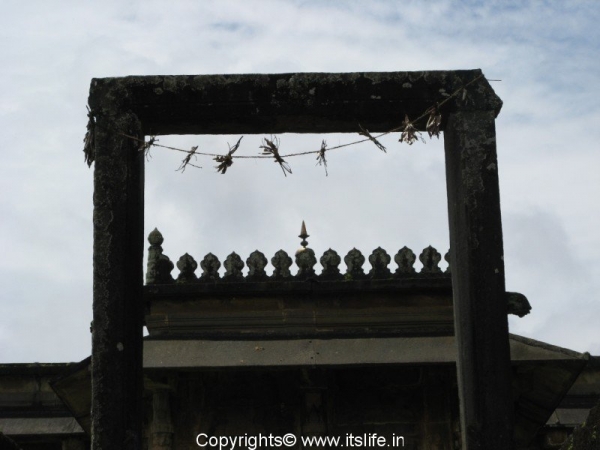 Ikkeri is the erstwhile capital of the Keladi Nayakas situated 3 Kms from Sagara, Shimoga district. Ikkeri in Kannada means two streets. The dynasty was founded in 1499 at Keladi very close to Ikkeri and hence the dynasty came to be known as Keladi Nayakas. Chavuda Gowda later moved the capital to Ikkeri (1560-1640). 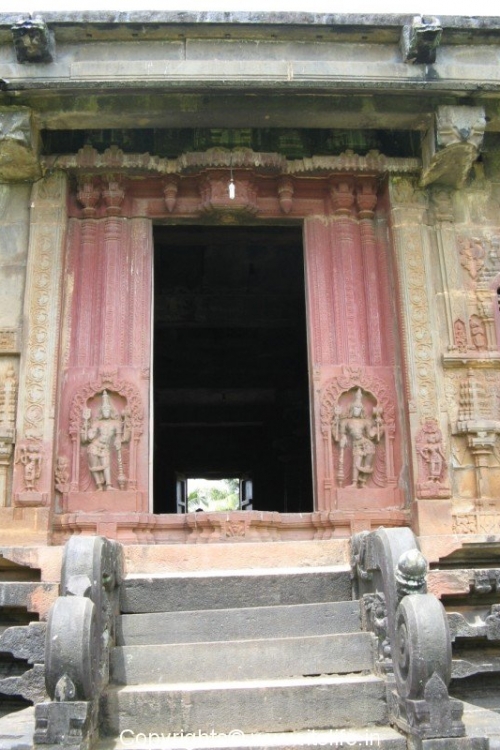 Originally the fortress consisted of 3 walls, 2 built with bamboo and the inner one built with mud and in the center was a palace built with mud and timber with intricate carvings. None of this exists now though excavations are still going on to unearth part of the ruins of the palace and the fort. 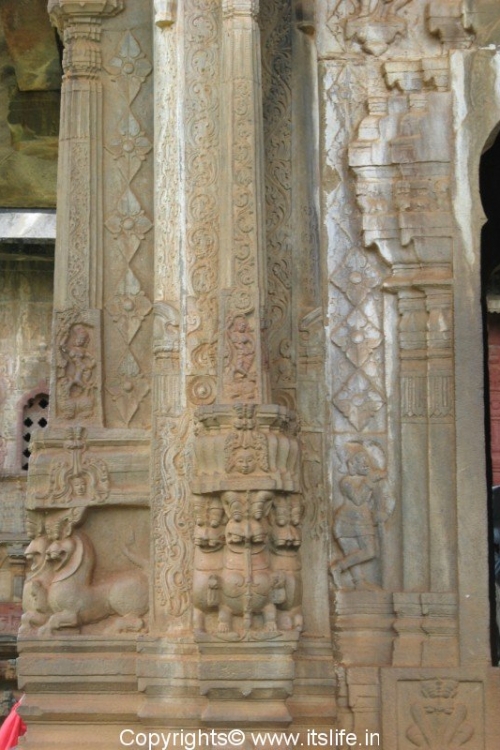 The only reminder of the bygone era is a temple dedicated to Aghoreshvara / Lord Shiva.  Aghoreswara  is one of the several names of Lord Shiva. It means  “the lord of 14th night of the darker half of Hindu month of  Bhadrapada” in honor of a good deed performed by Lord Shiva towards the protection of the universe.  The temple is built at a height and it is huge and beautiful. The sculptures on either side of the huge doorways and pink paint used all around the doorway of the temple is unique and striking.  The temple is built using laterite material, which is abundantly found in this part of the region. 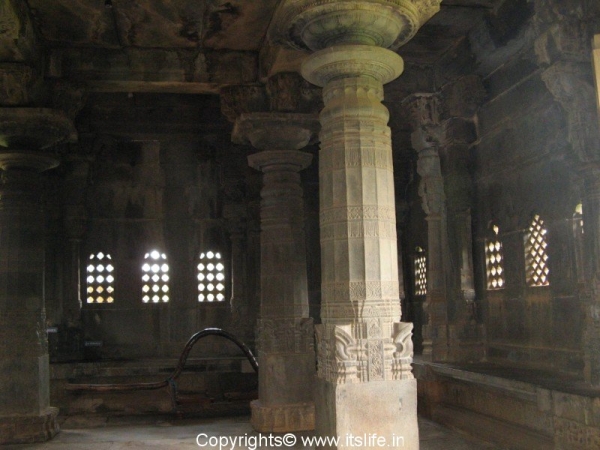 There are carvings on the temple and though the temple is grand it is simple and calm. The temple was built in the 15th century. There is a blend of the Hoysala, Chola and the Vijayanagar styles of architecture, and the resultant architecture is a masterpiece unique to Ikkeri. 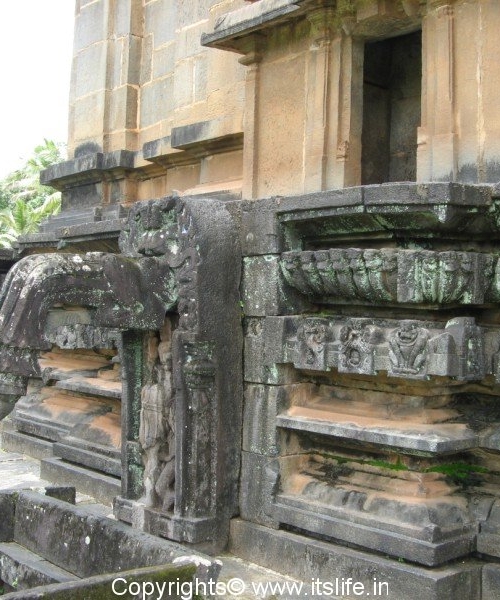 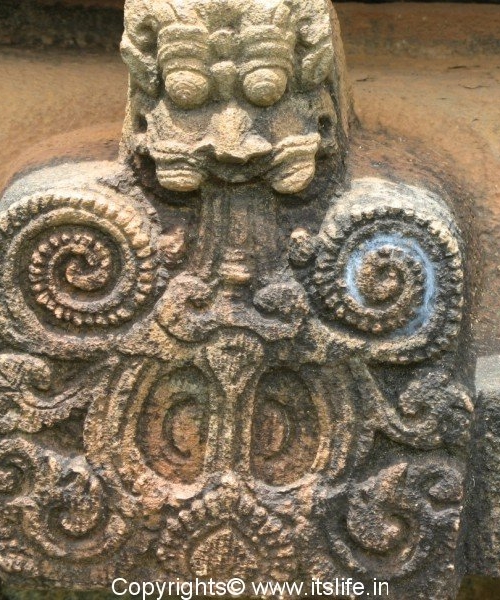 The temple inside with pillars supporting a huge hall and the main center shrine is dedicated to Aghoreshwara and the shrines next to this are dedicated to Ganapathi, Subramanya etc. 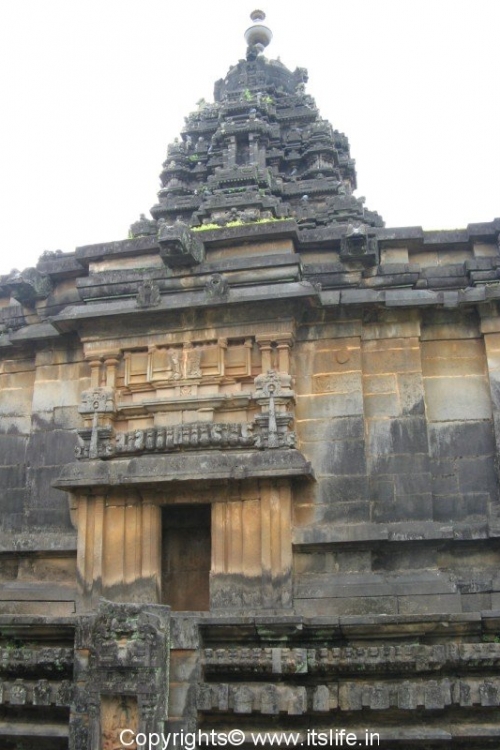 The stone ceiling has geometrical patterns sculpted on them 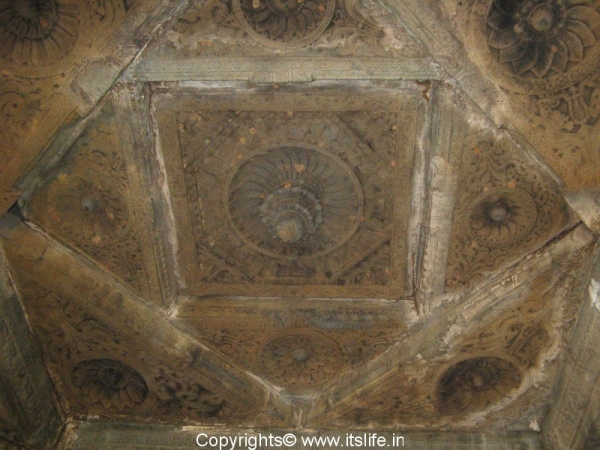 A separate shrine in the same compound is dedicated to  goddess Akhilandeswari / Parvathi consort of Lord Shiva. 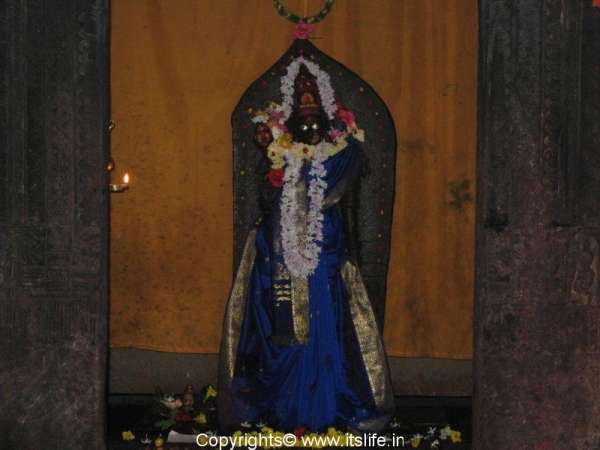 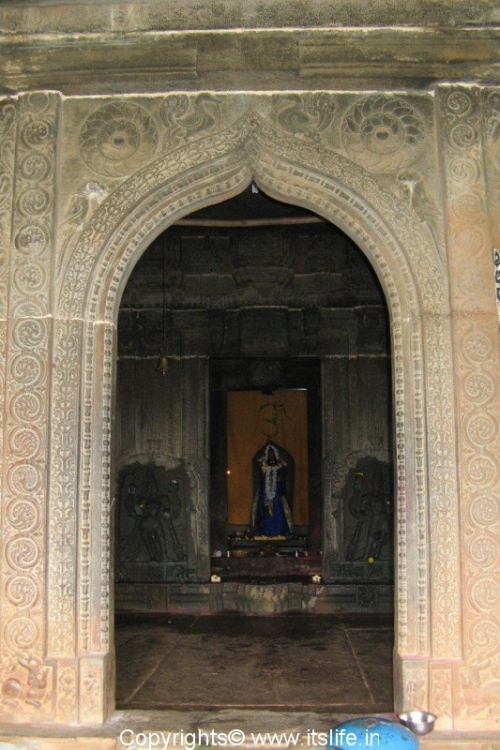 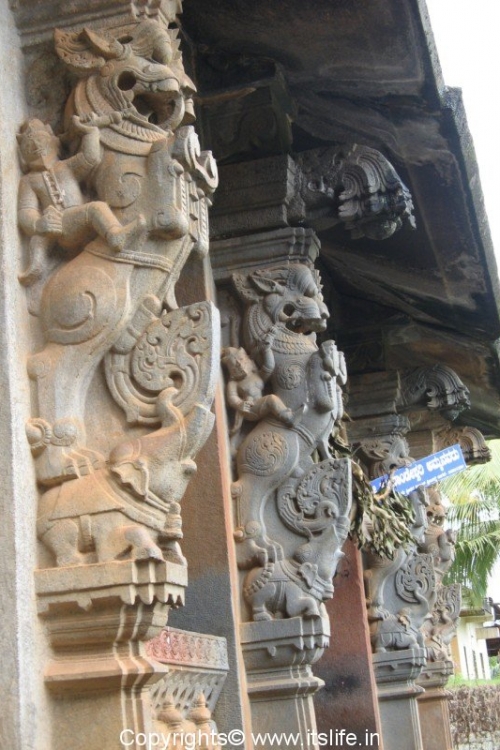 The stone doorway is carved and shaped beautifully to complement the idol.  There are some sculpted stone pillars of that of a mythological animal being ridden by a human.

The huge stone Nandi / vehicle of  Lord Shiva is housed opposite to the temple  in open stone mantapa / porch is huge and polished like glass. 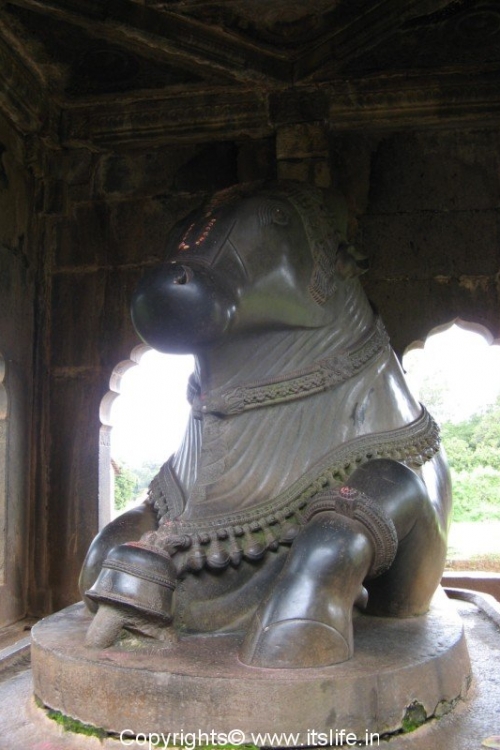 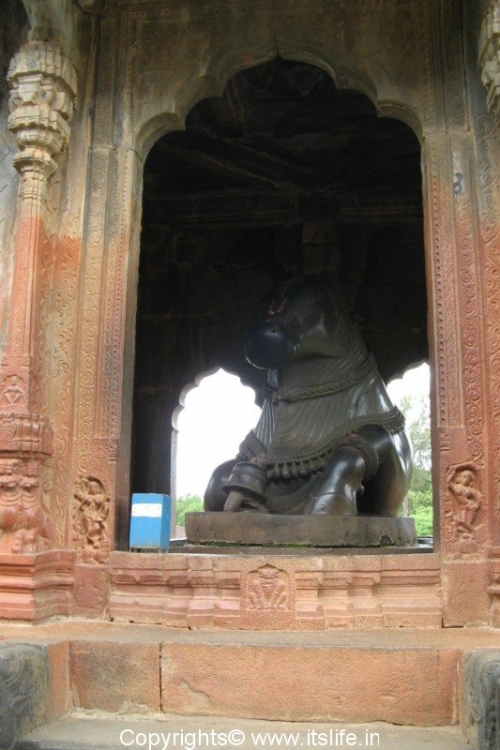 The period of the Keladi Nayakas comes alive in the jottings of the Italian travleler Pietro della Valle who visited Ikkeri in 1623 and participated in a festival at the temple with women dancing to the beats of the Kolu / dandiya / sticks. He was all praise for the town surrounded by nature’s best. 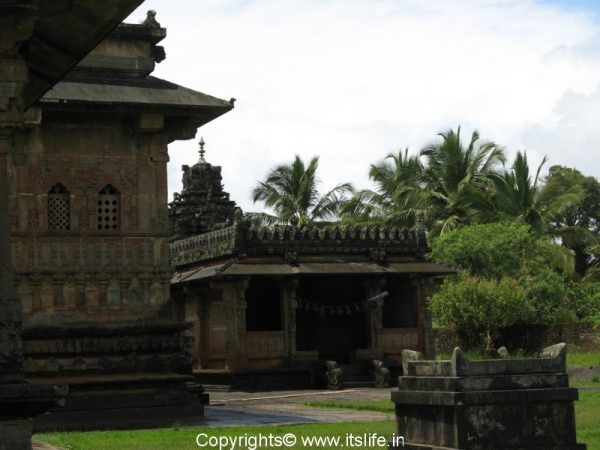 Even now it remains as beautiful as he explained with rain forests covered hills, lakes with lilies and water snow flakes and in the courtyard exotic trees like Naga Sampige / Naa tree blooming to be plucked by devotees and offered to the god.

I am very thrilled to note about SRI AGHORESWARA-AKHILANDESWARI temple in Ikkeri in shimoga.Are there any other temple in karnataka where the consort of Lord Shiva is named SRI AKHILANDESWARI.
This temple is very ancient as i could see.Thanks for the details