The Harihareshwara temple built in 1223–1224 by Polalva, a commander and minister of the Hoysala Empire King Vira Narasimha II is situated in Harihar / Harihara, Karnataka dedicated to Hari-hara / Lord Vishnu-Shiva. The beautiful 4 feet height idol is a powerful combination of the protector (Hara / Lord Vishnu) and the destroyer (Lord Shiva). The deity is also known as Shankarnarayana and Sambhu-Vishnu.This place is also known as Dakshina Kashi / Southern Kashi. On the right side of Harihara idol is carved Shiva’s trishul and the hair styled as an ascetic and on the left side Vishnu is carved with the discus and head is covered with a crown. This marvelous stone carved temple is visited by both Vaishnavaites and Shaivites. 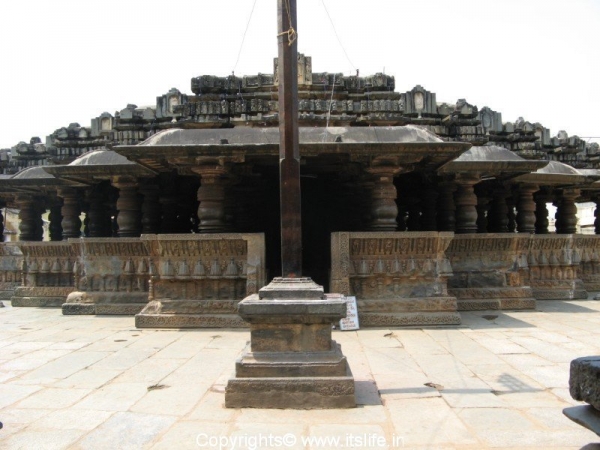 God had to take this avatara / form because the places from Uchchangi Durga in the east, Govinahalu in the south, Mudanur in the west and Airani in the north were under the control of the demon Guhasura and the place was known as Guharanya. The demon had a boon from Brahma that no human or Shiva or Vishnu could kill him. This gave him the power and evil mind to harass people living around the place. When the people complained to the devas / gods about Guhasura, the gods in turn approached Vishnu and Shiva for a solution. Vishnu and Shiva came together in a new avatara called Hari – Hara (Harihara) and killed demon Guhasura. From then onwards, this place came to be known as Harihar. The place on earth where God took this avatar is near Kudalur, at the confluence of the rivers Haridra and Tungabhadra. 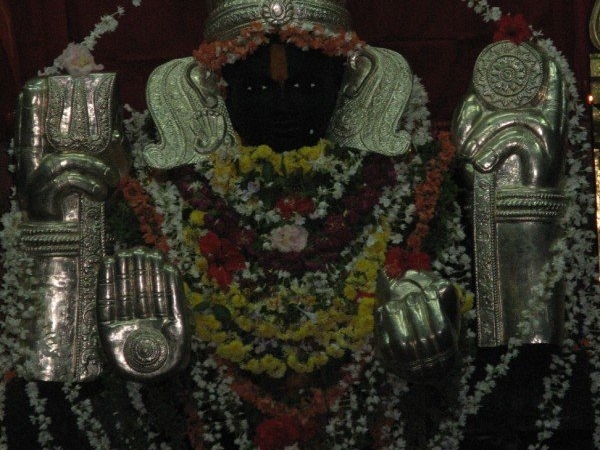 The striking feature of the temple is the symmetrical big hall with beautiful Lathe turned shining stone pillars supporting the roof. The roof has projections and recesses adding charm to the temple. The ceiling is also carved with different flowers like lotuses and lilies. Soap stone is used to build this temple. 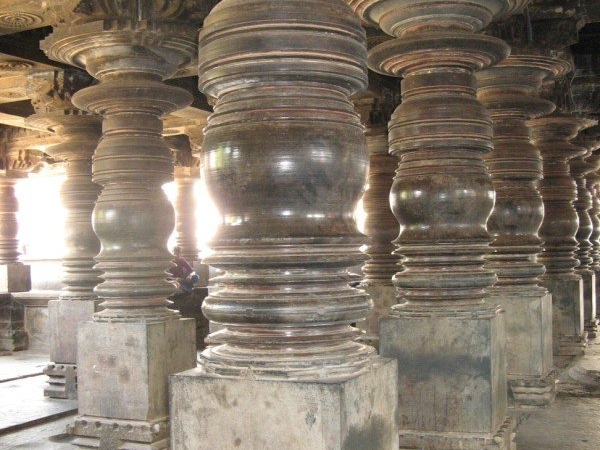 A microscopic image of Goddess Lakshmi represented on the lintel of the doorway testifies the architectural proficiency and inimitable craftsmanship of the Hoysala artists. South side of the temple is Vamana avatar with his foot raised high to measure the world. Shiva and Ganesha idols are carved on the south wall. Many inscriptions written in Kannada are on display in the temple premises. 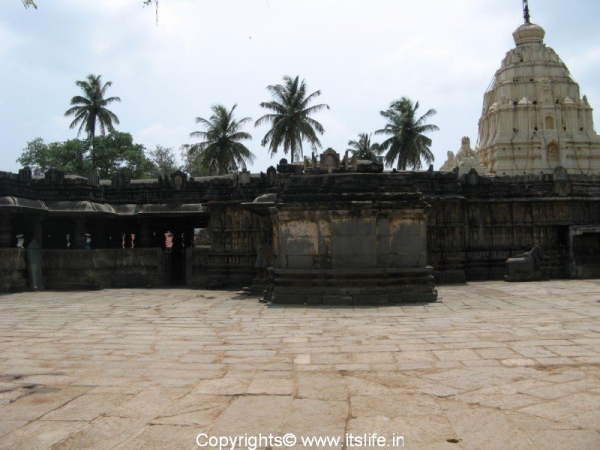 During Nagapanchami festival, the “Karnika” (words of God) is chanted by the priest of Yelavatti Hanumappa Temple on the banks of the Tungabhadra. The priest of this temple visits Harihareshwara temple on this day and gets the impressions of the lord. This ritual of getting the impression and chanting the “Karnika” has been going on for the last 200 years, for prosperity of our country. 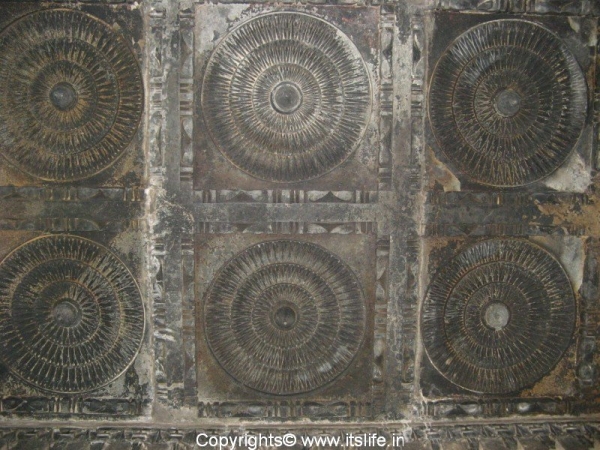 Every year the Car festival is celebrated with great enthusiasm with many people thronging the place.

you took us actually to the temple. the deity’s picture is wonderful. thanks for the write up.

You are welcome Sona and good to hear that you liked the place.

I was in Harihar in my childhood, for 6 yrs. I still remember the temple and I have emotional attachment to it. Thanks for posting, gave an opportunity for me to see it again after 27 long years!. Thanks a lot.

You are welcome Geetha. I am so happy that your memories were kindled by this post. It is a very beautiful temple indeed.

nice write up , eventhough i was born and broughtup in harihar for 24 years i was not aware the story, thanks a lot

I have been to harihar to attend the marriage of Venkatesh. but failed to visit the temple. i have one more marriage to attend in this place agin in the next month. i will surely visit this temple

Hello Radhakrishnan,
Do visit the temple. The idol and temple architecture is very beautiful and worth a visit.
Regards,
Shantha

Would like to know if the diety of Harihar is being worshipped ie any spiritual values or it has only archialogical value like Belur / Halebeedu?

Hi Manohar,
The deity is worshiped in Harihar and also in Belur since a long time. Now, in Halebeedu also, the Shiva linga is being worshiped.
Regards,
Shantha

Since 10 years I am in Belgaum, but still I never forget
my childhood days spent in Harihar and all my school
and College friends too.

Thanks for your collection that too a very ancient
Harihareshwar Temple.

Hi Sreenivasa,
I am very happy that this post bought back your childhood memories.
Keep visiting,
Shantha

there is a another temple of LORD SHRI HARIHARLAL at VISNAGAR, DISTRICT: MEHSANA, GUJARAT. The said temple is about 567 year old. This is for your information.

Thank you for the information Keyur Mehta.
Regards,
Shantha

I am very thankful to the people of Harihara for giving an information regarding the Harihareshwara temple, which is one of the oldest temple & a famous historical place in Davangere as well as in Karnataka.

Hi Harsha,
Glad to know you had a divine experience at this ancient and beautiful temple.

Visit http://www.omkarmath.org for more information and pics on Harihar.

thanks a lot…………. who will attach the temple photo in net because i was in harihar in my childhoood…after 12 years …..after 12 years long time i will seen this pic……..

I am very happy that you liked the pictures in this blog post.

Nice blog on Harihara. Thanks Shantha

You are welcome Niranjan.

All the best for your blog, Shashi. Ensure that your writing are original.