The city Dwarasamudra meaning “the door to the sea” was the capital city of the Hoysala Empire in the 12th century. In the 14th century the city was vandalized by Malik Kafur and since then has been renamed as Halebidu. 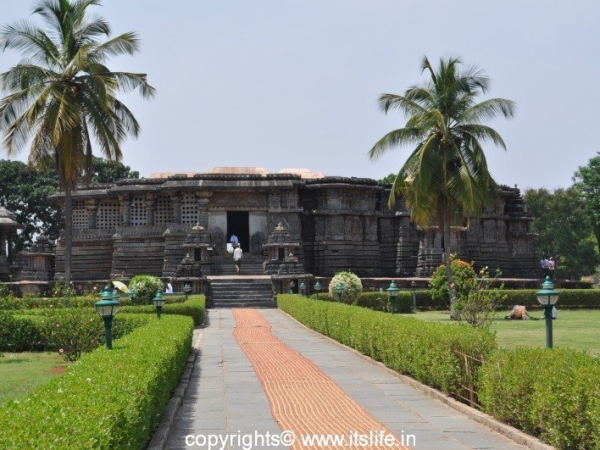 The city is visited by thousands of visitors every year to explore the temple complex consisting of two baroque Hindu temples, a museum, and two Jain Basadis. 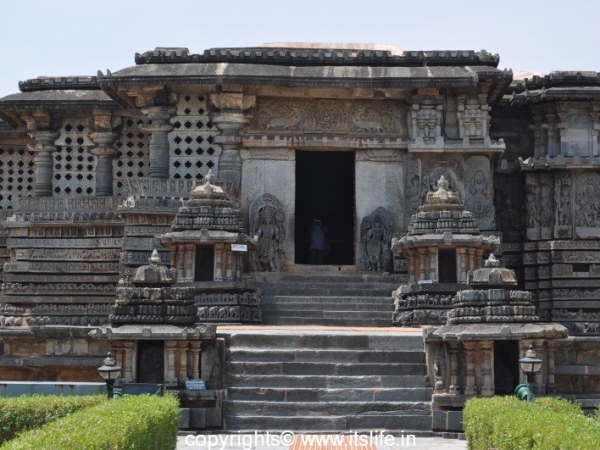 Hoysaleswara temple:
This temple was started during King Vishnuvardhana’s reign in 1121 AD by Ketamala and was completed in 1160 by Kedaroja the chief builder of Narasimha the son of Vishnuvardhana. 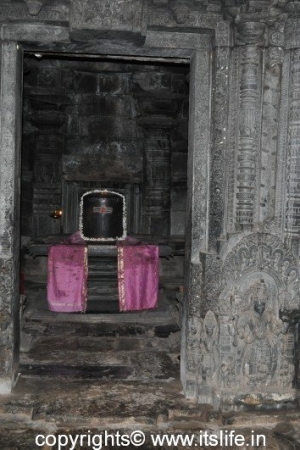 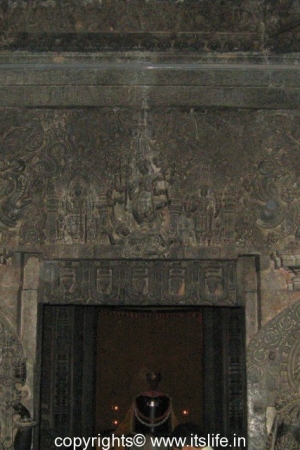 The temple has shrines dedicated to Hoysaleswara (Lord Shiva) and Shantaleswara (Goddess Parvathi in the form of Linga) named after King Vishnuvardhana and Queen Shanthala and has four entrances. 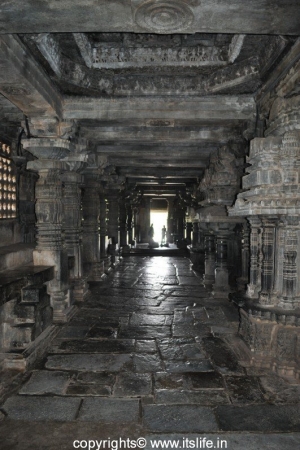 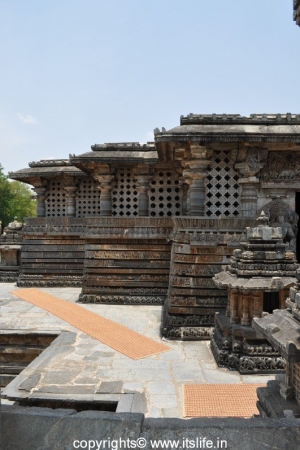 Two gopurams (towers) are built over each of the shrine. Dwarapalakas (doormen) guard the entrance. The ceilings are adorned with Ashtadik Palakas, Mandakinis. 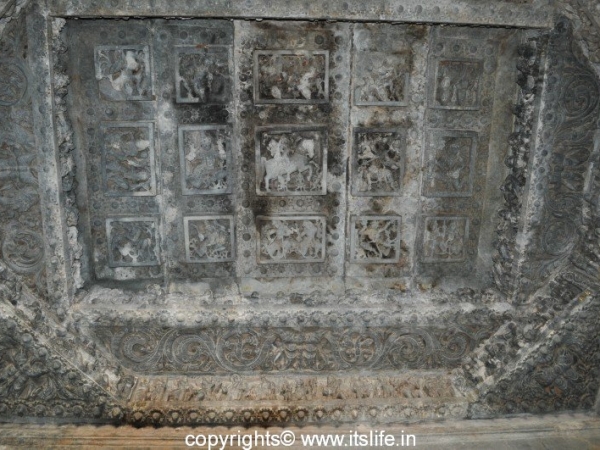 So it is carvings everywhere and you are surrounded by astounding stone art. 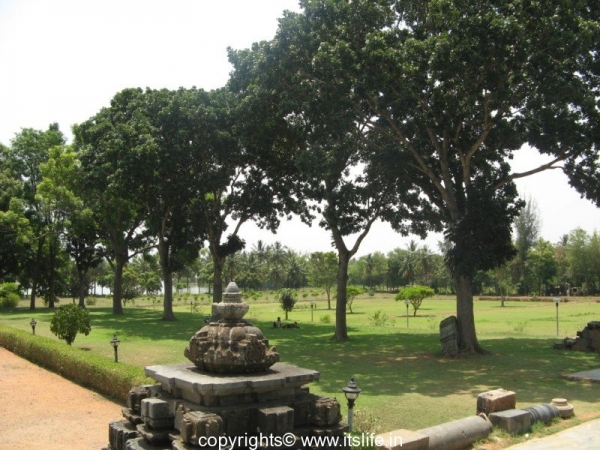 Pillars and intricately carved window panes are a treat to the eyes. 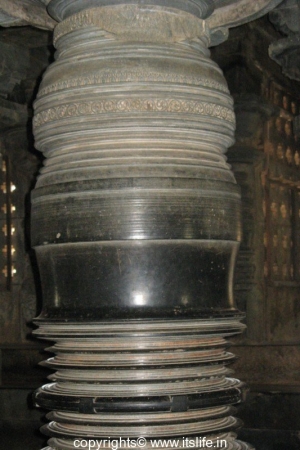 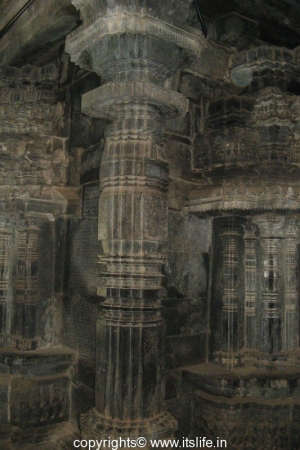 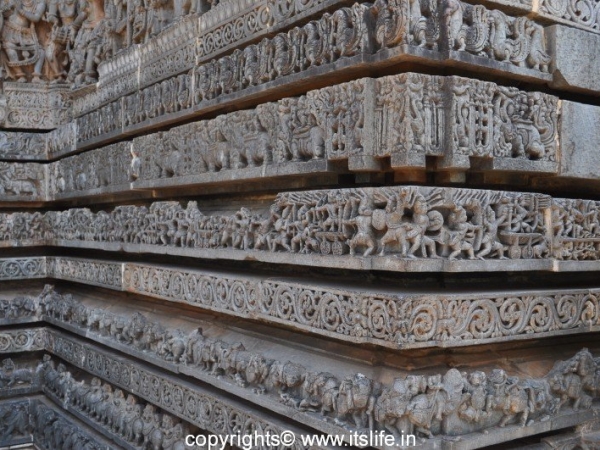 Intricate work on them is beyond comparison. 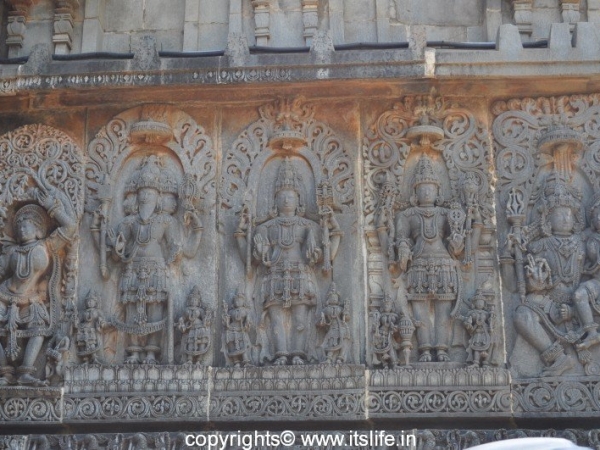 As is the norm there are two Nandi (bulls) carved out of soap stone in front of the two Hindu temples. 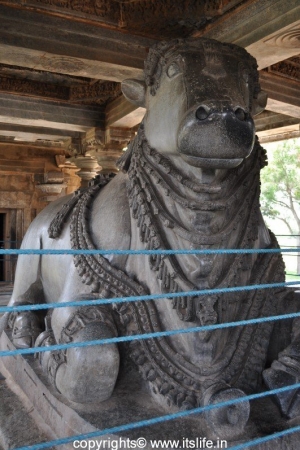 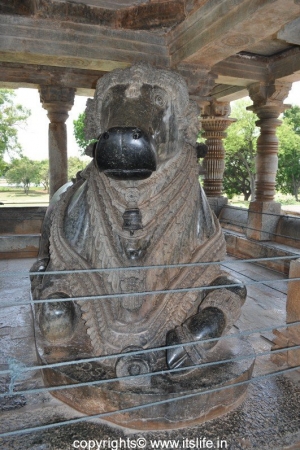 The difference of the Nandi here is that it is striking with beautiful carved adornments. 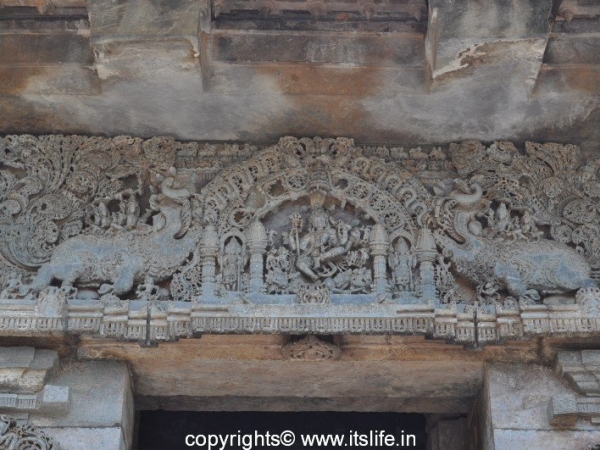 A huge lake is situated across the temples. 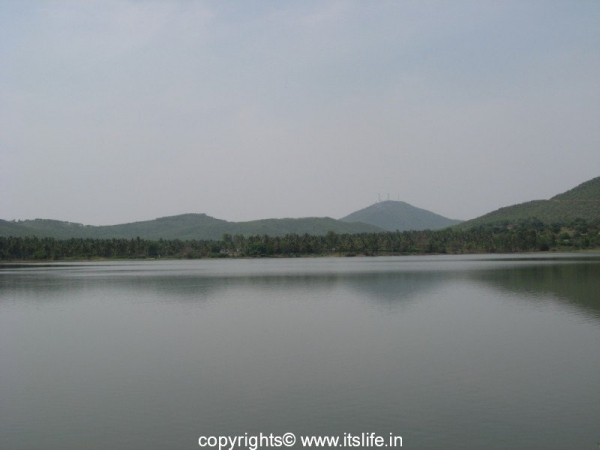 The moguls have vandalized the temple and the memory lingers. 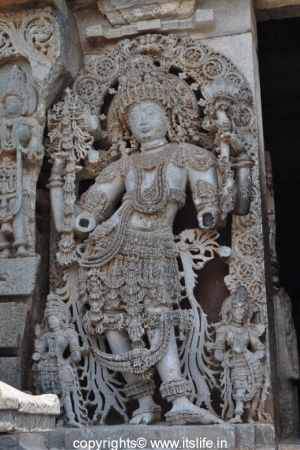 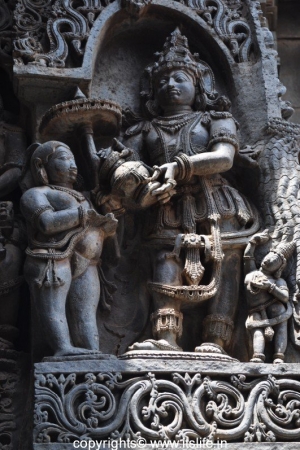 No words or photographs can do justice to explain the beauty of this temple. 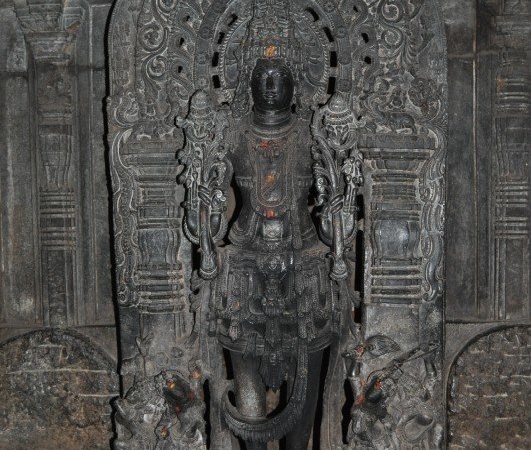 Come here and treat your eyes to a splendid show of patience and talent. 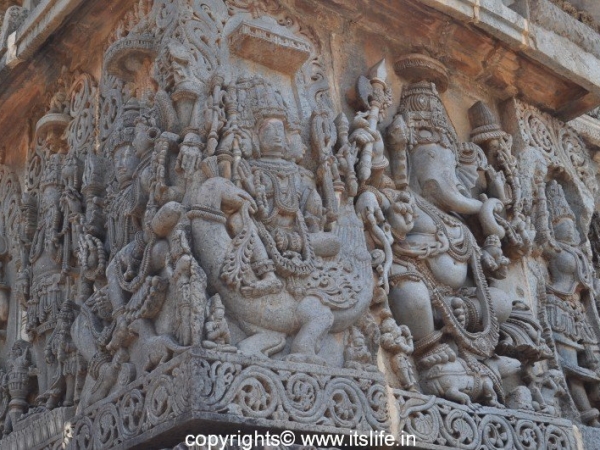 To learn the puranas (stories) and epics from the expressive carvings so painstakingly sculpted for us. 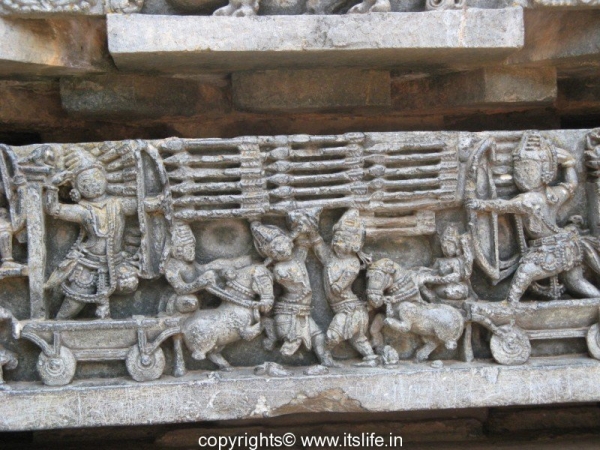 We are lucky to have saved these monuments and it is our duty to protect, save, and enjoy them.