Thousands visit Tirumakudalu Narasipura (T.Narasipura) to visit the ancient temple dedicated to Lord Narsimha Swamy. The temple is popularly known as Gunja Narasimha Swamy temple. On the right bank of the Kaveri River is built the massive temple complex belonging to the Vijayanagara period. 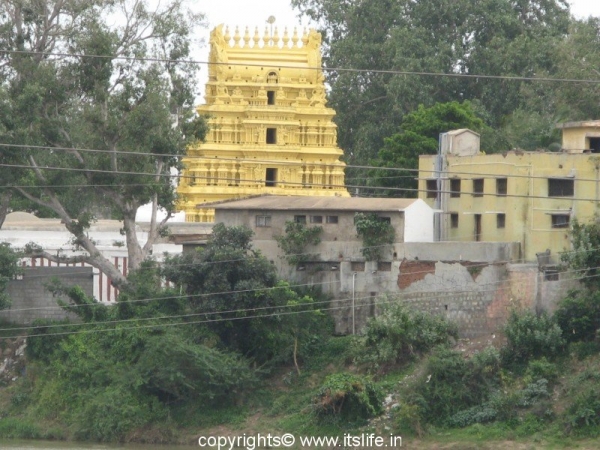 Lord Narasimha idol is depicted holding a weighing balance with a twig of Gunja plant and hence the name Gunja Narasimha Swamy. This signifies the importance of T.Narasipura vs. the Kashi (Benares) by a Gunja seed. Gunja is known as Gulaganji in Kannada. 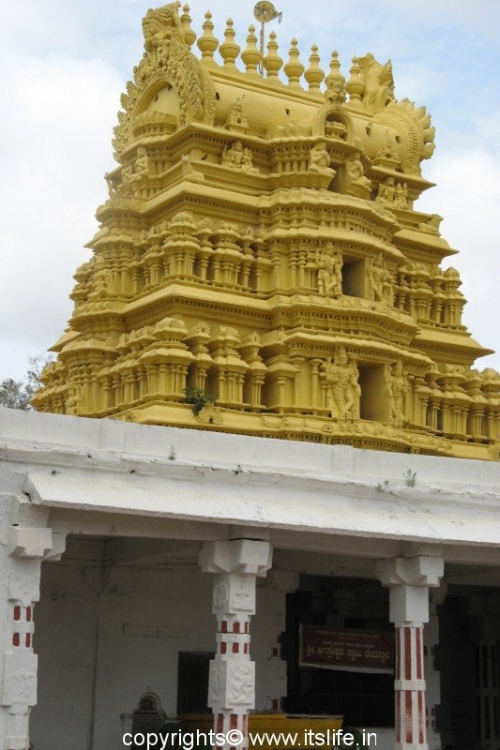 The temple is built in Dravidian and Hoysala architecture and has inscriptions dating from the Krishnadevaraya period in Nagari script. 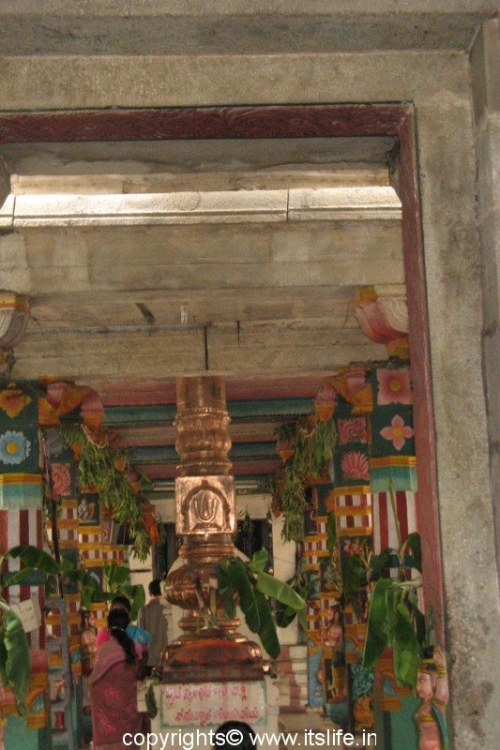 The legend of the idol is that a washer had a dream in which Lord Narasimha asked him to remove his idol below an ant hill and construct a temple for him. The washer man then asked the Lord where he will get the money to build a temple. The Lord tells him to look under the washing stone for money. Lo and behold! The washer man finds the money and constructs the sanctum sanctorum for the Lord. Lord asks the washer man a boon for having built the temple and he asks to visit the pilgrimage center Kashi (Benaras). To this the Lord tells him that from now on the Punya received to devotees who visit Gunja Narasimha Swamy temple will be a Gunja more than Kashi. The Lord also declared T.Narasipura as Dakshina Kashi. As Narasimha Swamy proposed this, he is known as Gunja Narasimha Swamy. 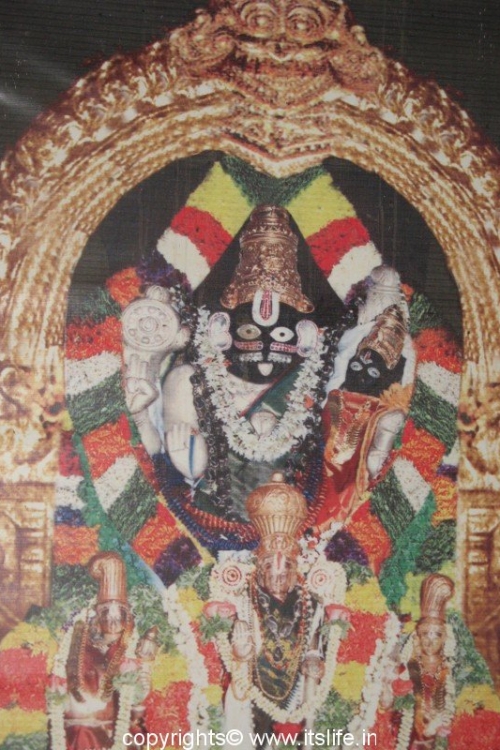 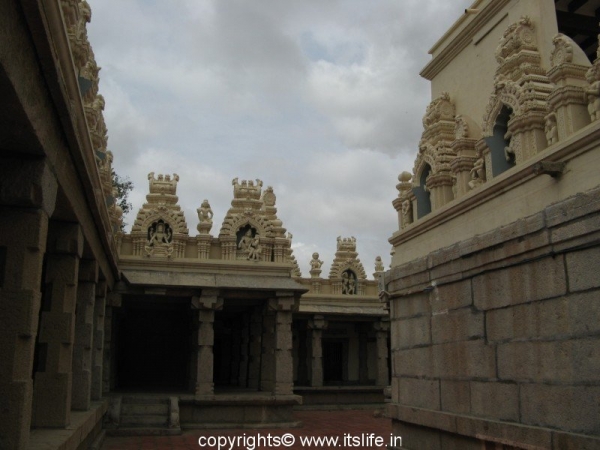 The hochalu (threshold of the door) is carved with images of the washer man and his wife as it was their wish to be touched by the devotees’ feet. 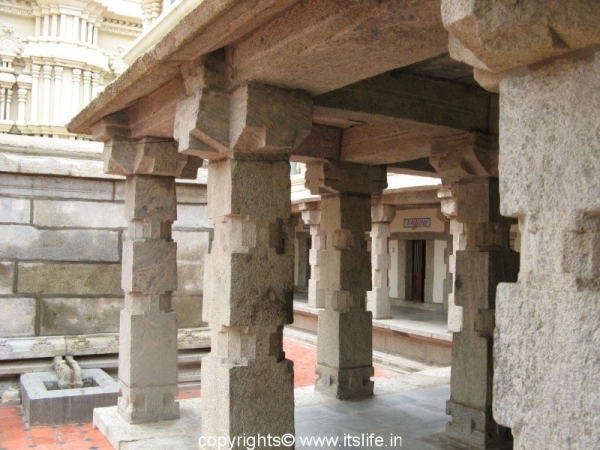 Later the Vijaynagar kings and Nalwadi Krishnaraja Wodeyar expanded the temple. Another shrine has the idol of the presiding goddess Andal. 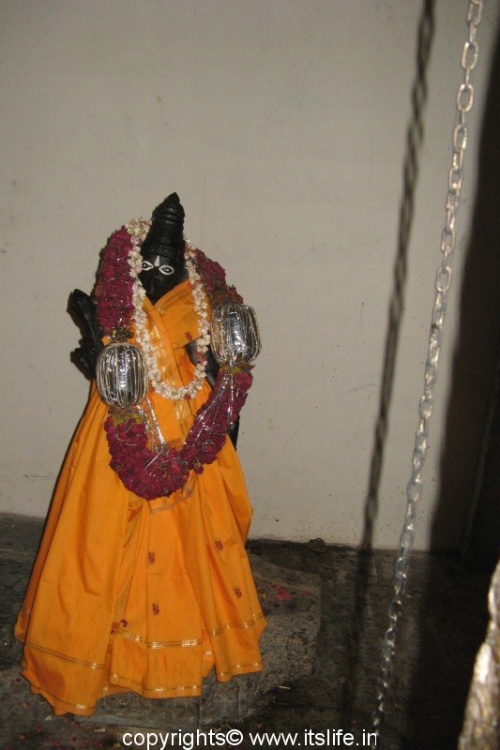