Most of the forts built in Goa are high up on the hills and offer a grand view of the Arabian Sea.  The forts of Goa are dotted from Tiracol Fort, which is at the northernmost tip of Goa to Cabo da Rama in the south.  These forts are built using laterite stone.  Most of these forts of Goa are in ruins but they form the nostalgic and historical part of Goa’s heritage. 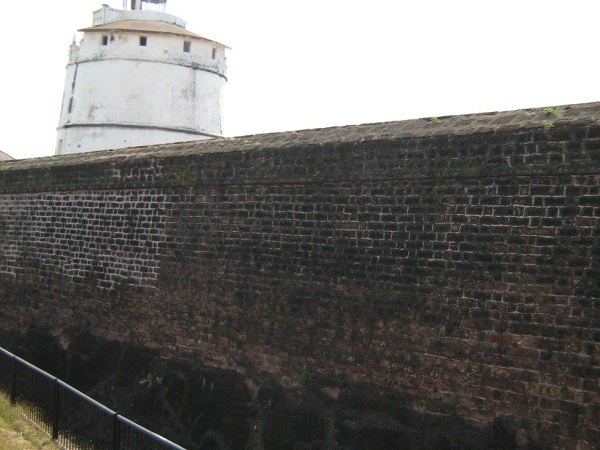 Fort Aguada
Fort Aguada was built when Portuguese ruled the region in 1612.  It is one of the strongest and most striking forts of Goa.  It is situated in Bardex Taluk, 8 Kms from Panaji and 4 kms east of Sinquerim beach. It is 8 to 10 minutes drive from Candolim Beach. “Agua” in Portuguese means water and as the fort has three fresh water springs the fort was named as Aguada / watering place.  The fort was built to protect the shores of Mandovi estuary.  The storage capacity of water tank is 23,76,000 gallons. 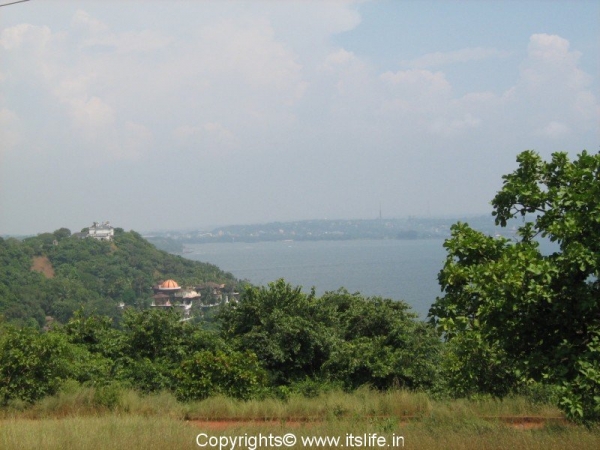 The fort comprises of a lower fort with bastions all around and an upper fort.  It skirts the seashore and ascends the summit of the bare rocky, uplands called “Aguada Point”.  The upper fort was built as a vantage point to serve as a fort and a watering station to the ships.   While the lower fort offered a safe berth to Portuguese ships the upper fort comprised of moat, an underground water storage chamber, light house, gun powder room and bastions.  It also has a secret escape passage to use during the time of emergency. 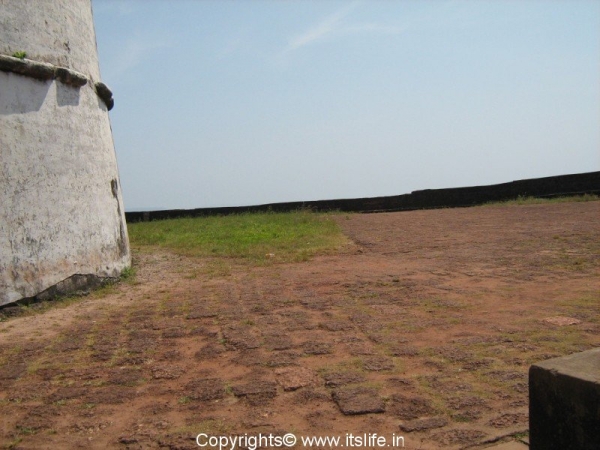 The fort has five divisions with a support of 16 huge columns and a staircase to descend.  A light house at initial stage used to emit light once in 7 mts.  In 1834 updated to emit light creating eclipse every 30 seconds.  The light house was abandoned in 1976.

The other forts in Goa are:
Tiracol Fort built by Raja of Sawantwadi.  This fort is located in Pernem, 42 Kms from Panaji and is converted into a hotel.

Chapora Fort was built by Adil Shah of Bijapur and rebuilt by Portuguese in 1717.  The fort is situated next to Vagator beach on the southern headland of the Chapora River.  Chapel dedicated to St. Anthorny is built on the fort.

Reis Magos Fort was built in 1290 by Adil Shah and rebuilt by Portuguese in 1760.  It is situated west of Betim in the Bardex Taluka, 8kms from Panjim.

Cabo Fort was built in 1540 and only the ruins remain.  It is situated in Tiswadi Taluka to the south of Panaji.  It overlooks the entrance of Mandovi and Zuari rivers.  A chapel of Blessed Virgin Mary and a convent was existing even before the fort was built.  The convent has now been converted to Raj Bhavan which is the residence of the Governor of Goa. 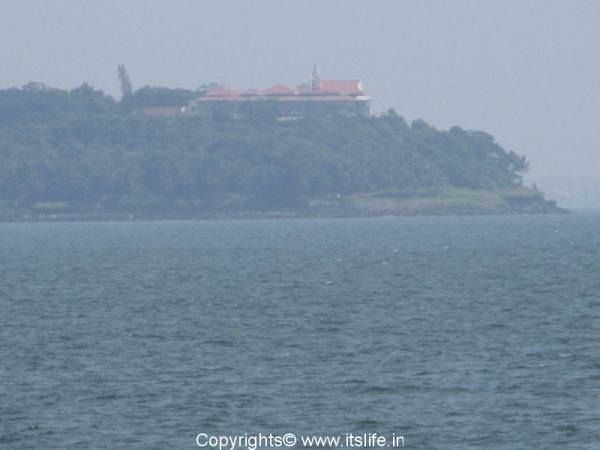 Mormugao Fort is situated to the south of the Mormugao port to the north of Vasco d agama city.  Not much remains of the fort.

Cabo Da Rama Fort is situated to the south of Canacona and the fort was named after Lord Rama.  It is believed that Lord Rama and Sita lived here during their exile.  The fort was built much before the Portuguese set foot on Goa.  Only ruins of the fort remains.

Goa is heaven on earth. I have been there 5 times and always ready to go 🙂
I have seen Aguda and chapora. Where are these other forts. I really have to see next time.

My friend have been at Goa and I’ve been willing to go for a number of years. Excellent article