Daria Daulat is the summer palace of Tipu Sultan, situated in Srirangapattana, 15 Kms from Mysore. The Indo-Sarcenic style palace was built by Tipu Sultan in 1784. 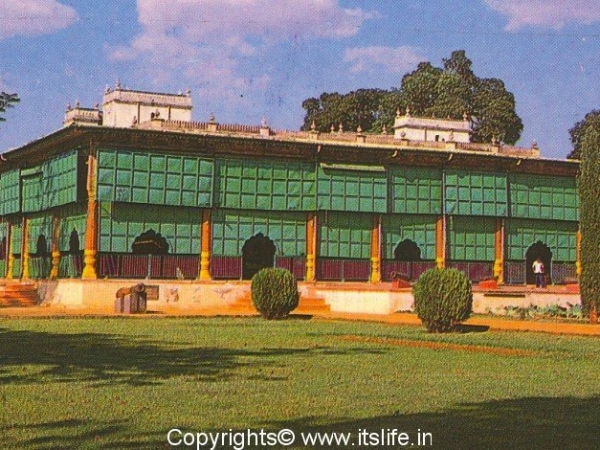 The two storeyed palace is built using teak wood. Daria Daulat is rectangular and built on a raised platform. Wooden pillars support the open corridors. The walls, pillars, canopies and arches are beautifully decorated with fresco’s. The staircases are intricately carved. 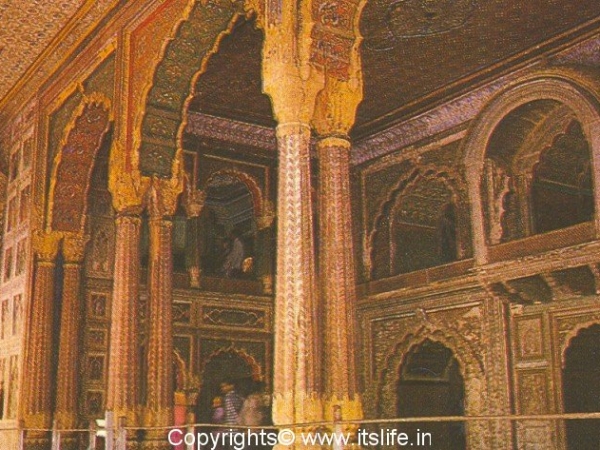 Around the palace is a sprawling well manicured garden. 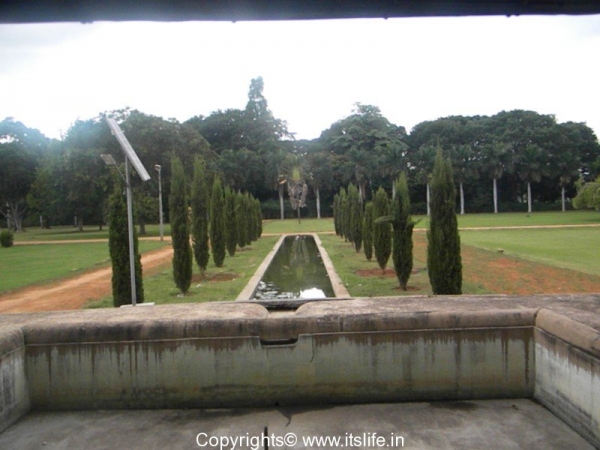 Now, the palace is converted into a museum for the benefit of visitors. The museum consists of Tipu’s memorabilia like coins, clothes, furniture, arms and ammunition’s, paintings, sketches of Tipu Sultan and his family, etc. 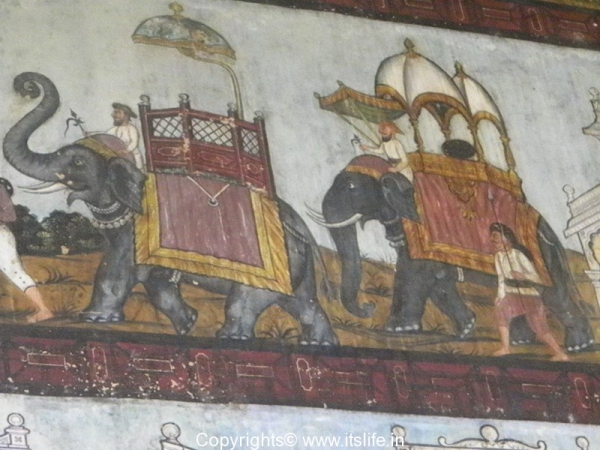 Two silver bowls that Tipu gifted to the Ranganathaswami temple is also on display. Many paintings by Sir Robert Ker Porter in 1800 depicting scenes of war are displayed in the museum along with portraits painted by Thomas Hickey. 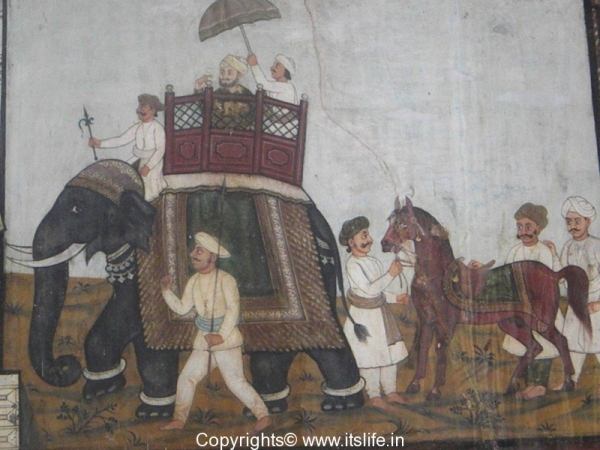 Many more battle scenes are painted on the panels of the left wing wall. 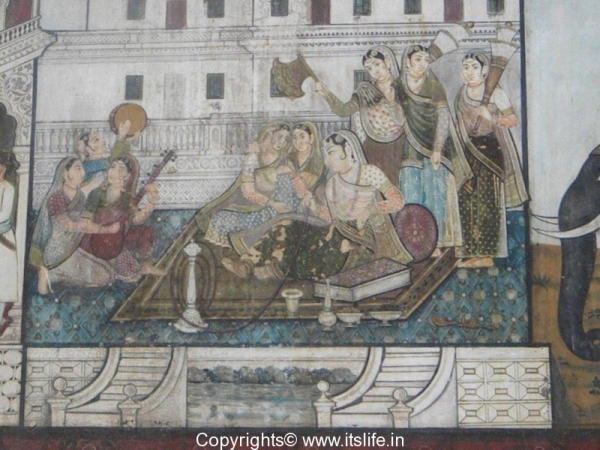 After the defeat of Tipu Sultan in the war of Srirangapattana, Colonel Arthur Wellesley occupied the palace. He restored the palace to its lost glory. 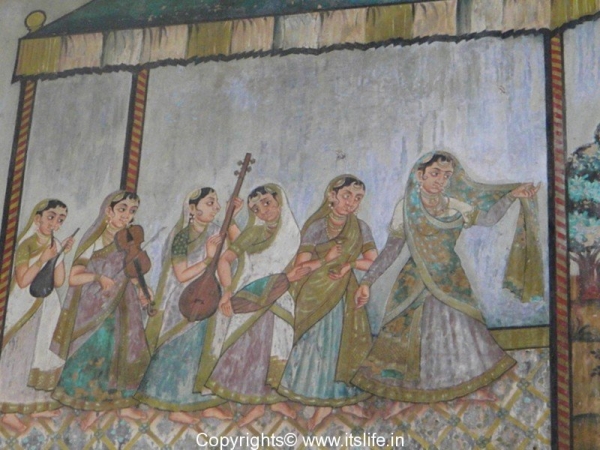 A visit to Daria Daulat Bagh provides a perception into the stately artifacts of the tiger of Mysore and is an educative dive into the history of this region. 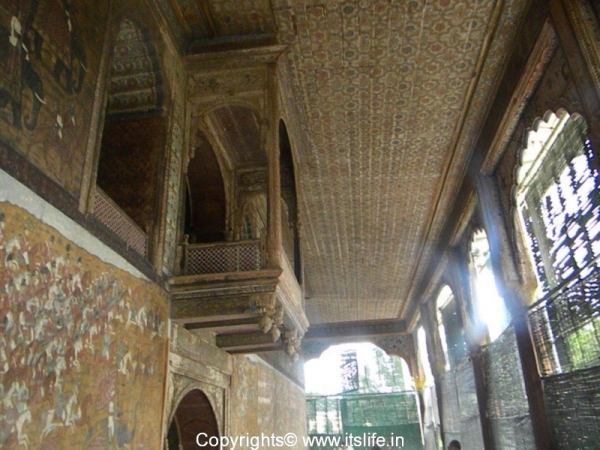 Hi,
I was there recently. They dont permit pictures inside the palace but only in the garden. The garden looks beautiful though

Pics I took in my trip

Yes Karthik, they do not permit pictures to be taken inside the palace.