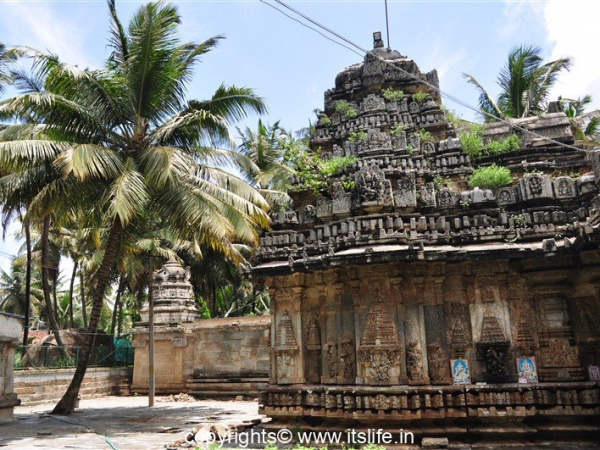 The presiding deity of this Hoysala-style temple is Lord Shiva. 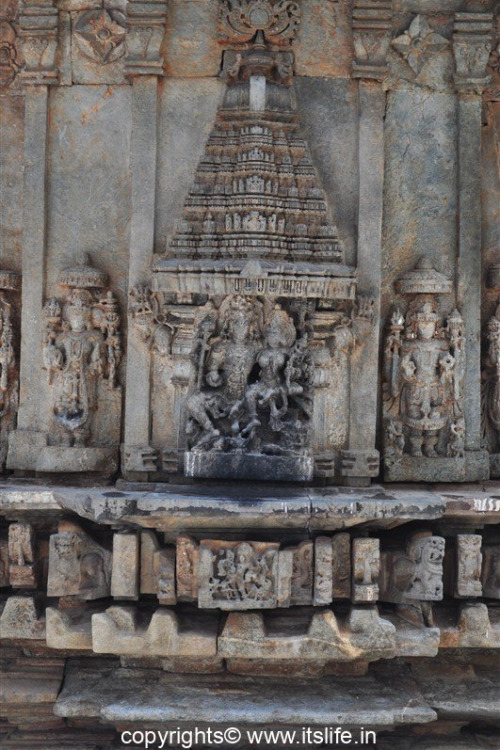 Though the main deity of this temple is Lord Brahmeshvara (Shiva) most of the traditions of Hinduism is depicted around the temple. For example, sculpted idols of Rama, Varaha, Krishna of Vaishnavism, intricate forms of Nataraja, Dakshinamurti and Ardhanarishvara (half Shiva, half Parvati) of Shaivism, Durga, Lakshmi, Saraswati and Chandi of Shaktism, Brahma, Surya, Chandra of Vedic pantheon and fusions like Harihara (half Shiva, half Vishnu). 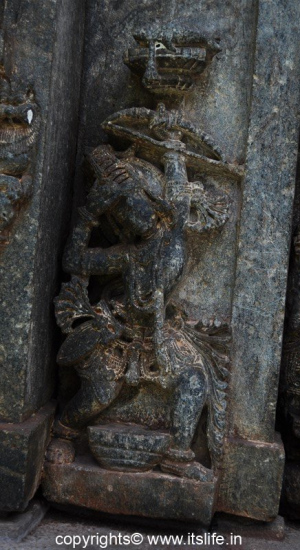 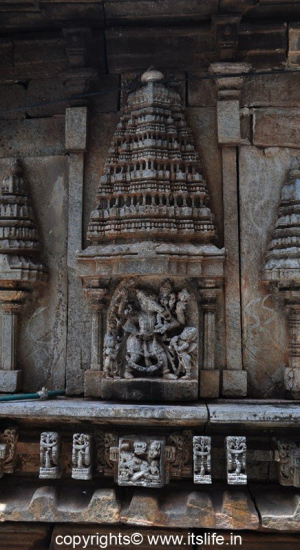 There is a separate shrine dedicated to the presiding goddess. 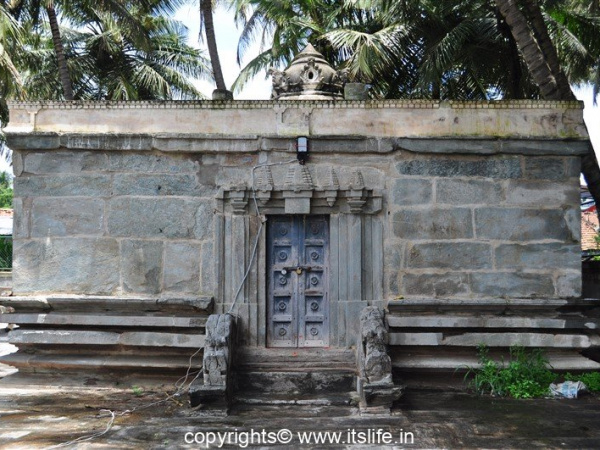 The temple is a ruin due to purposeful vandalizing. 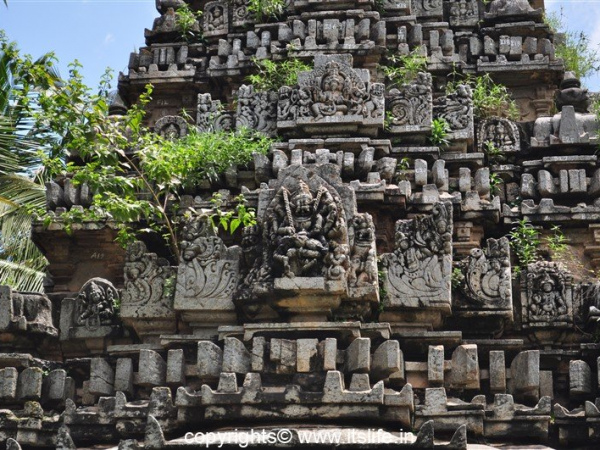 Many statues are broken, a reminder of the forceful occupation of our country. 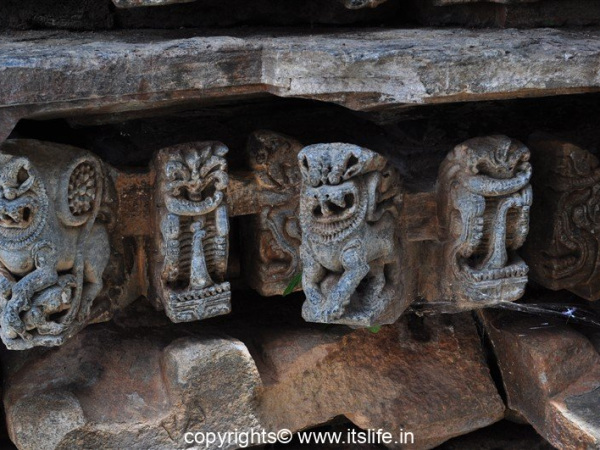 The sanctum sanctorum (garbhagriha) is facing the east.  The door to this is guarded by two dwarapalakas (door men). 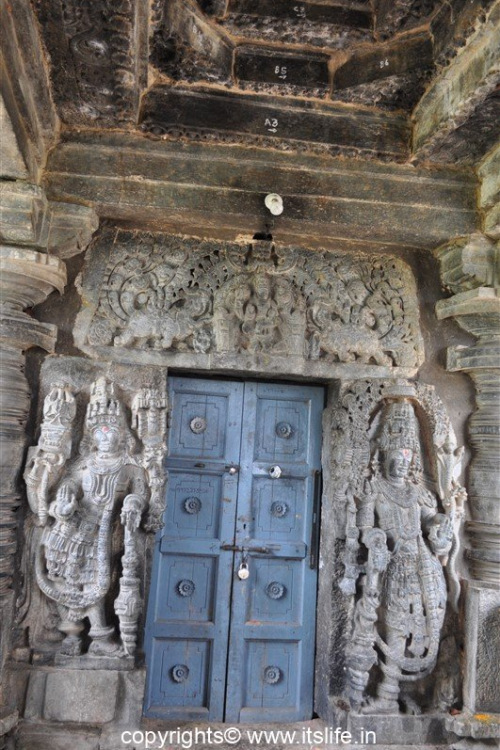 This has a single tower (ekakuta) with the Kalasha (sacred water pot) on top. 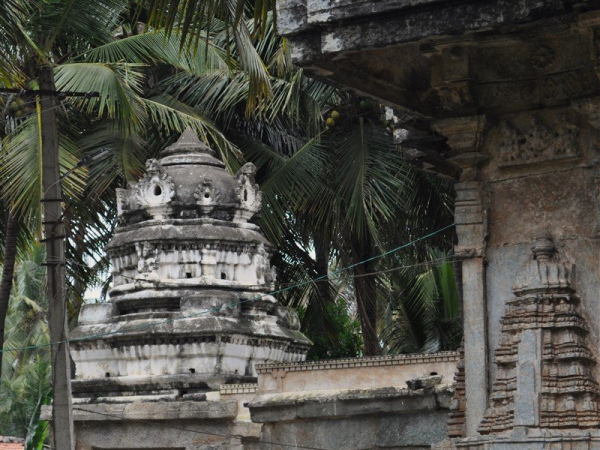 Most of the Hoysala temples are built on a platform whereas, this temple is built directly on the ground. 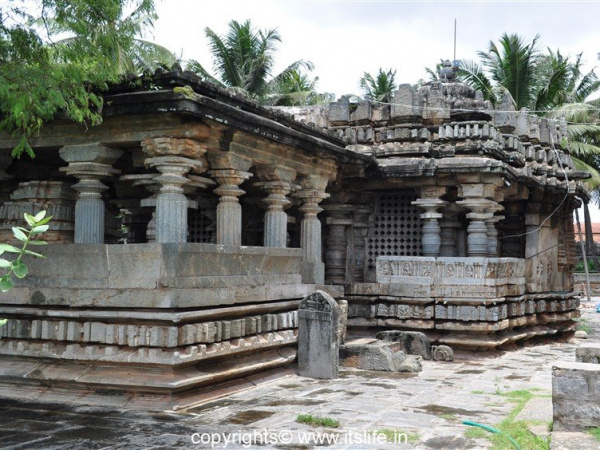 The two entrances face each other. A beautifully carved Nandi is installed on one side of the entrance. 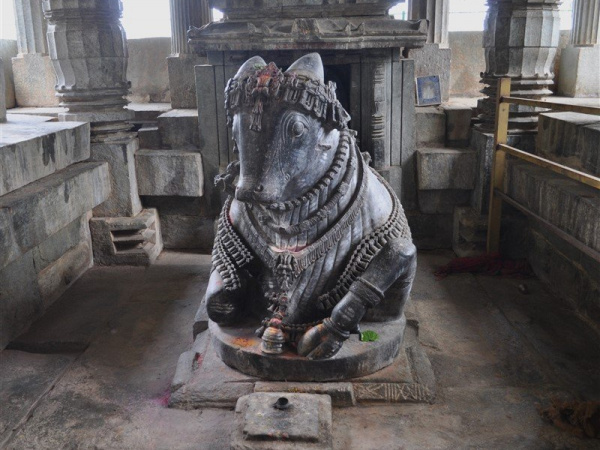 The other halls in the Brahmeshvara Temple are the Navaranga Mandapa (hall) and interior hall (antarala). The temple has a 16-pillar mantapa (hall). 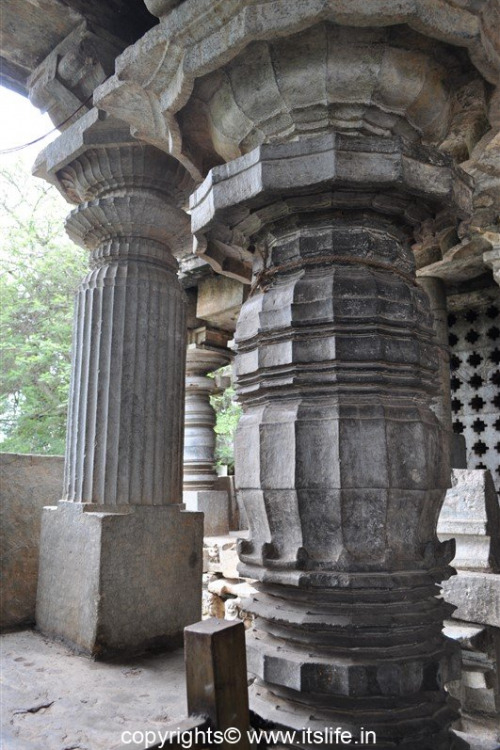 Each of the 16 pillar in the Navaranga Mandapa is sculpted with a girl in a dancing pose. 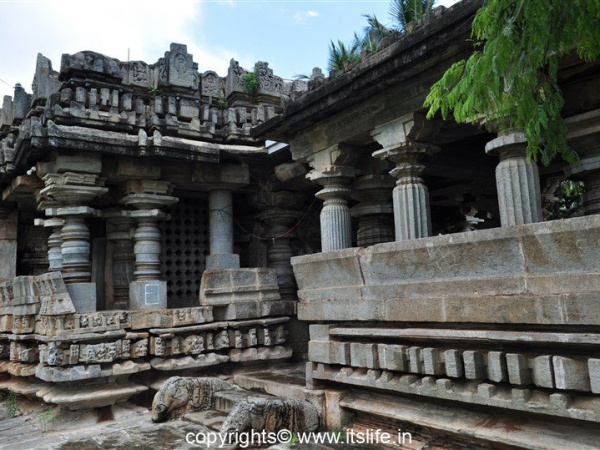 Nine panels form a part of the ceiling of the Brahmeshvara Temple. Eight of these show dikpalas (directional deities), while the central one shows a samatala with nine planets in framed boxes. 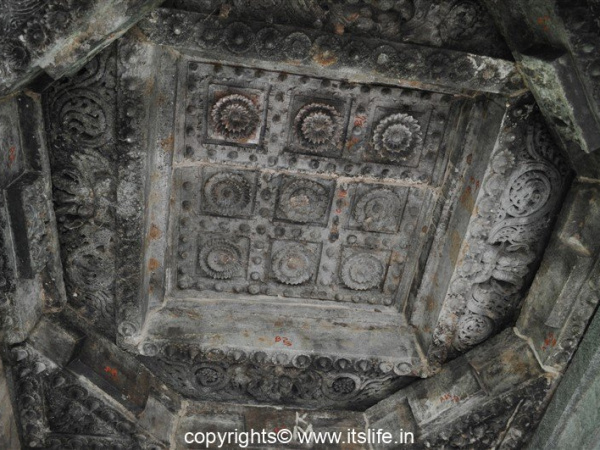 There is a smaller Nandi installed inside the Navaranga-mandapa. 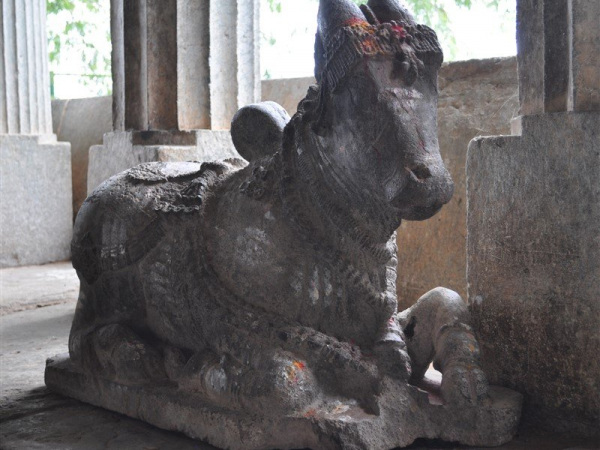 In front of the Brahmeshvara Temple is a sprawling artificial lake known as Kikkeri lake. 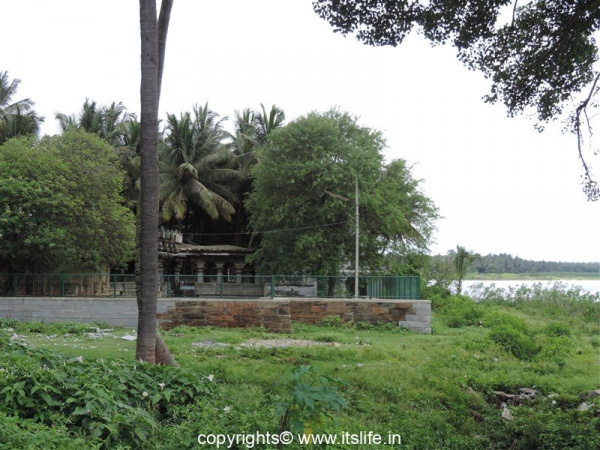 You can go around the courtyard to see the intricate carvings on the walls of the temple. 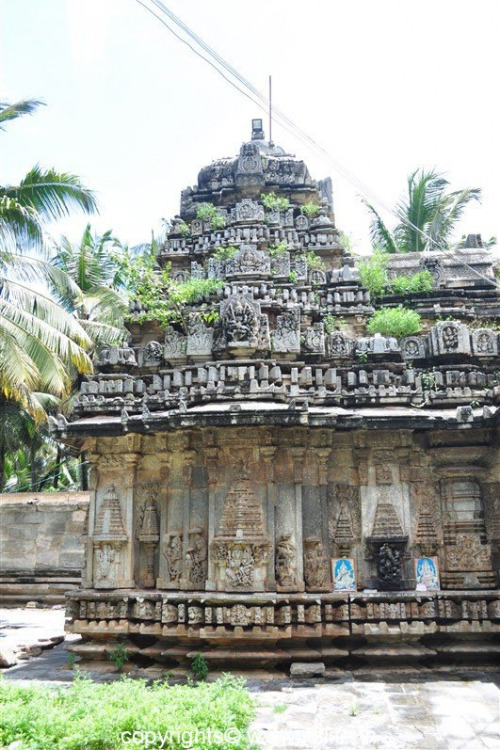 The snake gods have their own corner in the temple. 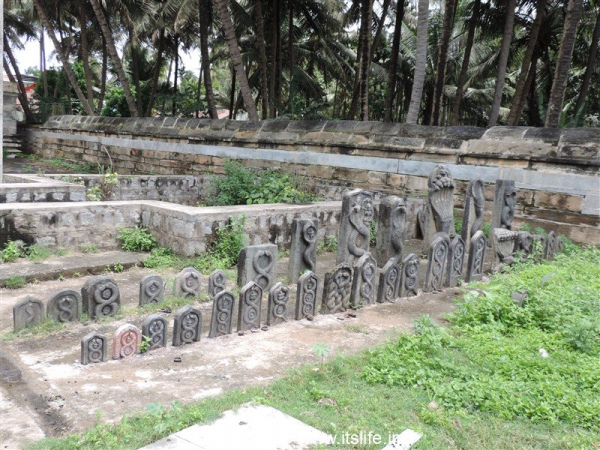 Last but not the least is the idol of Chandikeshwara in front of whom you clap to let him know that you have paid your respects to Lord Shiva. 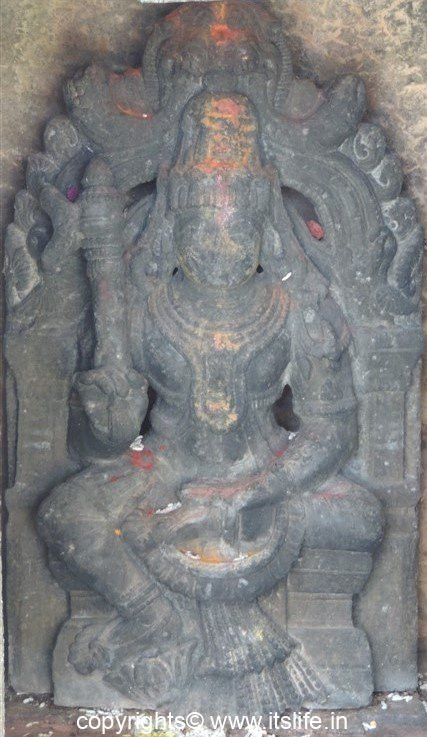 There are many historic temples in and around Kikkeri, which suggests that this was an important and prosperous town in Karnataka before the 14th Century.