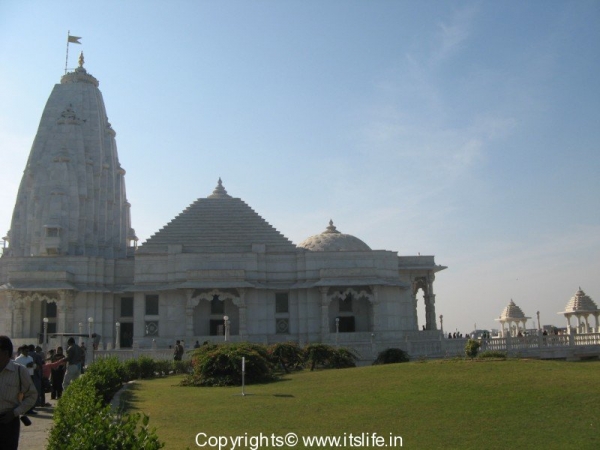 The temple situated in South Jaipur is grand with intricate carvings on pure white marble. People throng the temple in the evening to see the temple illuminated.  Hindu Mythology is depicted on stained glass windows. An idol of Lord Ganesha is also installed in the temple. The main idols of Laxmi and Narayana are made from one single piece of marble. 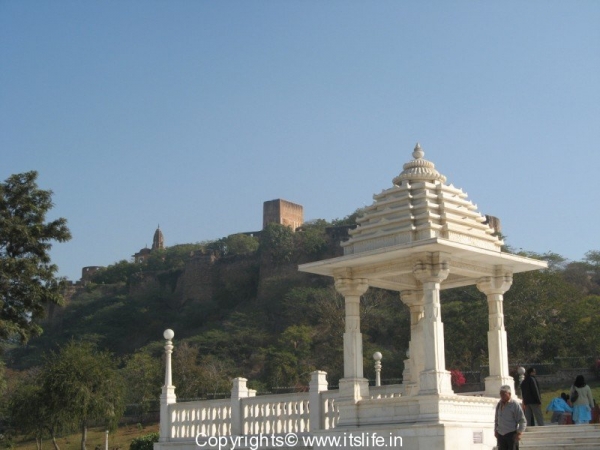 Lawns surround the Birla Mandir Jaipur with beautiful trimmed trees lining the pathway. The temple has a museum, where the paintings, photographs, history of Birla family is portrayed. 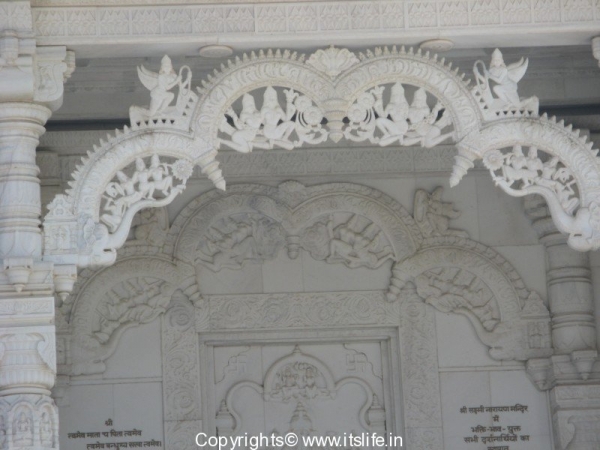