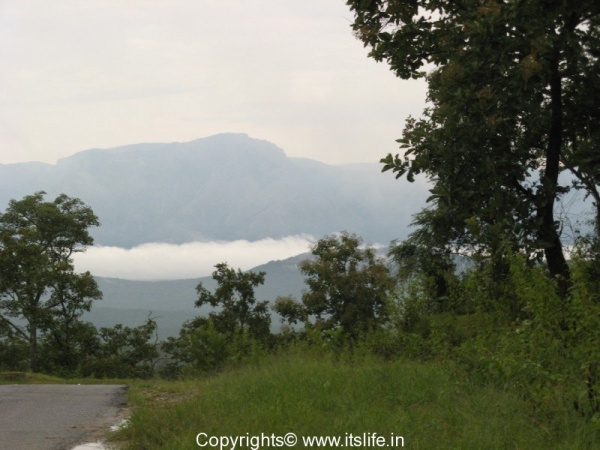 Another favorite getaway of ours is Bandipur.  I have lost count the number of times we have visited this place.  Between the Western Ghats and Niligiri Mountains lies this splendid eco system where animals, birds, reptiles, insects, flowers, trees, moss and ferns co-exist on rolling hills, it is a place on this earth that has to be protected and nourished by the superior creation of god – Homo sapiens. 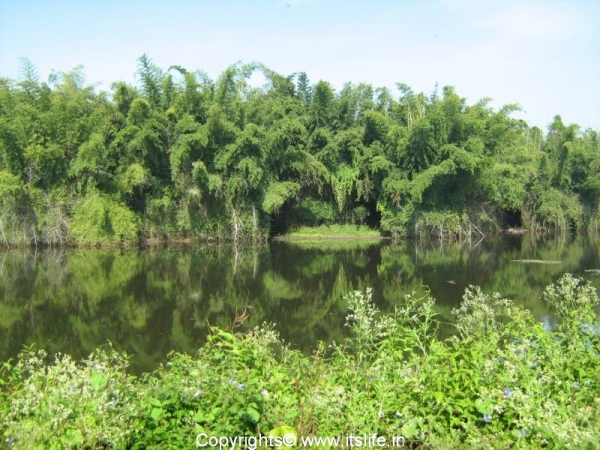 Bandipur wild life sanctuary was recognized by the Maharajah of Mysore in 1931 and was spread over an area of 90 sq km.  The sanctuary area was increased to 880 sq km and named as Venugopala wildlife sanctuary after the presiding deity of the temple on Himvad Gopalaswamy betta / hill.  The Government took over the administration of the park in 1973 and renamed it as Bandipur National Park.  Because of the high population of the endangered tigers living in the forests, it was declared a tiger reserve and came under the project tiger scheme. 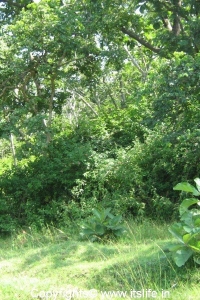 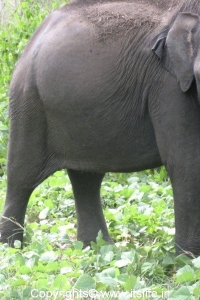 The wild life encounters that we have had in this forest are unforgettable.  We have come across herds of elephants protecting their young ones and feeding on the shoots of trees and bamboos.  Many ponds inside the forest are the prime place to spot animals and we saw a herd of elephants approach the pond, get in and splash around. 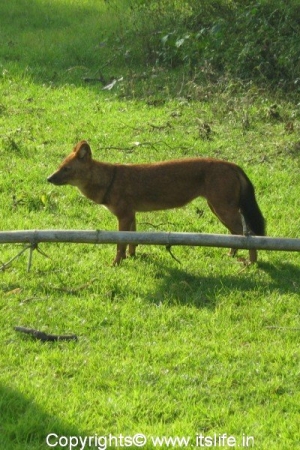 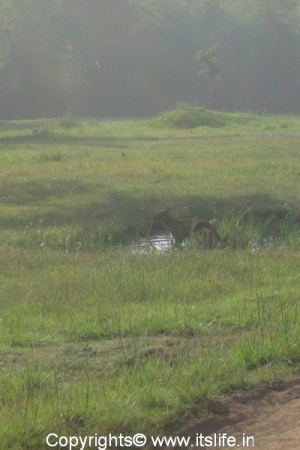 On a safari we spotted a pack of wild dogs / dhole playing in pools of water their reddish brown skin gleaming in the sunlight.  Once, late in the evening we encountered a Jackal, which with a howl beat a retreat into the forests. 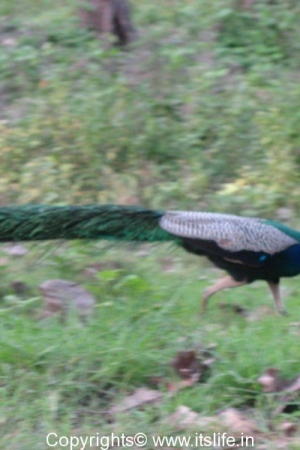 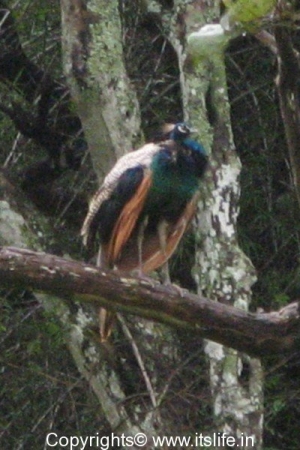 We have seen Peacocks flying, perched on trees and once a peacock dancing on a rock with feathers open.  We have come across innumerable Mongooses scampering into the bushes. 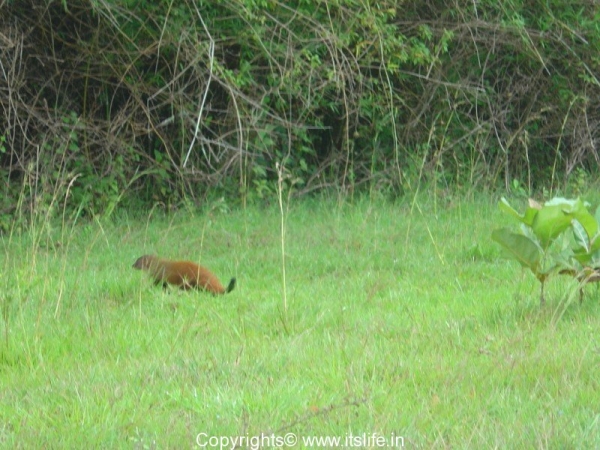 Met herds of Gaurs / Bisons, which are the largest cattle in the world, grazing or standing still and they are ready to scoot into the thicket at the slightest disturbance. Once as we were driving on the main road we could see a herd of 15 Bisons moving behind the bushes lining the road. As I was trying to take a picture, a rhesus monkey, which was in front of the bushes stood up on its two legs as though asking “why not take my picture?” and I readily obliged!! 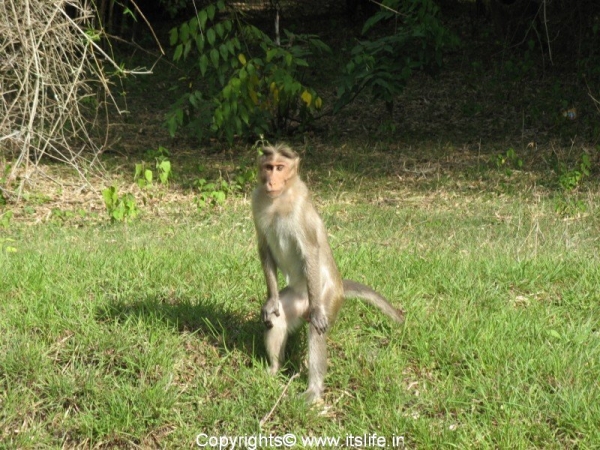 There are many langurs scampering from one tree to the other giving out warning calls to the chitals / spotted deer at the sight of any predator. 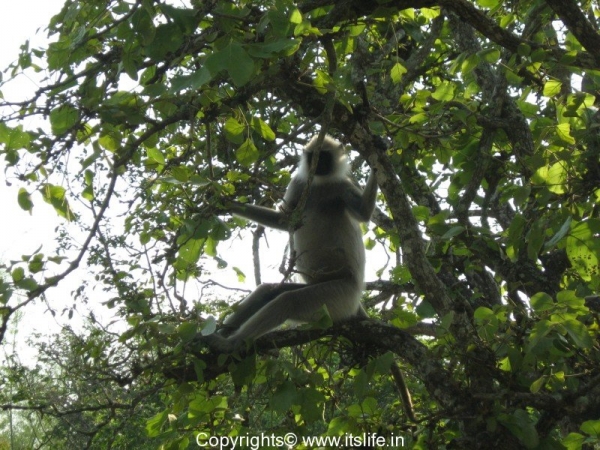 A family of wild boars, the head man giving us a look, which seems to say “You will regret if you dare come near my family!” and protectively driving the family into a bamboo thicket. 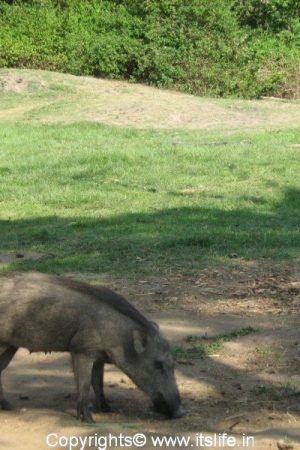 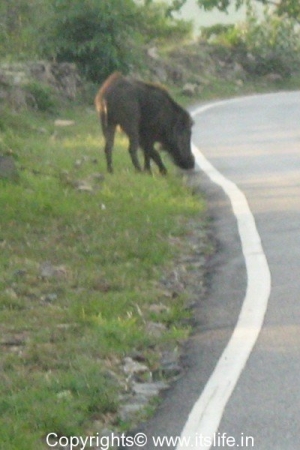 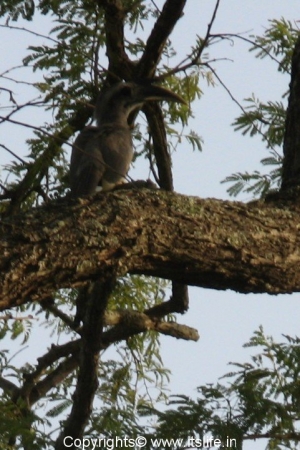 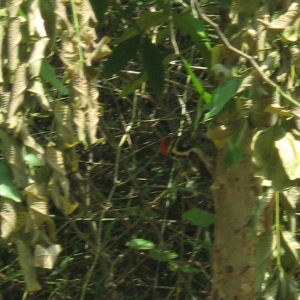 The Cicadas compete with the birds with their constant buzzing. The huge ant hills makes you wonder at the number of snakes that might be slithering in the forest devouring frogs, insects etc., We saw a huge Python curled up under a tree and the forest guide told us that it has devoured an animal of the size of a hare. Another time it was a Scorpion about 10 inches long basking in the sun on a rock. 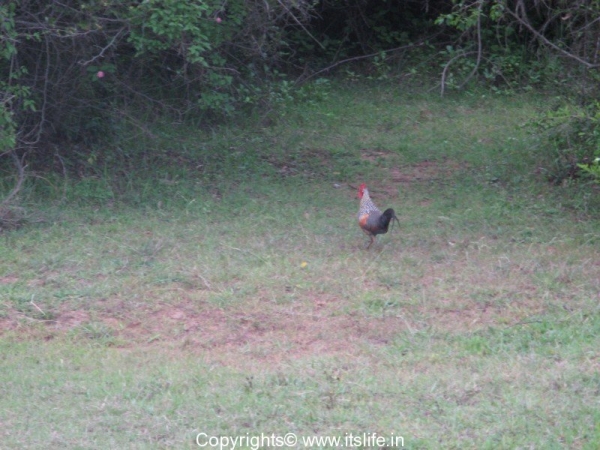 Once a Black Panther crossed the road and sat still for a moment and before we could even bring up the camera it ran into the forests like lightening. Its gleaming green eyes are still etched in our mind. 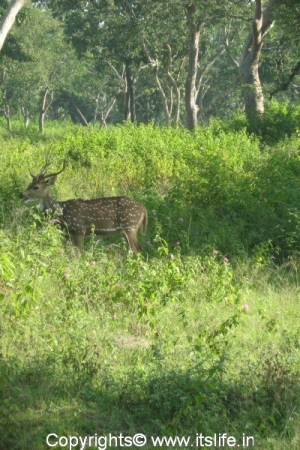 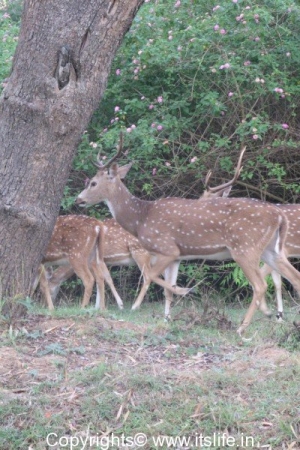 Thousands of Deer wander around the park, munching on the juicy dew drenched grass. The Deer and Sambar is the lifeline for the survival of Leapords, Tigers and Panthers. We are yet to spot the Tigers and it is our dream to capture it in our camera someday.

This place is not a one time visit but to be visited again and again.

The South India tours attract tourists from all over India and the world due to its district dotted with tourist spots like mudumalai.