Auroville means “City of Dawn”, where people live as one in harmony with no nationality, politics, caste, creed or color. The city was envisioned by Mirra Alfassa fondly called as Mother, who was a partner of Sri Aurobindo in the spiritual quest. The city was started in 1968 and it is 8 Kms North-West of Pondicherry / Puducherry. 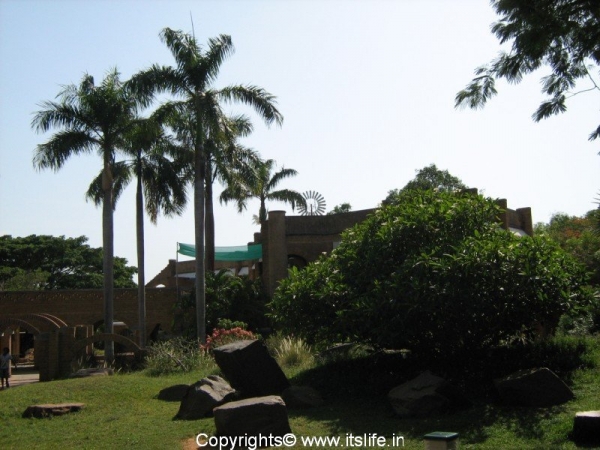 The city was designed by French architect Roger Anger and around 2000 people live in this place. About two-thirds of the people living here are foreigners.

The charter to live in Auroville states that , “To live in Auroville one must be a willing servitor of the Divine Consciousness”, and describes it as “belonging to nobody in particular, but to humanity as a whole”; as a place “of constant progress”; and as “a bridge between the past and the future.”

The homes built in Auroville are designed extremely different from the ordinary houses we see outside the community. The residents of Auroville are engaged in a wide range of occupation like agriculture, administration, education, commerce and healthcare. An international award winning unit involved in solar photovoltaic and thermal system known as AuroRE systems was started here. 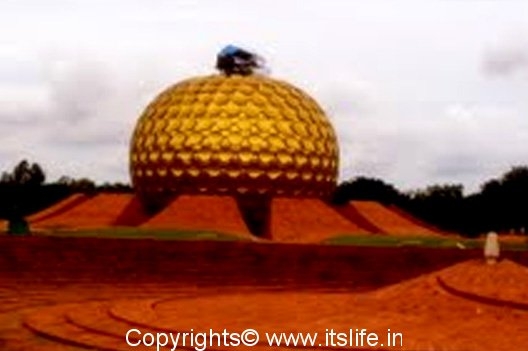 A huge globe is built at the center of Auroville known as Matrimandir, which is used for meditation.    The Matrimandir is erected on four pillars and each pillar is named as Mahalakshmi, Mahakali, Mahasaraswathi and Mahaparvathi.  The total area covered under Matrimandir is 62 acres. When the Matrimandir was ingaugurated on 28th February 1968, soil from 124 countries was collected and put in a lotus shaped urn to symbolize universal oneness. The urn is placed at the center of the amphitheatre in an inner chamber, which has 12 sides and white marble Inner Chamber.  This chamber contains the largest crystal in the world (70 cms diameter).  Through an opening in the ceiling, sunlight falls directly ont he crystal bringing it to life with light.   This light falling on the globe acts as a focal aid to concentration and meditation in silence.  For Aurovillians this is the truth and nothing else. 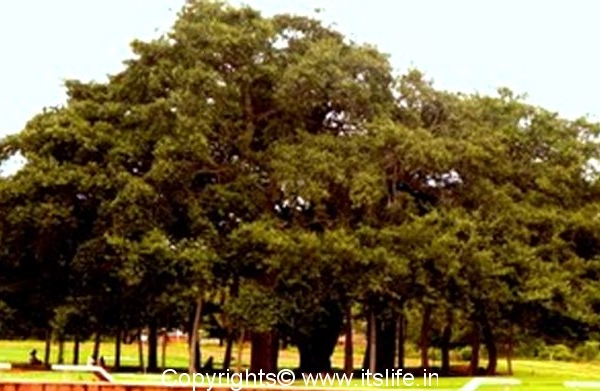 At the heart of Matrimandir is a circular meditation room, with white walls, and white carpeting on the floor. At the centre stands a crystal orb, the largest in the world (about 70 cm in diameter). Around the room are 12 pillars. Through an operculum above, sunlight falls directly on the orb, lighting it up.
As the Aurovillians put it, there is nothing except absolute silence, meditation, and Truth. They claim that once inside, nothing matters, except the Supreme Truth. All that one must concentrate on is the play of sunlight on the polished surface of the sphere. Nothing else matters, nothing else is real.
Nearby, there’s a huge banyan tree, the geographical centre of Auroville, revered nearly as much as Matrimandir itself.

A  huge banyan tree is present at the geographical centre of Auroville, which is revered nearly as much as Matrimandir itself. 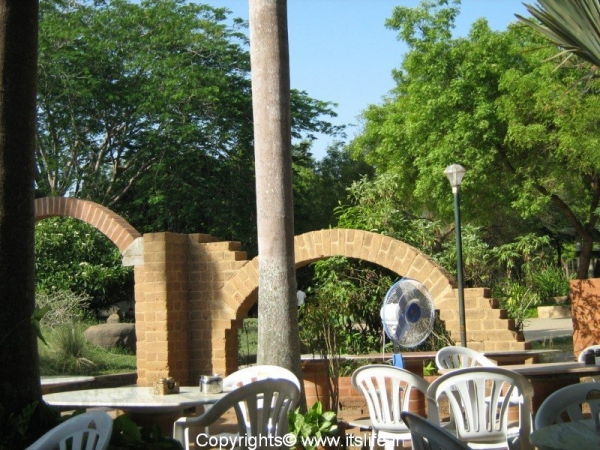