Lord Siva said: “What cannot be acquired without great pains – the true import of Vedanta (Self-Realization) – can be attained by anyone who looks at (this hill) from where it is visible or even mentally thinks of it from afar.” – Arunachala Mahatmyam (Skanda Purana) 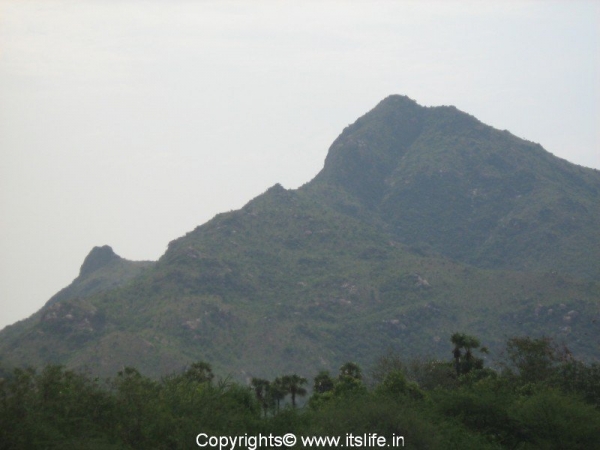 Arunachala is the holy hill at Thiruvannamalai standing at 2,669 feet high, and the other names are Aruangiri, Annamalai, Arunai, Sonagiri, and Sonachalam. Tens of thousands of pilgrims circumambulate Arunachala barefoot every full moon night. They cover a distance of 14 Km with sheer devotion and not a trace of fatigue. This is known as Giri Pradakshina and is performed in silence or meditating or chanting or singing devotional songs. 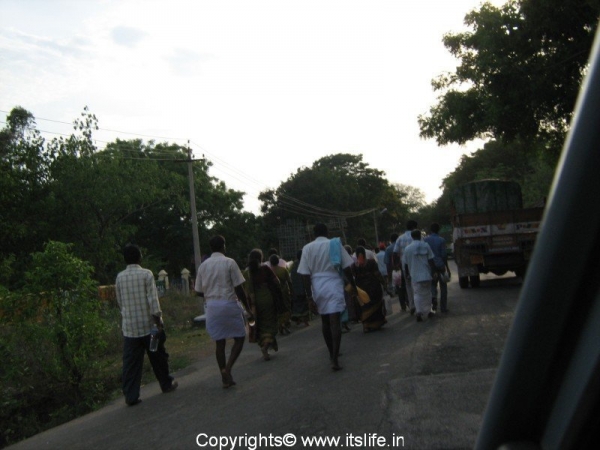 There are eight temples around the hill dedicated to Shiva, each one associated with zodiac signs. 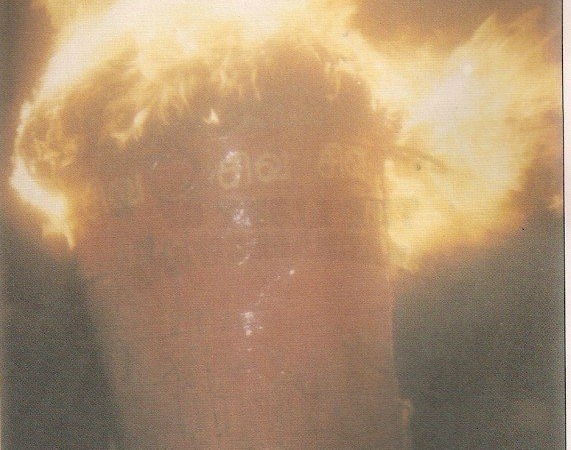 During Tamil month Karthigai (Oct – Nov), the Karthigai Deepam / light is lit atop Arunachala. Sparks from the sacred fire lit in Anamalaiyar temple is carried to the top of the hill and is used to light thehuge cauldron filled with Ghee and camphor at six o’clock in the evening. 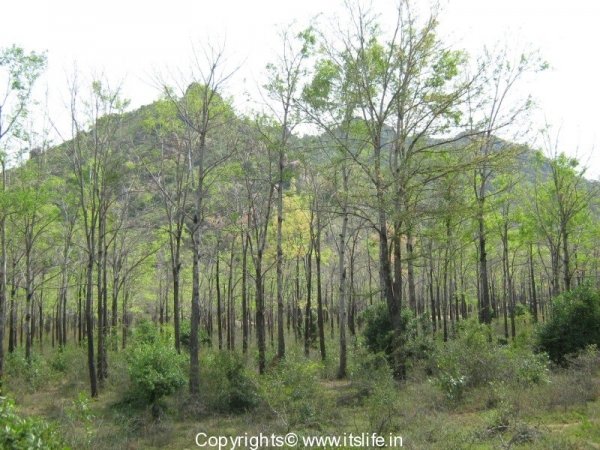 There are many caves in the hills in which many saints and sages have lived and meditated. Sri Ramana Maharshi the Advaita Vedanta Guru lived in one of the caves from 1899 to 1916.

Legend:
Brahma and Vishnu once argued about who was more powerful and superior. Shiva, in order to calm the situation, manifested as a column of light and then took the form of Arunachala. Hence, the hill is considered as Shiva himself. 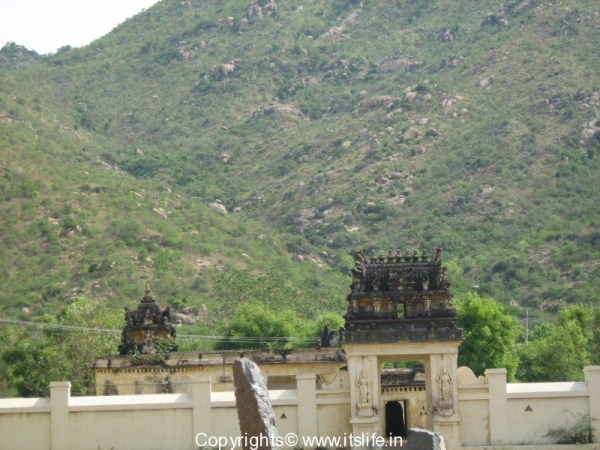