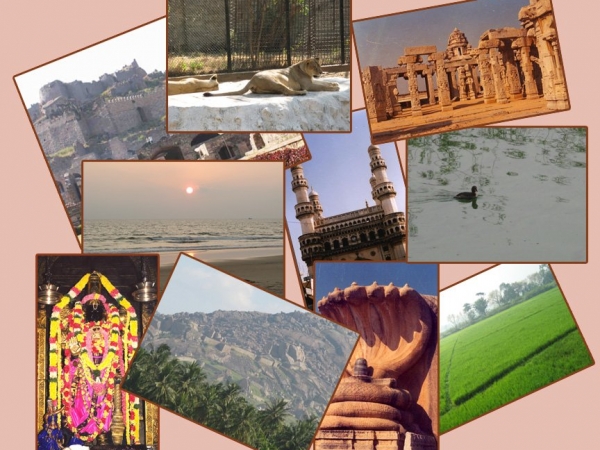 The fourth largest state of India, Andhra Pradesh is situated in South India established on November 1st 1956.  It shares its borders with Karnataka, Maharashtra, Chhattisgarh, Orissa and Tamilnadu.  To the east it has Easter Ghats and 972 Km of coastline facing Bay of Bengal, which is the second longest coastline in the country.  North Andhra Pradesh is known as Telangana region and the south is known as Rayalseema.  Hyderabad is the capital of Andhra Pradesh.  Telugu is the language spoken by Andhrites.

Andhra Pradesh water requirement is fulfilled by Krishna and Godavari.  This has facilitated growing Rice crops, which is the staple diet of the state.  The state is known as “Rice Bowl of India”.

State animal is Black Buck, bird is Indian Roller, tree is Neem, flower is Water Lily, and dance is Kuchipudi.

Places of Interest in Andhra Pradesh:

Nice blog, was searching for gojju recipe and stumbled upon your blog. Its amazing how you portray all elements of our culture! Loved it! I might need your advise on the vratas mentioned by you… Will come back again!

Thanks Sruni, Shoot your questions anytime and I will try to answer to the best of my ability.
Regards,
Shantha