If you want to experience poetry in stone, then you must visit Bhoga Nadeeshwara Temple. A culmination of work on the temple from 5 dynasties is very attractive to tourists and devotees. 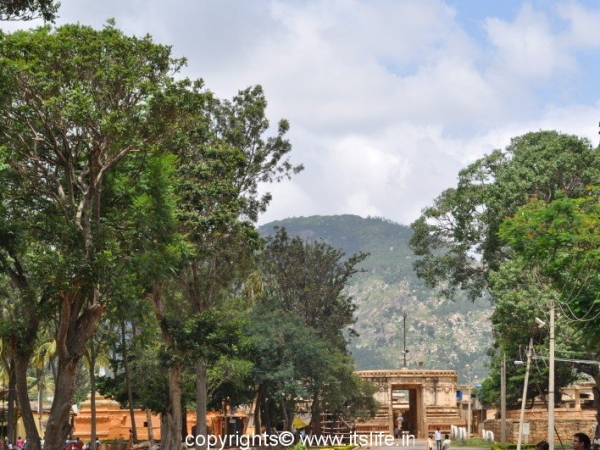 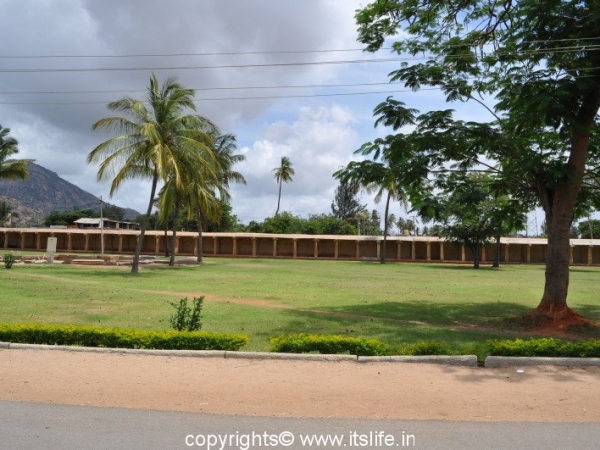 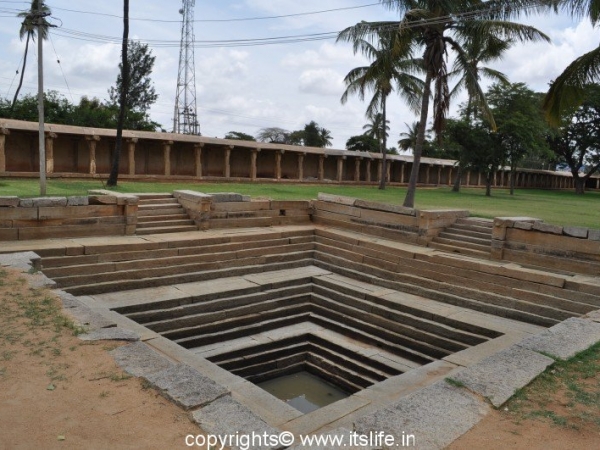 The huge temple complex was first built in the 9th Century by the Bana king Vidyadhara and queen Ratnavali in Dravidian architecture. 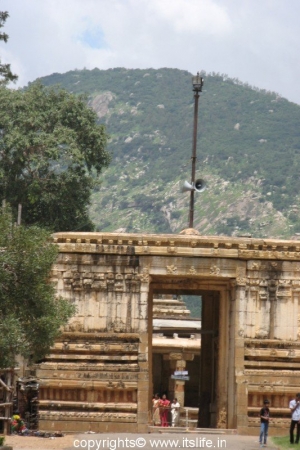 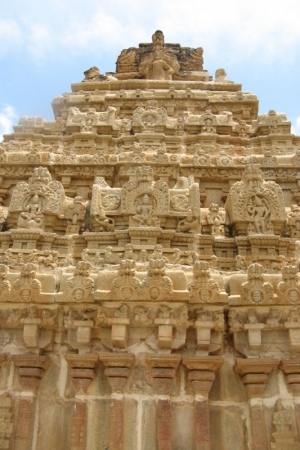 Later the temple was expanded by the Gangas, Cholas, Hoysalas, and the Vijayanagara kings. Currently, the temple is 320 meters in length and 250 meters in width. 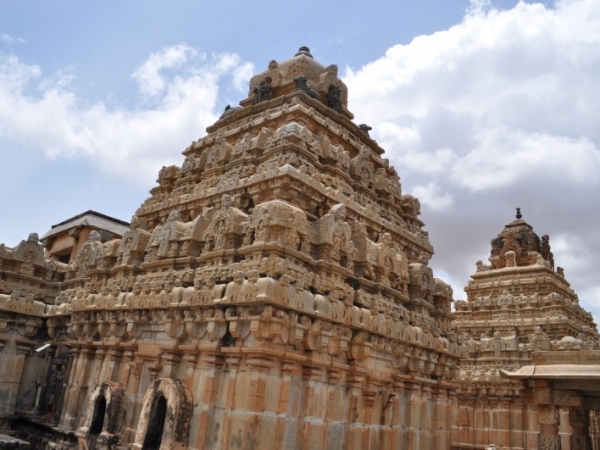 A green front courtyard and a Kalyani greet you at the entrance of the temple. 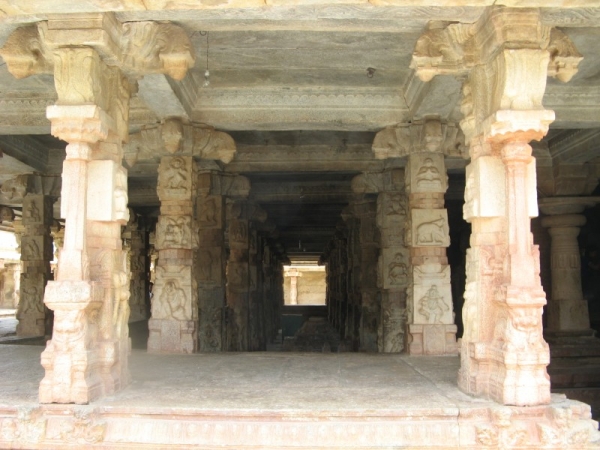 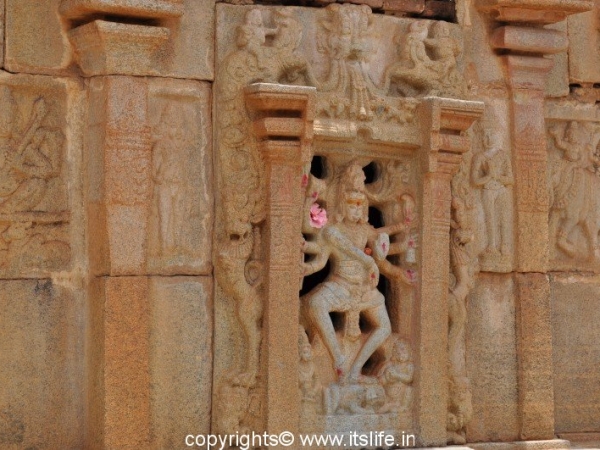 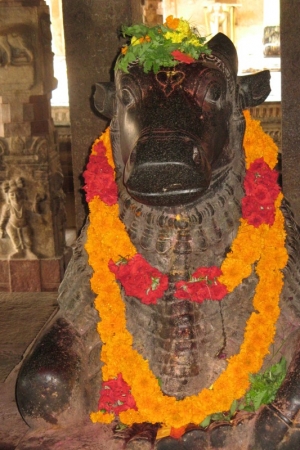 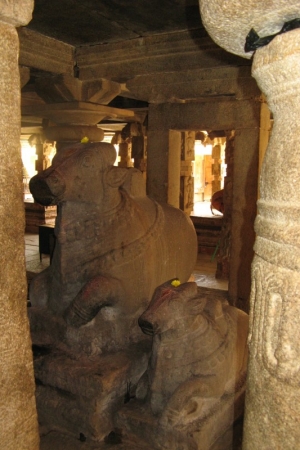 Inside Arunachaleshwara shrine a Simha Ganapati is installed. This is a very unique depiction of Lord Ganesha. 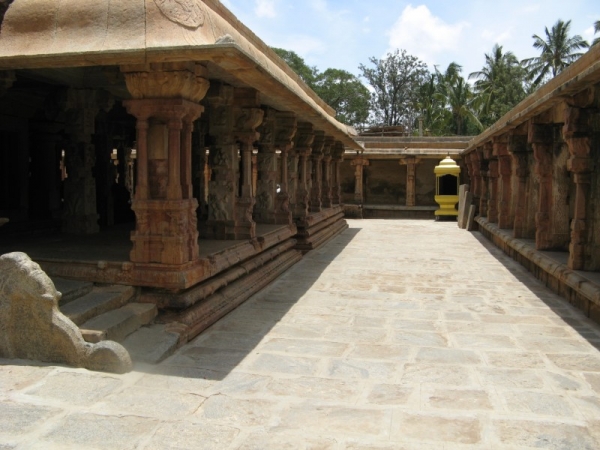 The Uma Maheshwara shrine has an ornate soap stone Kalyana Mantapa (marriage hall) in front with four pillars. Each pillar has carved statues of the divine couples: Shiva and Parvathi, Brahma and Saraswati, Vishnu and Lakshmi, Agni and Swaha Devi. 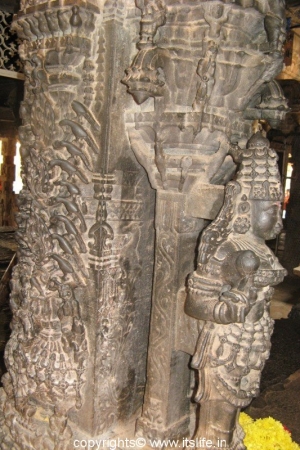 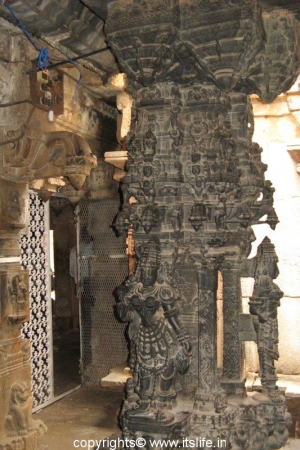 This is a favorite place for the newlyweds to seek blessings for their new journey. 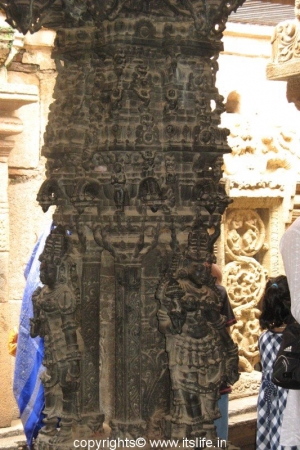 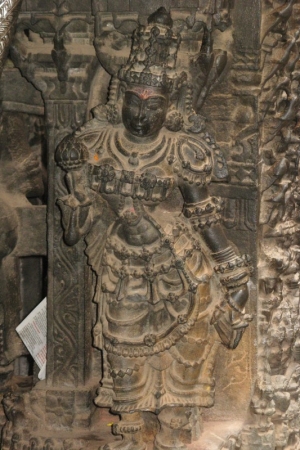 The ceiling is also intricately carved. 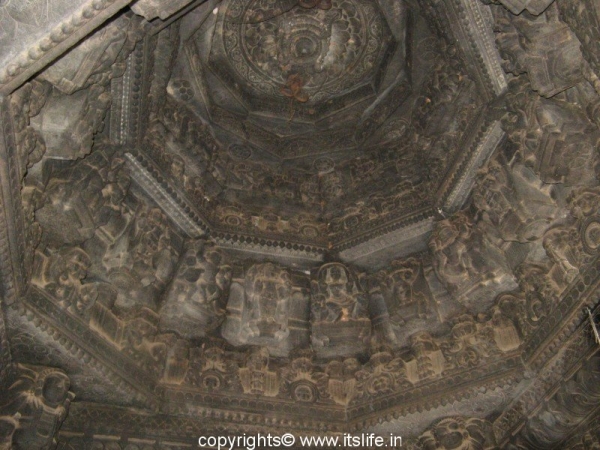 Inside Bhoga Nadeeshwara shrine, a statue of King Rajendra Chola is installed. 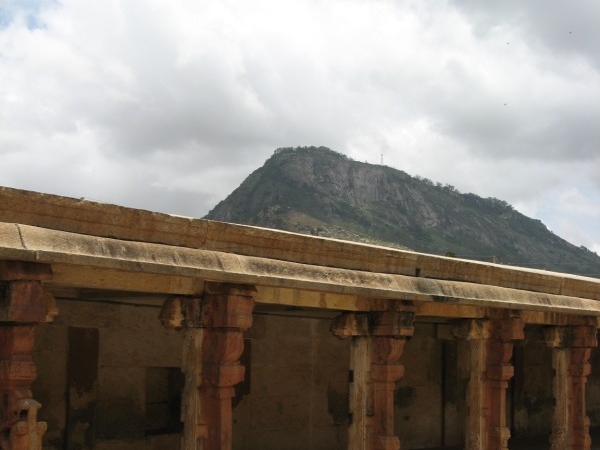 To the north of the shrines is a Vasantha Mantapa (pavilion) supported by elegant Yali pillars. A Tulabara (offerings made equal to the weight of the devotee) mantapa is also seen here. 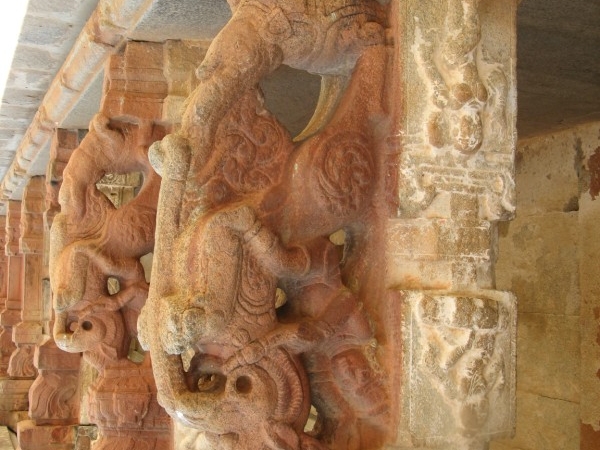 A beautiful step tank or Kalyani (sacred water tank) is located beyond the Navaranga Mantapa known as Shringi Theertha as sage Shringi meditated here. Water gushed out from the ground here when Nandi the bull pierced his horns into the ground in search of water. 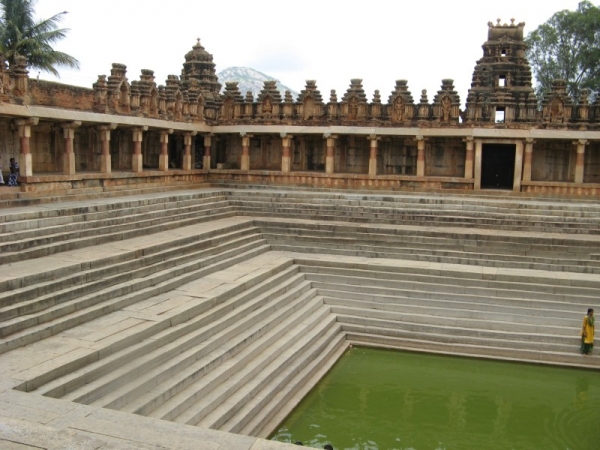 Near the outer wall of the temple complex are two shrines dedicated to the goddesses Prasanna Parvati and Apita Kuchamba. 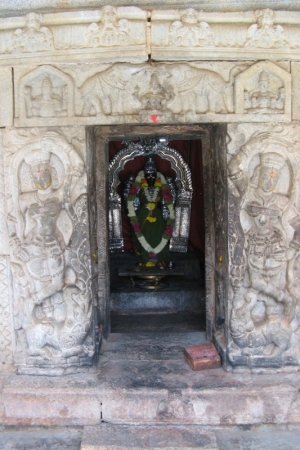 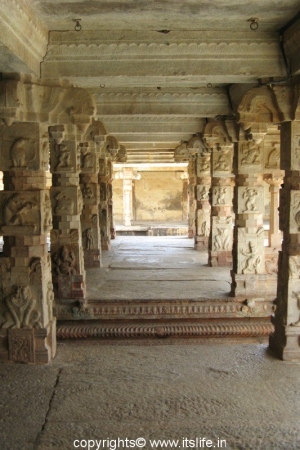 Observe the carved pillars on the outer wall, grilled (jail) stone windows, tiered towers on each of the shrine, statues of various gods and goddesses, figures of parrots, animals, creepers, marriage scenes of Shiva and Parvati, and Ashtadikpalakas (door men) on the ceiling. 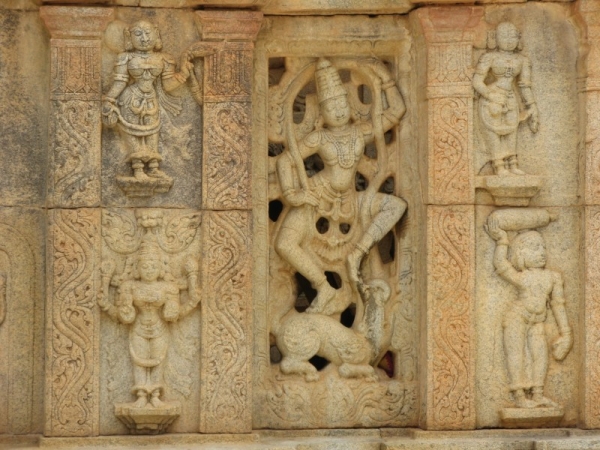 Thrice a year 100,000 lamps are lit here on important festival days like Shivarathri. Shivrathri festival is celebrated with great pageantry. 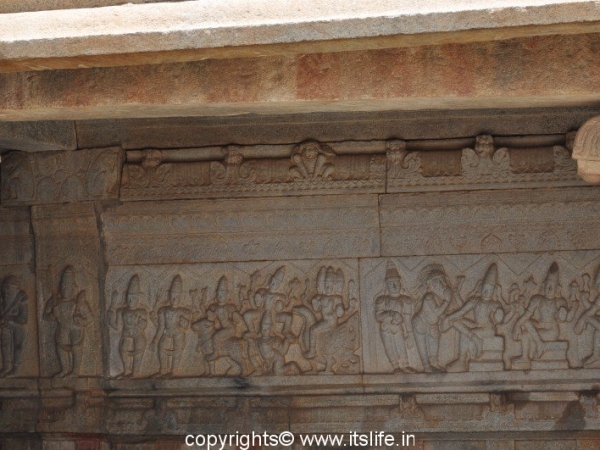