Devanahalli was also known as Yusufabad and is situated in Bangalore rural district. The history of Devanahalli dates back to the 15th century. 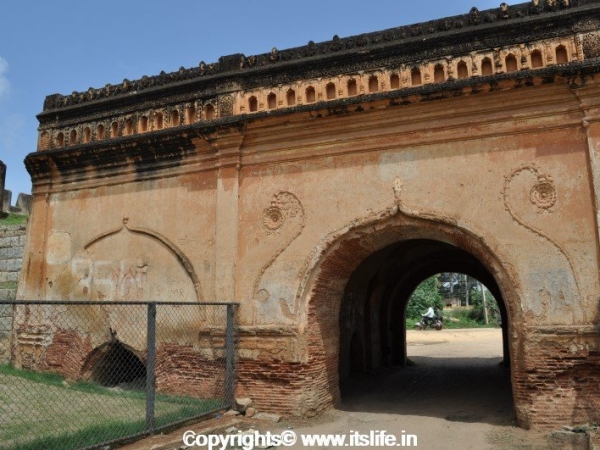 Rana Byre Gowda was the leader of a group of refugees from Kanchipuram in Tamil Nadu who settled in the foothills of the Nandi hills. His son Malla Byre Gowda founded Devanahalli. They belonged to the Mosaru Wokkalu community to which the Bangalore city founder Kempe Gowda also belonged. Devanahalli was ruled by Rashatrakutas, Nolamba, Pallavas, Cholas, Hoysalas and the Vijayanagara rulers. Malla Byre Gowda started the construction of the fort using mud in 1501. The fort was conquered by the Dalvoy of Mysore Nanajarajaiah in 1747. Haider Ali and Tipu Sultan conquered the fort and renamed the place as Yusufabad. The fort was rebuilt by Hyder Ali using stone and is spread over an area of 20 acres. The fort has 12 semi-circular citadels at regular intervals. A barricade is built in the inner side of the fort for defense. The entrances to the fort though small are decorated with cut plasterwork and horses can easily pass through them. Gun points are provided at the citadel using lime and brick. In 1791 during the Mysore war, Lord Cornwallis of the British Raj took control of the fort. The birthplace of Tipu Sutan is near the fort. The place is enclosed with pillars and in the center is a stone tabled with the date of birth inscribed on it. Tipu Sultan was born here in 1751. The fort and the birthplace of Tipu Sultan are protected monuments by the Archeological survey of India. The palace of Tipu and Hyder Ali are present inside the fort along with the bungalow of the Dewan Purnaiah. There are many ancient temples inside the fort. Bangalore International Airport is situated in Devanahalli. Many business and IT parks are being set up here. Along with these an Aerospace park, Science Park, and a financial city are also being set up.

Place Statistics:
Type of place: Historical Town
Situated: Bangalore Rural District, Karnataka
Distance: 30 kilometres (19 mi) to the north east of Bangalore
Transport: Well connected by road. Autorikshaws can be hired from bus stand to take you around the town
Facilities: On the highway you can find cafes and restaurants