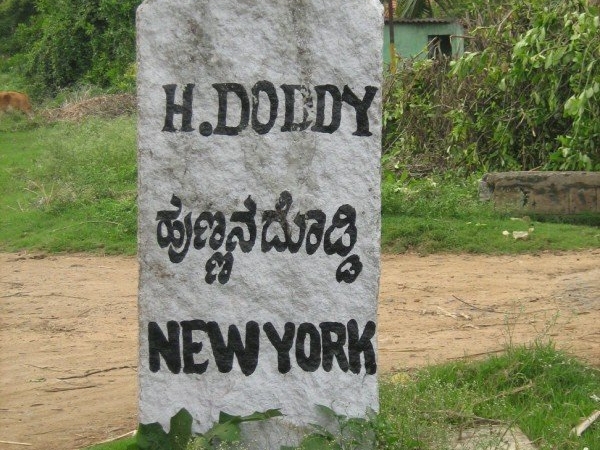 When we visited Shivanasamudra, we were very surprised to come across this mile stone with New York painted on it along with the name of the village known as Hunninadoddi, which lies 7 Km from Maddur and 17 Km from Malavalli. When I asked some youth sitting on a bench nearby, they said that as the assigned person was re-painting the milestone on September 11th 2001, he heard about the twin towers being attacked in New York and the loss of innumerable people. He instinctively painted New York on the milestone as homage to people who lost their lives in New York.

Humanity has no borders!

I see no humanity in this.

Then you are not human