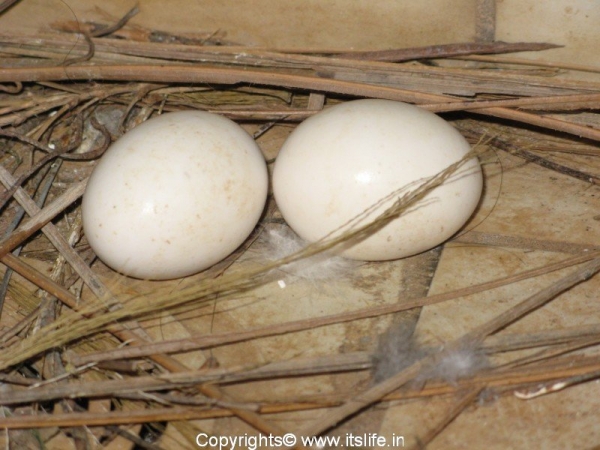 A blue rock pigeon found the space below one of my bonsai a safe place to lay its eggs.  We were thrilled to have this family and watched the busy parents building what they thought was a cozy nest with a maximum of 6 sticks! 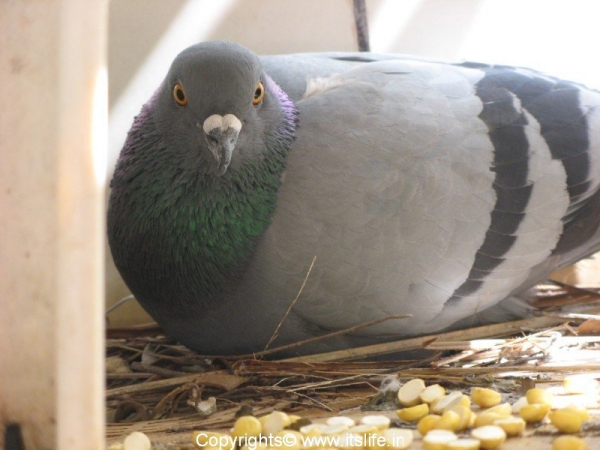 The protective parents incubated the eggs for 18 days and unfortunately only one egg hatched.  We were surprised to see the mom pigeon sitting protectively on the fledging. 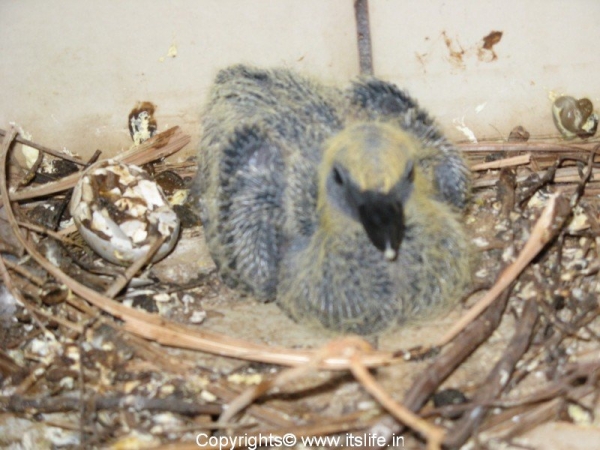 The parents took turns to dutifully collect food for their baby.  We started keeping water and feeding the pigeons with fried gram, which it used to finish off withing seconds. 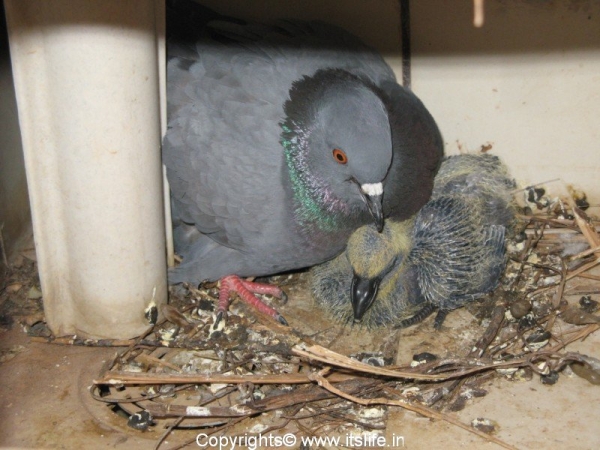 Once I saw the mom pigeon fight bravely with an intruder who posed danger to the fledging. 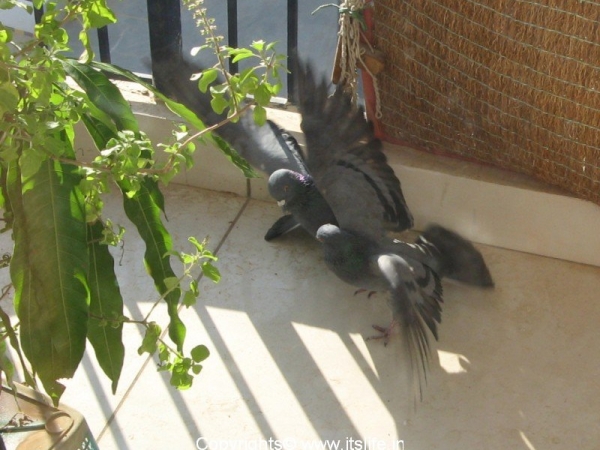 Slowly the young one developed feather and became bigger but was reluctant to leave the cozy corner. 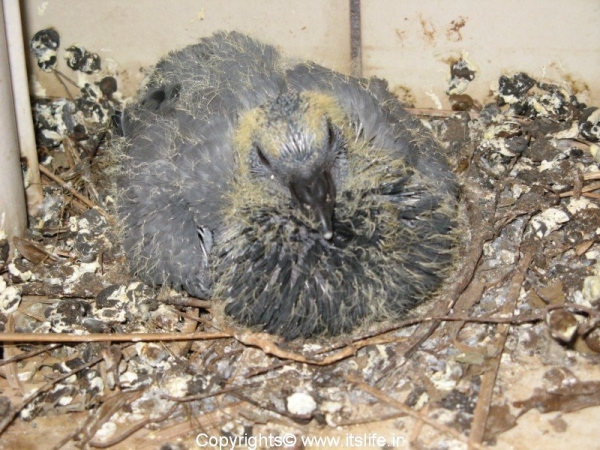 The mom in the beginning gently coaxed the young one to leave the nest but would be faced with protests. 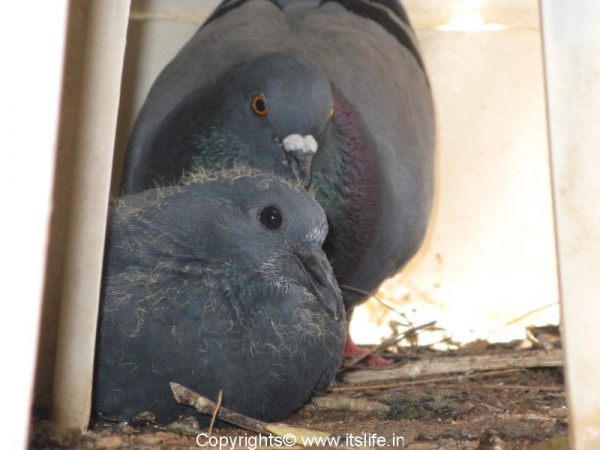 The parents became firmer and almost pushed the young one off the balcony.  After about a month and a half the chick flew off to make its own nest. 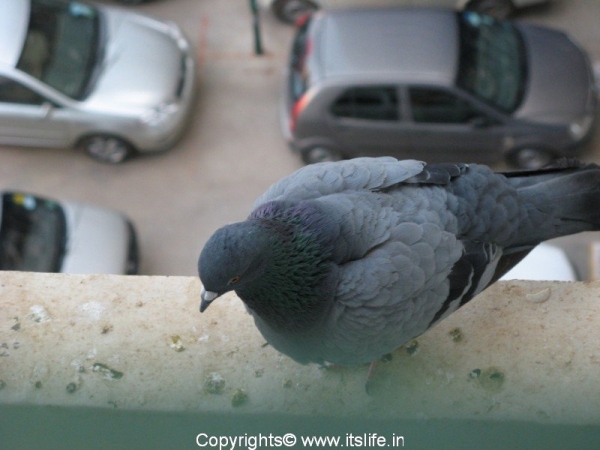 hi,
do you have any idea to know if the pigeon is pregnant or not. one has entered my house and i want to know if its carrying.

Hi Ashok,
Sorry I cannot make out if the Pigeon is on the family way. Please check the following link: http://en.wikipedia.org/wiki/Rock_Pigeon it might help you.
Regards,
Shantha

Hi Anshul,
Do not let the pigeon build its nest inside the house. Once it builds a nest it will lays eggs and mess up the house. It will stink a lot.
Regards,
Shantha

Bharat Hunnime is a festival celebrated [...]

A sweet flat bread, stuffed with a mixtu[...]