One of the reasons for a number of invasions on India was for the priced spices like Pepper.  They found their way to South India by sea to take away as much of spices as they could. 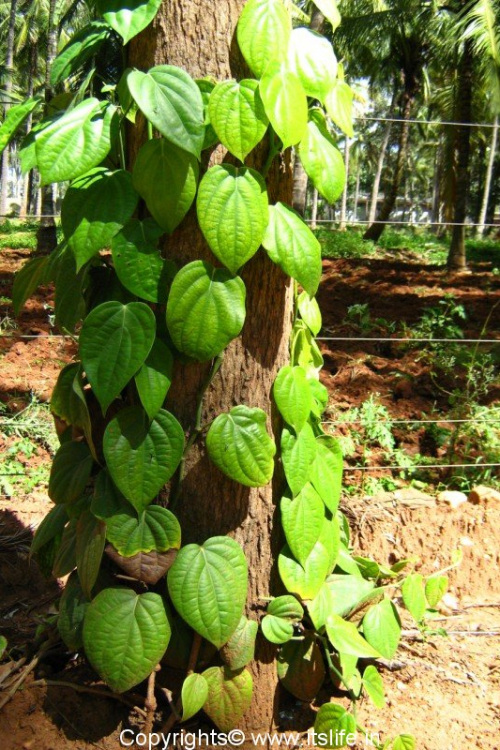 Pepper plant belongs to Piperaceae family and the botanical name is Piper nigrum. It is a native of South India.  In Hindi it is known as Kali Mirch, Kannada it is known as Karimenasu, and in Sanskrit Marich.

The plant is a perennial woody flowering vine and grown mainly for the fruit, when dried it is known as Peppercorn.  Peppercorn is used as a spice and seasoning. 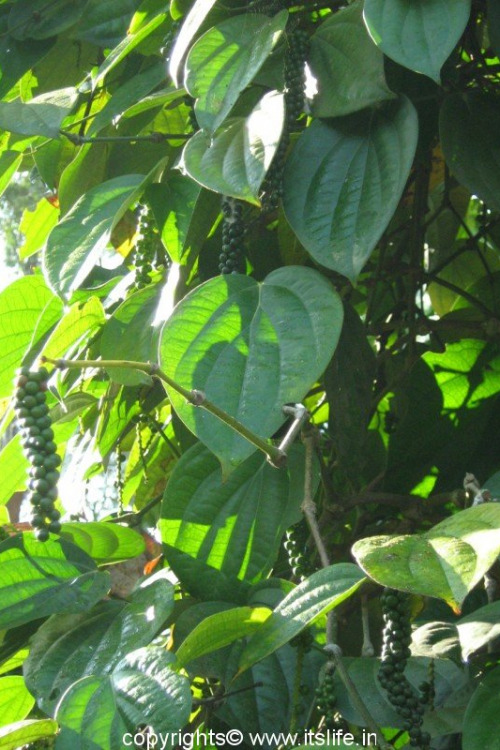 Black Pepper is seen growing in South India supported by trees.  The vine can reach to a height of 4 meters. New roots grow from wherever the stems touch the ground. The leaves are dark green, alternate around 5 to 10 cms long and 3 to 6 cm broad.

On pendulous pikes of 4 to 8 cms long, flowers are produced, which are small.  The spike lengthens as the fruit matures to up to 7 to 15 cms. 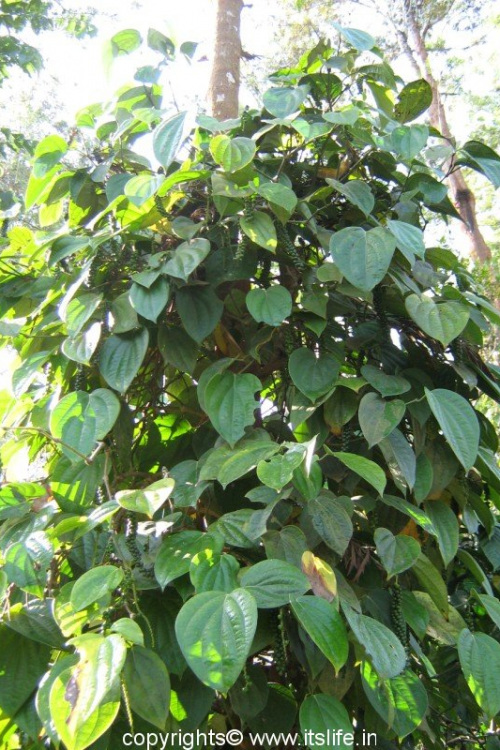 The fruit is green when raw and black when dried. The Peppercorn is 5 mm in diameter and contains a single seed. 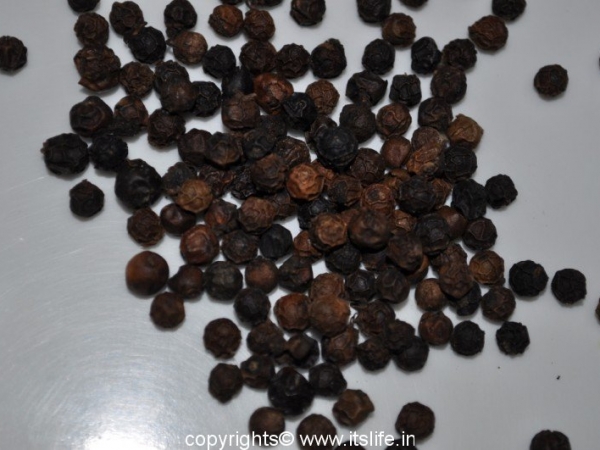 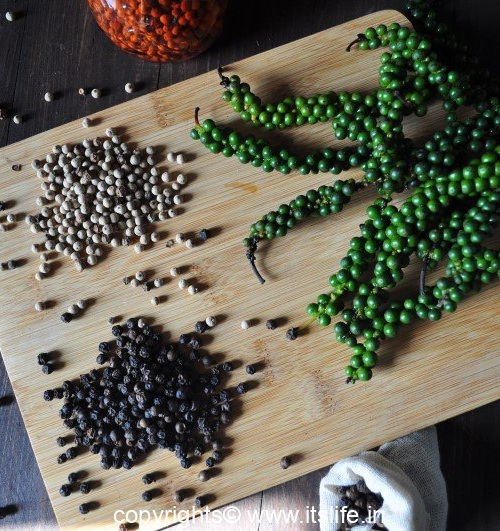 Vietnam is the world’s largest producer and exporter of Pepper.  Second is Indonesia and third is India.

Pepper is used in traditional medicine to cure many ailments.  Pepper Oil and Spirit are extracted from the Peppercorns.  These are used in medicinal and beauty products. 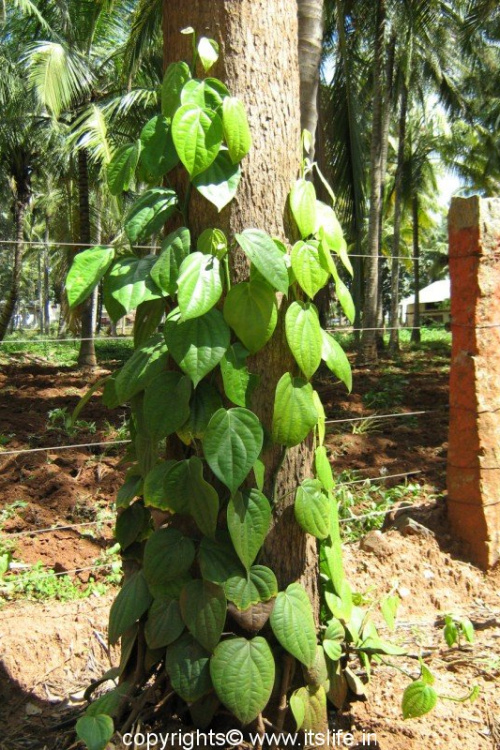 Pepper can be grown by cuttings in well-drained and rich soil.  Support is needed for the vine to climb up. Trim the shoots twice a year. Water the plants once in two days during the dry season.