Common names of this perennial herb in English are Prickly chaff, Rough chaff, Devil’s horse whip, in Sanskrit it is Apamarga and the botanical name is Achyranthes aspera and belongs to Amaranthaceae (Amaranth family). In Kannada it is known as Uttareni. 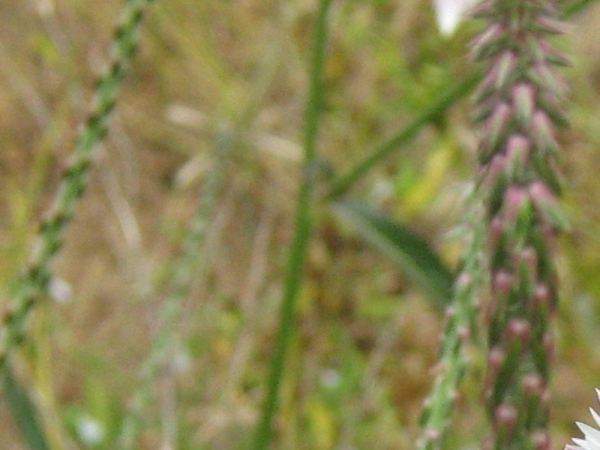 Uttareni plant grows as a common weed in India and also considered sacred. It has many medicinal properties and is used in Ayurveda and the Maasai people of Kenya to treat many ailments. Pregnant women should avoid consuming this plant and also avoid using it externally. 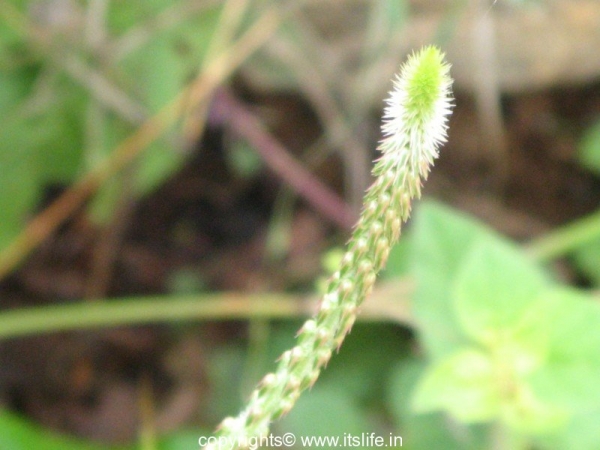 Leaves are elliptic or ovate. Flowers bloom at the apex of a long stem. 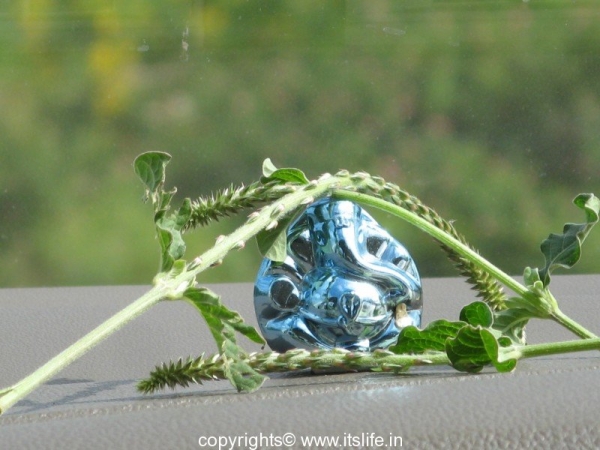 The leaves of this plant are offered to Lord Ganesh during the 21 patra (leaves) pooja, and the following is chanted while offering the leaf “Om Guhagrajaya namaha, Apamarga Patram Samarpayaami”. 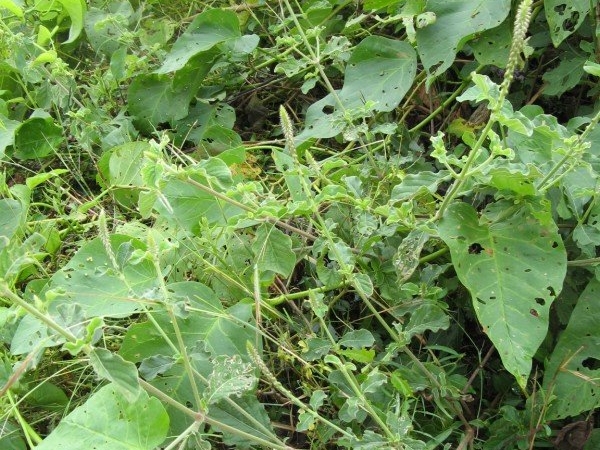 The parable says that when Namuchi the demon was killed by the king of gods, Indra, Apamarga herb sprang from the head of the demon. Indra used this herb to kill the rest of the demons. Till date this herb is considered extremely powerful to dodge all evils.

The seeds of Uttareni – Apamarga Patram are used as food in Rajasthan.

Please check with weed removers in your city.Regards,Shantha