The flowers of Ashoka tree are used to worship gods in South Canara district of Karnataka. This pretty tree is a native of India, Sri Lanka, Myanmar and Malaysia. It is evergreen and ever flowering tree belonging to the family Fabaceae. Botanical name is Saraca Asoca. 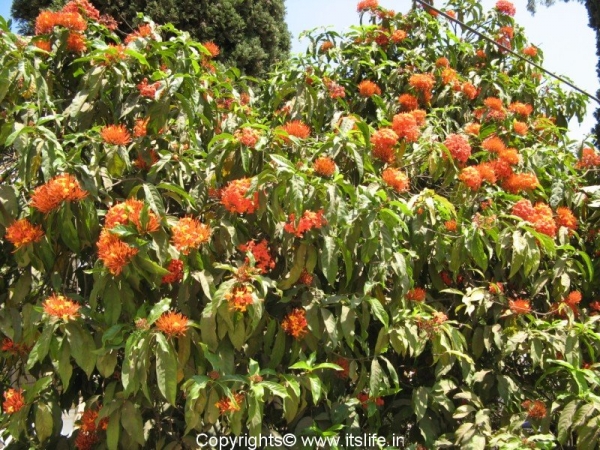 Ashoka Tree is so very well proportioned that it seems that God has given maximum attention while making this species. The tree also looks very graceful with spreading branches and small leaves. The leaves are dark green with a sheen. 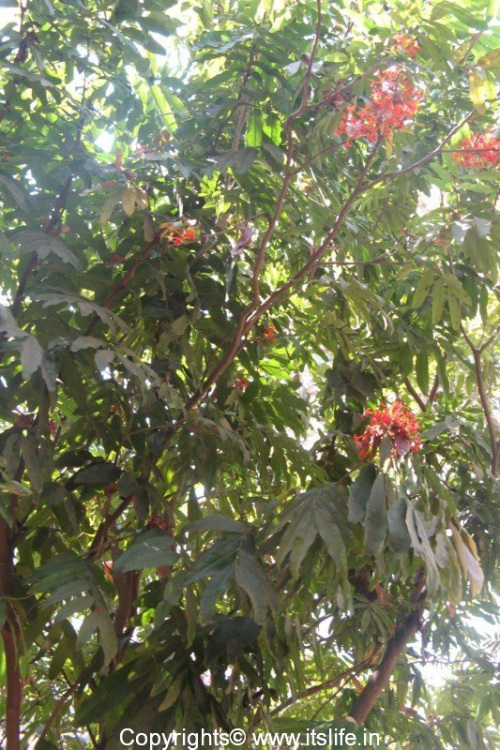 A round canopy with clusters of orange-red flowers that change color as they age adds to the attractiveness of the tree. The flowers bloom in clusters and consists of tubular flowers with four oval petals. The stamens are white and crimson and appear hairy. 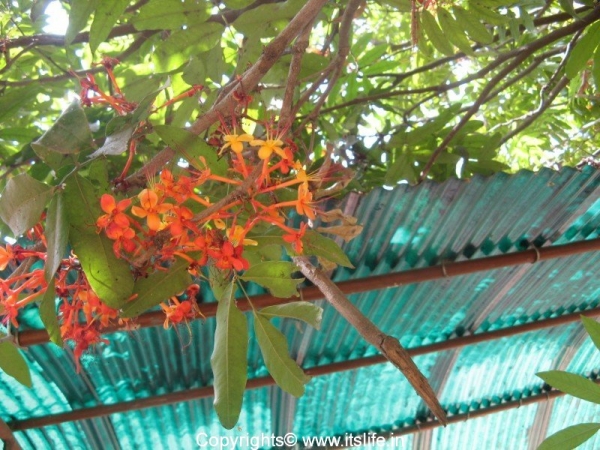 The tree flourishes in the rain drenched regions; hence you can find Ashoka trees growing in the wild in the Western Ghats.  Ashoka Tree is connected to mythology and hence considered sacred in India and Sri Lanka. The Indian epic Ramayana mentions the Ashoka Vatika/garden, where Hanuman meets Sita for the first time in Lanka. One of the names in Sanskrit for this tree is Sita-Ashoka. 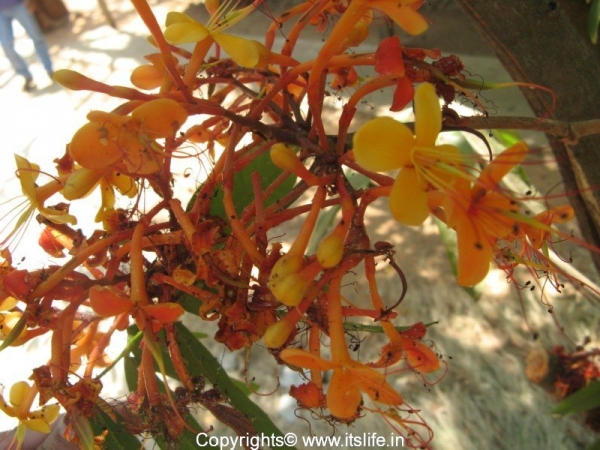 All parts of this tree are used in the treatment of various diseases.

where i can get tis flower in bangalore

I have seen it being grown in most of the houses. Plants can be procured from Lal Bagh.

Where can I buy a plant of this tree (Ashoka Tree) in Srilanka.

Hi Srikantha,
I am not aware where you can buy this plant in Sri Lanka. Good luck,
Shantha

as well can i get in lalbagh and how much it will cost me ?

Good content though not rich. At least this post is not cheating & misguiding. There r some videos which show Red Rangan flowers as claiming them to be Ashoka before ignorant viewers. Videos should be made to warn interested person s against false facts, cheating & misguiding.
Thanks for a authentic post

Yes, the Red Rangan flowers can be mistaken for the Ashoka Tree. Thank you for visiting.