The botanical name of this tree is Prosopis spicigera. In Sanskrit it is known as Shami Vruksha. 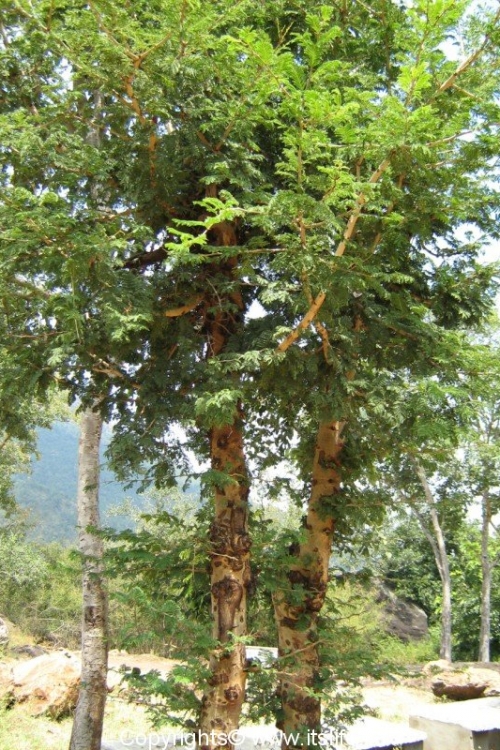 Banni tree is found in dry and arid regions at low altitudes.  This tree is widely grown in North West India and the plains of South India.  It is also found in Pakistan, Afghanistan, Iran and Saudi Arabia.  It is a medium sized tree that can grow up to a height of 12 meters.   It is green throughout the year. 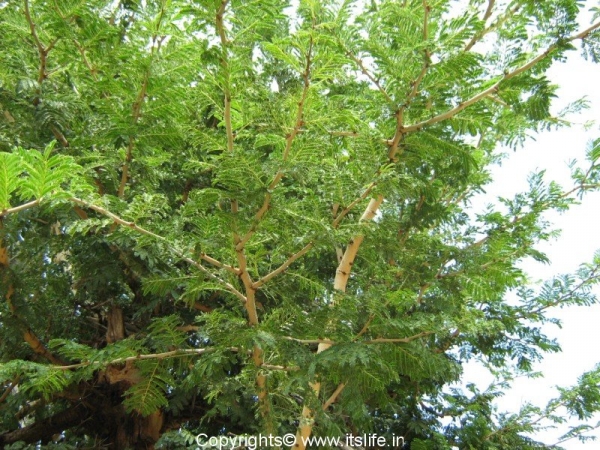 The leaves are small and delicate arranged next to one another, which are used for cosmetic purposes.  The bark of the tree is used to cure many diseases like asthama, dysentery etc.,  and the it is also suitable for firewood and charcoal.  The farmers retain this tree in the fields as they increase the yield of crops growing close to it.

Religious importance
This tree is also known as Shami tree and is very sacred to Hindus.  This tree comes into prominence during Dasara festival.    Every Hindu warrior before going for war would offer prayers to Banni tree and then proceed.  They believed that they would emerge victorious in the war.  The legend behind is rooted in the great epic Mahabharatha.   When Pandavas were in exile for 14 years, they had to spend one-year incognito.  During this period they had to hide their precious weapons lest they give away their identity.  They chose the Shami tree to hide their weapons.  After a year, they came back to the tree and found their weapons intact.  They worshiped the tree and asked for power and victory in the ensuing battle between the Pandavas and Kauravas.  Pandavas won the battle and hence it is believed that the Banni tree gives power and victory to those who pray to it.

Thus on Vijayadashami day people exchange the Banni/Shami leaves and greet and wish each other.  This custom is followed in North Karnataka and Maharashtra.

In Mysore, the Dasara procession would reach Bannimantap, and the Maharaja would perform pooja/prayer to Banni tree and carry a branch of this tree back to his palace. 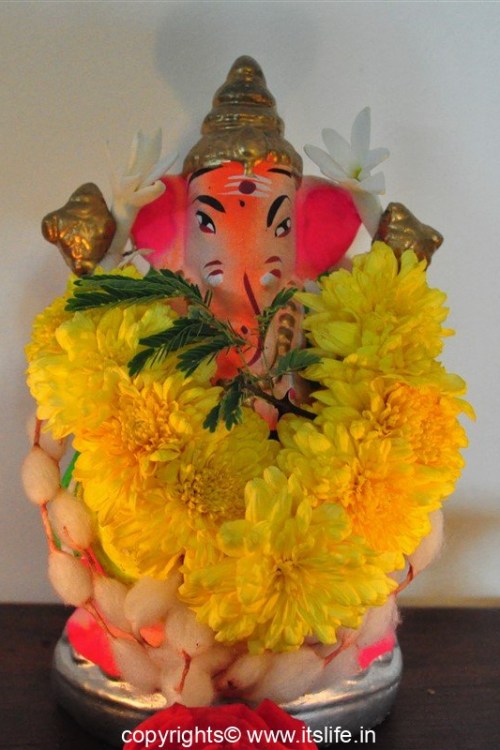 Banni leaves are offered to Lord Ganesha during 21 Patra (leaves) Pooja.  ” Om Ibhavaktraya namaha Sami Patram  Samarpayaami” is chanted while offering this leaf to the Lord.

The Bishnoi community in Rajasthan considers this tree as sacred because it has proved to be a valuable source of food to them.

Planting
The seeds can be planted directly.  The tree needs direct sunlight.

Nice information. In my home town (Krishna raja nagar, Mysore outskirts) there are five Banni tree’s adjacent to each other along the paddy fields. They are believed to be grown on their own and not planted. I heard they bear white flowers during season. One can find one or two banni trees in almost every village outskirts over here. But, that cannot be considered a healthy population of these trees. Most of the giant Banni trees have been chopped off in the last 5 years. Its tough to see trees aged over 15 years in natural habitats. The tree cutters… Read more »

Thanks Raghu for the feedback…….and the five Banni together might look so good!

I got one Shami Plant .But I am not sure if this is the orignal Shami Tree as the I got this thru the nursery.

Can someone please tell me how to identify if the Sha mi Tree is orignal.

Do Reply at my email:snehaverma001@gmail.com

Hi Sneha,
Banni / Shami plant can be identified by its small leaves which are closely arranged and the thorns.
Regards,
Shantha

Thanks a lot for giving the information about this sacred tree ‘BANNI’ tree.People today feel strange hearing the name of this tree, so i think this information is more than enough for them to atleast understand a bit.

THANKING YOU IN ANTICIPATION…….

You are welcome Nithyashree, keep reading…there is more to come.
Shantha

I also planted a shami tree. Can we plant that in home. Pl. tell me.

Yes Alka you can plant it at home.

I want to knpw the religious significance of worshipping the Banni Tree. Is it that , this tree reopresents Lord Shani amongst the Nava Grahas and if one worships this tree he will be blessed by Lord Shani. is it correct.?

Must impressed by your blog and doing a similar one incorporating some more that i knew i have taken the liberty of using an image and also linking you in my blog.Will be much obliged if you could take time out to go through and give me your valuable comments. Thank you so much.

@SHYAMAPRASAD…YES what you have heard is correct.i know many people who worship Shami tree to appease Lord Shani.But also the Peepal tree is worshipped for the same reason. Every Saturday an oil lamp is lit and placed near the tree. Chk it out on http://www.indiadivine.org/audarya/vedic-astrology-jyotisha/616087-tree-worship-improve-planets.html and
http://shanidham.in/page.php?pagecode=shani7&start=1
@Shantha…hope you don’t mind sharing this piece of info on ur blog without taking ur permission.

Hi Shivani,
Thanks for the information. This will benefit the readers.
Keep visiting.
Regards,
Shantha

Hi Sandeep,
Please google about this tree for more information. If you need specific information please let me know, I will get back to you.
Regards,
Shantha

Hi,
I hve shami plant at my home. since last three four months i hve observed that the leaves of shami tree appears thick like some thing is there inside the small leaf.
Please tell me what is this which is observed on shami tree leaves.

Sorry Anand, I cannot help you regarding this.

Thanks for the useful info.
I just wanted to know is it good to have shami tree in home. if yes then in which direction i should put it. i have planted it in a Pot.

Thanks in Advance.
Nidhi

Hi NIdhi,
I have observed that the Shami tree in temples being planted in all directions. I am not sure about the direction at home. Please consult a vastu specialist.
Regards,
Shantha

Thanks for information on Auspicious Day of Dasara.

I was asked to perform puja of this tree…but the name said to me was Saudand. Can anybody throw light on this please?

Atually i had some problem in my Jataka. so i went to some astrologer . he askd me to do poja every day and offer kumkum,flower and pray with some scripted sloka with 8 round … its realy powerful. even t works .

hi
i got a shami plant in my house. What I want to know is that is shami plant have thorns or flowers in it or not?

Thanks a lot for the information. I have shared it in fb too so that my friends can know about it. We follow so many customs without knowing about it.

Hi Sudha,
Thanks for visiting and sharing the link with others.
Regards,
Shantha

I would like to know in Nasik District (Maharshtra) where i can get/purchase shami tree and what are benefits to keep this tree in house.

I have always seen this tree in temples. I am not sure about benefits of having this in the house.

Shami tree can be procured from any nursery.

i have brought a shami plant but it is not a shami because i have seen the pictures of shami on net but it is totally different it also has thorn and small leaves similar to shami. can anyone tell where will i get in mumbai

hello Mr. Shantha,
I need a detail about the plant Juliflora,
whether this plan is good or bad.