King Raghu of Raghuvamsha fame was a brave, generous, humble, and sensible ruler of Ayodhya. He had won many battles and his treasury was filled to the brim. On the behest of his guru Vashishta, he performs the Vishwajit yagna (fire ritual) and gives away all the treasure that he won to the people.

One day a sage by name Kauthsa who was the student of Varathanthu comes to Ayodhya palace. King Raghu welcomes him warmly and washes his feet with water filled in a mud pot. Seeing the mud pot, Kauthsa thinks that he had not visited at the right time and decides to leave. King Raghu asks the sage the reason of his visit and Kauthsa hesitantly tells him that after the completion of his education he had expressed his desire to pay fees to his Guru Varathanthu. He tells that his Guru Varathanthu chided him to get 1 million gold coins. 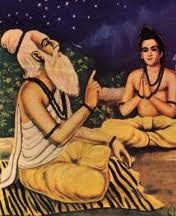 As Kauthsa had heard so much about the generosity of King Raghu, he had decided to come to Ayodhya to ask for 1 million gold coins as the education that he got from his guru was much more than the fees that he has asked for. Kauthsa also says that seeing the mud pot instead of the usual gold pot that King Raghu used to wash his feet, he understood the inability of King Raghu to give this large sum. Hearing this King Raghu asks Kauthsa to rest in the rest house for two days until he made arrangements for the money.

King Raghu thought that he has already won all the kingdoms and he was equipped with Guru Vashishta’s chant to fight the heaven and the Netherlands. He then decides to combat the king of wealth, Kubera.

The next day he sits in a chariot filed with weapons and was about to drive when the treasury minister informs the king that there is a rain of wealth in the treasury. King Kubera realizing the bravery of the King Raghu voluntarily fills King Raghu’s treasury with wealth. The day this event took place was Vijayadashami (the last day of Dasara). 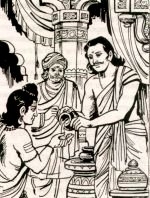 King Raghu immediately offers all the wealth to Sage Kauthsa. But Kauthsa takes only the required amount and blesses the King for an heir to be born, who is as brave and generous as King Raghu. Hence was born Aja and to Aja was born Dasharatha and to Dasharatha was born Lord Rama.

Guru Varathanthu refused to take the fees as he had no desire for money or material. 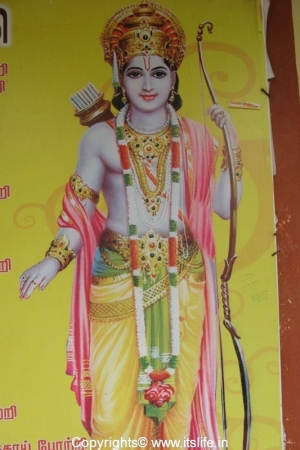 Sage Kauthsa then distributes the 1 million gold coins to all the people of the village. 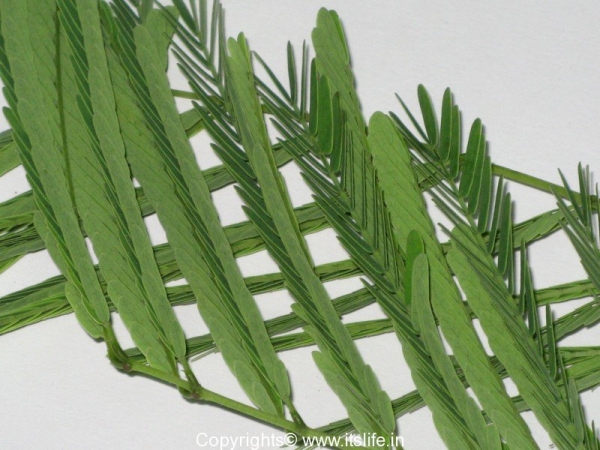 To commemorate this event, on Vijayadashami day, the leaves of Banni (Prosopis spicigera) tree are given to one another as Banni Bhangara (gold).  King Raghu and Vijayadashami are linked together.

Many thanks for the reasons behind the practice. Excellent.

Thanks for the feedback.